Optimal configurations on the flat torus

I'm studying (with my colleagues R.Piergallini and S.Isola) configurations of points on the flat torus which minimize an attractive or repulsive potential depending on the distance. Two model cases are $\frac{\left(d-d_0\right)^2}{2}$, where $d_0\ge 0$, and $d^{-1}$. There is abundance of literature on similar problems on the sphere 1, as famously asked in Smale's 7th problem 2, but we found almost nothing on the torus. On the sphere, typically the distance considered is the standard distance in $\mathbb{R}^3$ between the points of the sphere considered as an immersed manifold. By the way, we're interested in the case of $T^2=\mathbb{R}^2/\mathbb{Z}^2$ as well as that a flat torus generated by circles with different radii (so as to allow, if the shape ratio is suitable, the existence of a hexagonal geodesic lattice). The perfect analogous of Smale's problem is obtained when the distance between points on the torus is intended in the Euclidean metric of $\mathbb{R}^4$, but the problem looks equally interesting when considering the flat metric.

Are there results on this?

Update: Let us say that a configuration is "reticular" if its points are at the intersections of two families of closed, parallel and uniformly spaced geodesics. A symmetry argument shows that, if a configuration is reticular, then it is always a critical point for any potential depending only on the pairwise distance. How to know which reticular configurations (if any) are local minima?

Update n.2: I add some pictures showing numerical simulations. In the first one: 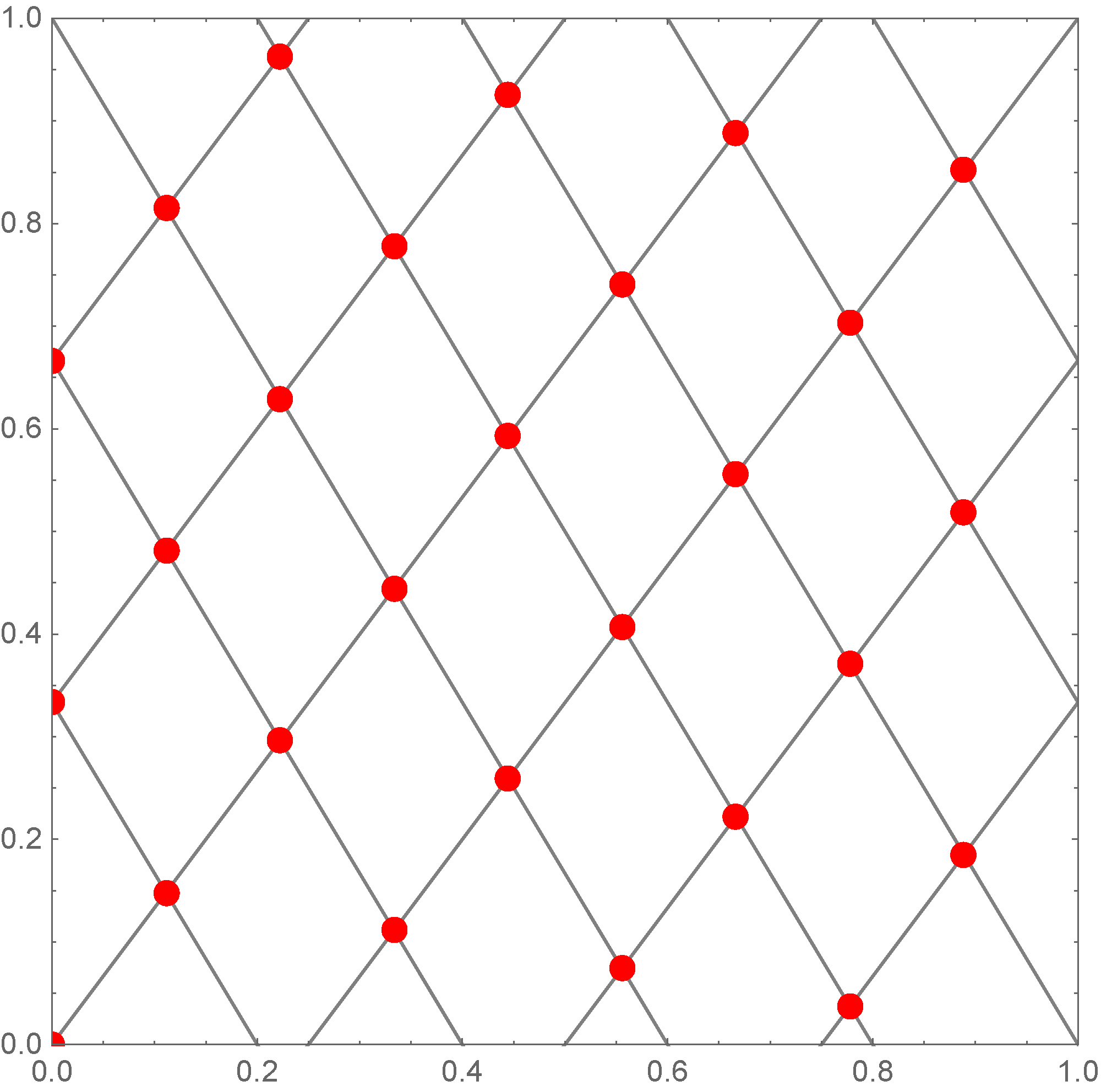 the shown reticular configuration of 27 points on $\mathbb{R}^2/\mathbb{Z}^2$ is numerically assessed as a local minimizer for a Coulombian repulsive potential depending on the distance in the flat metric.

In the second one 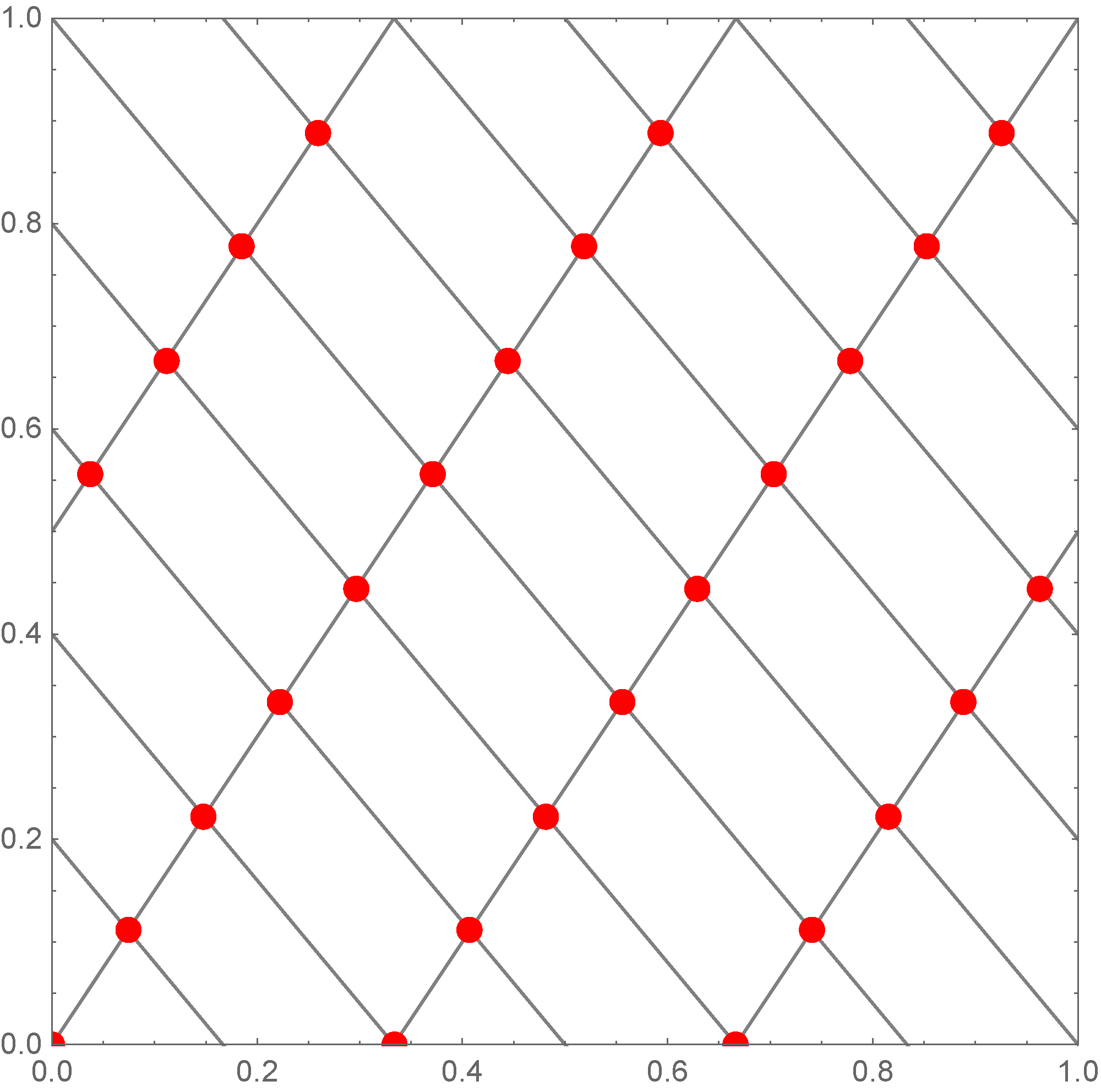 it is shown a reticular configuration (again of 27 points) which is numerically assessed as NOT a local minimizer (in both cases the flat torus is represented as a square with the opposite sides identified).

Browse other questions tagged reference-request riemannian-geometry oc.optimization-and-control critical-point-theory or ask your own question.

8
Preferred embedding of finite metric spaces in riemaniann manifolds of given dimension
5
Standard reference for equivalence of PU(2) action on $\mathbb{C}\mathbb{P}^1$ and SO(3) action on $S^2$
5
Shortest geodesic loop vs. shortest periodic geodesic
3
'Unitary' charts on odd-dimensional spheres
6
Heat flow, decay of the Fisher information, and $\lambda$-displacement convexity
8
Is there a Riemannian metric on the configuration space of $n$ distinct points with “nice” geodesics?
Question feed