With the triangle angle bisector theorem and Morley's trisector theorem as background , are there any pretty theorems known for triangle $n$-sectors, $n > 3$? For example, angle quadrisectors?

The images below suggest a THEOREM which I'm hesitant to believe, but illustrates what I seek : 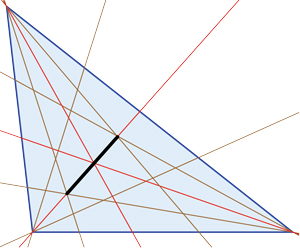 Q2. Are there any "nice" theorems known for how rays $n$-sectoring the angles of a triangle meet one another?

The Lighthouse Theorem of the late Richard Guy says two sets of $n$ lines at equal angular distances, one set through each of the points $B$, $C$, intersect in $n^2$ points that are the vertices of $n$ regular $n$-gons. The circumcircles of the $n$-gons each pass through $B$ and $C$.

Q2: If you take the lines from each vertex to the quadrisectors of their opposite sides, then concurrency does occur giving a hexagon in the middle which is always $\dfrac 8 {35}$ of the triangle area. This can easily be proved with coordinate geometry. 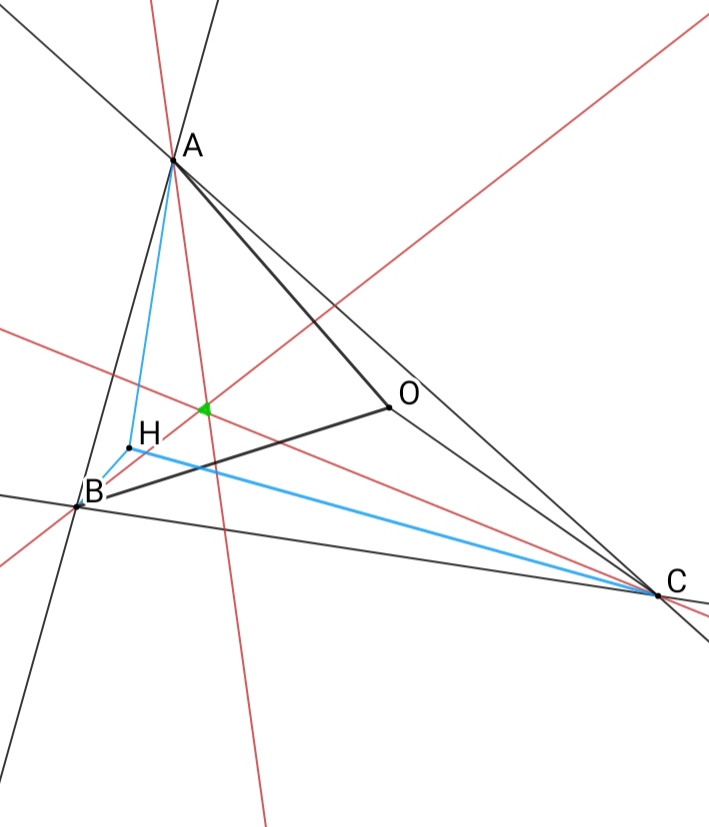 Reference of above theorem:

Not the answer you're looking for? Browse other questions tagged mg.metric-geometry euclidean-geometry plane-geometry triangles or ask your own question.