Why is the billiard problem for obtuse triangles so hard?

This is an incredibly naive question so this may be closed. Nevertheless, I have been reading about the problem asking if every obtuse triangle admits a periodic billiard path, which has been open for a very long time. As someone who has not worked on this problem, I am wondering why what (on the surface) appears to be a "simple" problem is in fact so difficult to solve.

From the little I have read, it would appear that there has indeed been progress into the problem by the likes of Schwartz, Halbeisen et al., Vorobets et al., and more, however none have actually solved this problem. I find it curious that finding periodic billiard paths for acute triangles via the Fagnano billiard orbits is so natural and even simple, yet as soon as the same question is asked about right or obtuse triangles the ease in answering the question is vanquished.

Would anyone here be able to explain to me why this is (I know why Fagnano orbits do not exist in obtuse/right triangles), and how we happened upon methods such as unfoldings to be the best machinery in asking questions about this problem?

I asked Rich Schwartz, who is one of the experts in this area (as noted by the OP). Here, with Rich's permission, is his response:

I am not sure why it is so hard. All I can really say is that, after a lot of experimentation, I can't really see any pattern to it. It might be hard in the same way that building the fountain of youth is hard: nobody has any idea what to do.

Sometimes I have described the problem as being akin to riding your bicycle to the North Pole. You know in advance that something is going to go bad for you, but it is hard to know what that will be exactly.

Theorem 1.1 in Richard Swartz's paper Obtuse Triangular Billiards I: Near the (2,3,6) triangle rules out easy proofs: He shows that, for any $\epsilon>0$ and any $N>0$, there is a triangle whose angles are within $\epsilon$ of $(\pi/2, \pi/3, \pi/6)$ and for which any closed path involves more than $N$ bounces. So we can't write down some finite list of path types that cover all obtuse triangles.

The next simplest paths that can fit into a triangle are self-crossing pentagons, and again only acute triangles result: 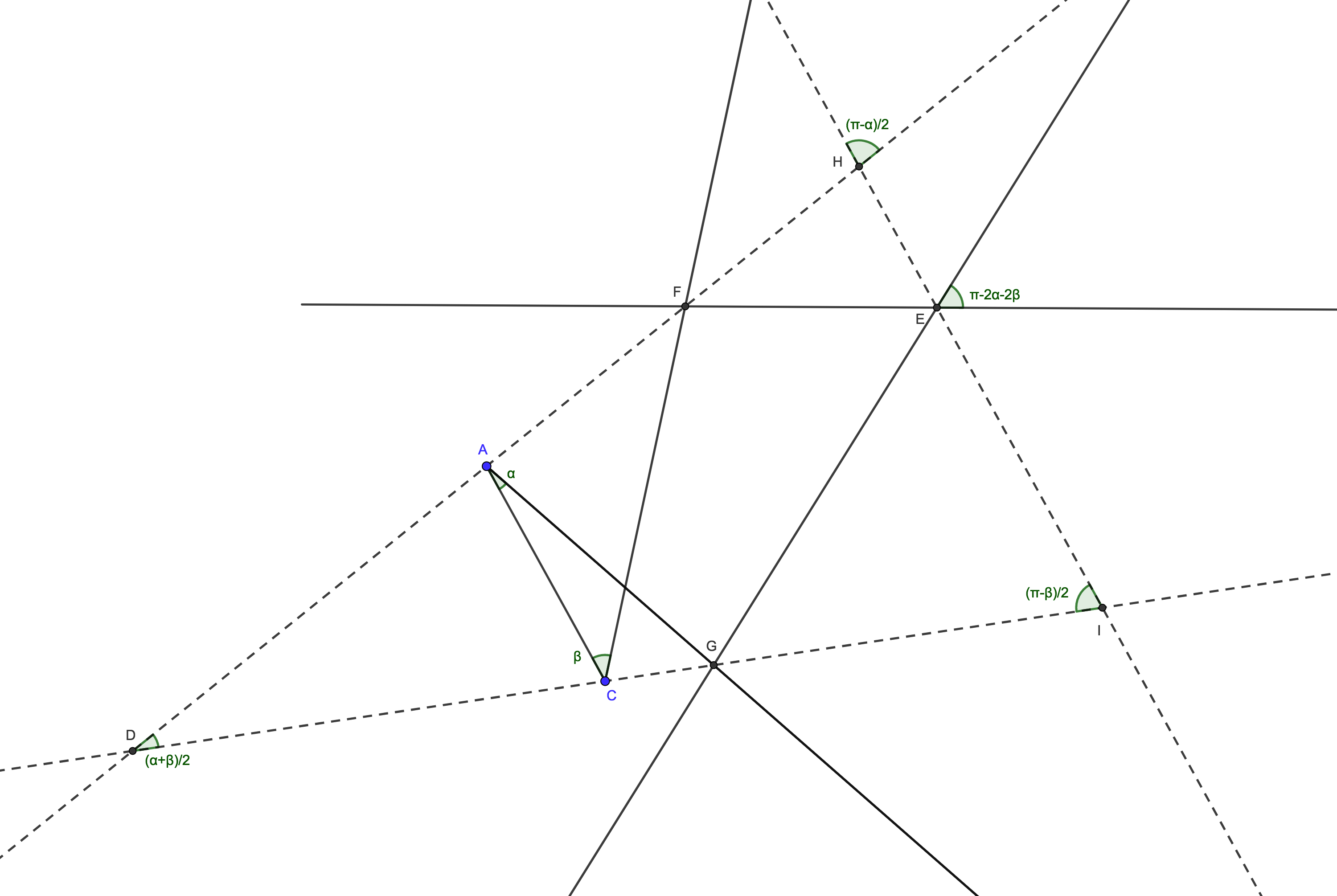 It seems that hexagonal paths are not possible and with higher order paths, even when some obtuse triangles are hit, each configuration will probably cover only a small patch of the space of obtuse triangles, much like pentagons already only partially cover the acute triangle space.

Not the answer you're looking for? Browse other questions tagged ds.dynamical-systems classical-mechanics billiards or ask your own question.