Definition of Affine Root System: What is $\alpha_{+}$?

I was beginning to read Bruhat and Tits article Groupes Reductifs sur un Corps Locale and was confused on a point in the beginning of the section on affine root systems. 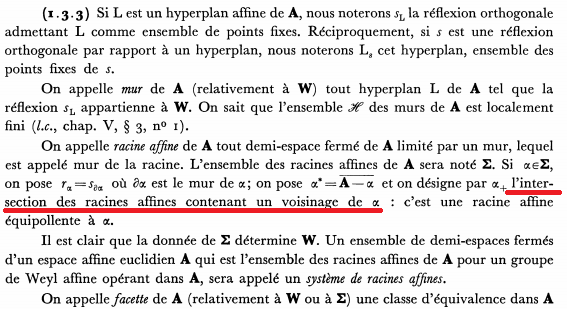 The difference between affine roots in this sense and roots in the ordinary sense is that the former have only a direction but no length. So, Bruhat-Tits could have defined an affine root also as a ray $\mathbb R_{\ge0}f$ where $f$ is an affine linear function whose zero set $\{f=0\}$ appears in $\mathfrak H$.