Does there exist a scale invariant random packing of circles in the plane?

I want to construct a scale invariant random packing of the plane with circles.

Here is a way to construct a rotationally invariant, but not scale invariant random packing of the plane with circles: Suppose I have a Poisson point process in the plane (with say intensity 1 and time parametrised). After some fixed timestep $t_0$ I temporarily stop the PPP. Then start to grow a circle from each point (with the same speed for all circles) until the circle touches another circle then stop. This is also called the random Poisson lilypond model. Now, we continue the Poisson point process and for every point arriving we grow a circle around the point until it touches one of the other circles. Continuing this we get a random packing of the plane with circles. The packing must be rotationally invariant since it was construct rotationally invariant. However, it is quite clear that it is not scale-invariant.

Is there a way to construct a random circle-packing which is also scale invariant?

Ideas: Maybe one can change this construction slightly. For example one could do it on the hyperbolic plane, in the disc and do inversion, on the sphere and do stereographic projection or something along those lines.

Further motivation is provided by the interfaces in the Ising model which have a scaling limit which is even conformally invariant. But the interfaces have a structure which is very difficult to think about so I was wondering whether one could find some of these properties just with circles. 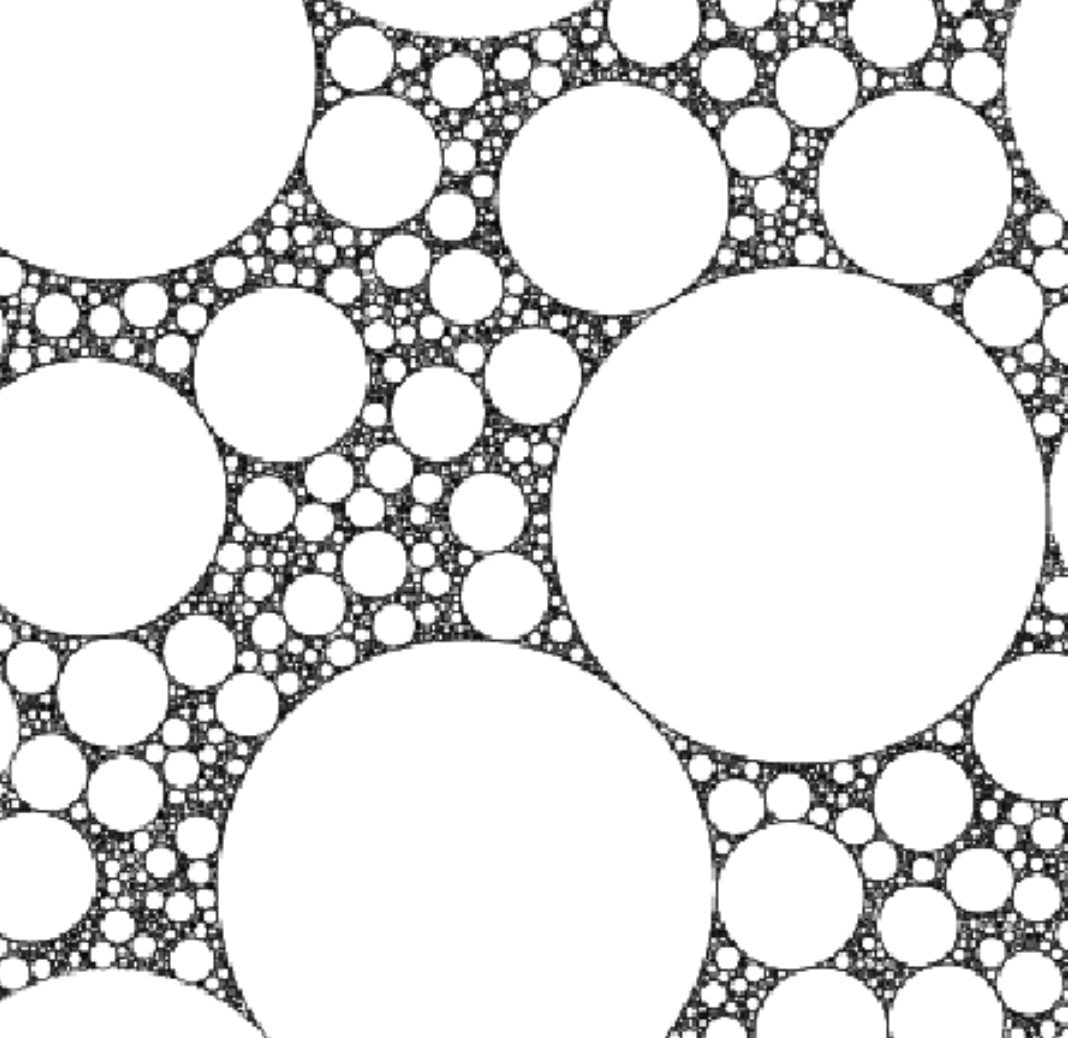 I do not think any scale-invariant random packing of circles in the plane exists, regardless of other symmetries.

Suppose there is such a distribution $D$ of random packings. With probability $1$, the origin will lie in the interior of a circle in the packing; let $X$ be the random variable equal to the radius of this circle when we sample a packing $P$ from $D$.

But it is easy to see that any such $X$ must be $0$ with probability $1$ - if there were a closed bounded interval of the positive reals which $X$ had probability $\epsilon>0$ of lying in, then we could find infinitely many disjoint multiples of it which would also have to have probability $\epsilon$, forcing the PDF to integrate to more than $1$.

Not the answer you're looking for? Browse other questions tagged pr.probability mp.mathematical-physics discrete-geometry geometric-probability packing-and-covering or ask your own question.

19
A circle packing conjecture
14
Expected Degree of a vertex in Delaunay Triangulations
6
Packing density of randomly deposited circles on a plane
6
Area of union of random circles in a plane
4
Is there an “accepted” jamming limit for hard spheres placed in the unit cube by random sequential adsorption?
9
Density of a saturated random packing of congruent circles
8
Random reflections unexpectedly produce banded distributions
Question feed