I would like to find the marginal distribution of the unordered singular values of $X$. The case for $X \sim \mathcal{N}(0, \sigma)$ has been extensively studied, but i can't seem to find any work on the uniform distribution case. 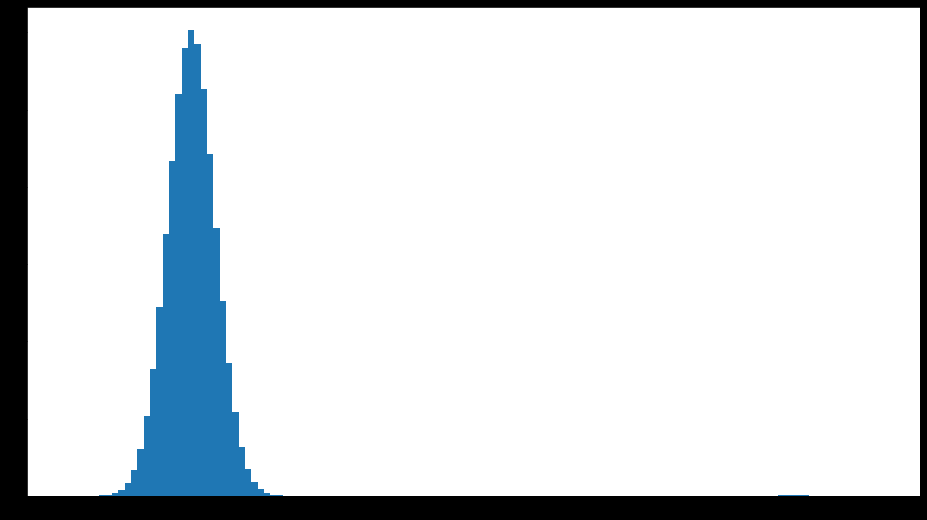 Rescale $Y=(\sqrt{3}/\sigma)X$, so that the matrix elements of $Y$ have uniform distribution with zero mean and unit variance.

The plot below is a test for $M=10^3$, $N=10^4$: the histogram shows the eigenvalue distribution for a randomly generated matrix with uniformly i.i.d. matrix elements, the curve is the Marcenko-Pastur distribution, which as you can see agrees very nicely.
(No idea why the histogram in the OP is so different.) 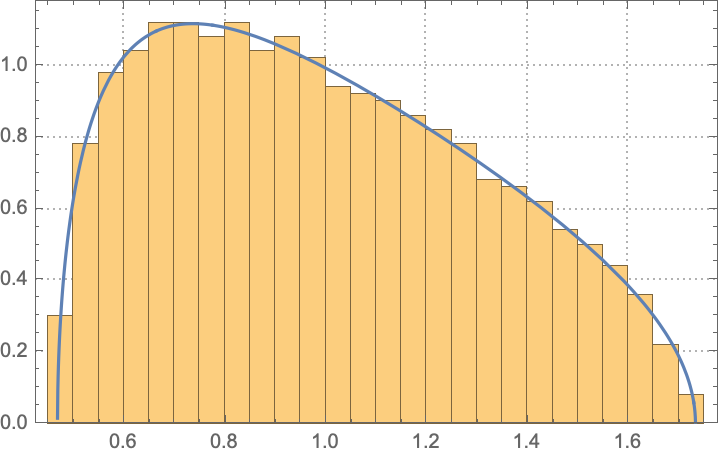 The OP has asked in the comment for non-asymptotic results. I don't think there are exact closed-form expressions for any $N,M$, but the large-$N$,$M$ asymptotics is already reached quite accurately for moderately large values of $N,M$. In the plot below I show the case $M=10,N=20$, which is already quite close to the Marcenko-Pastur limit. 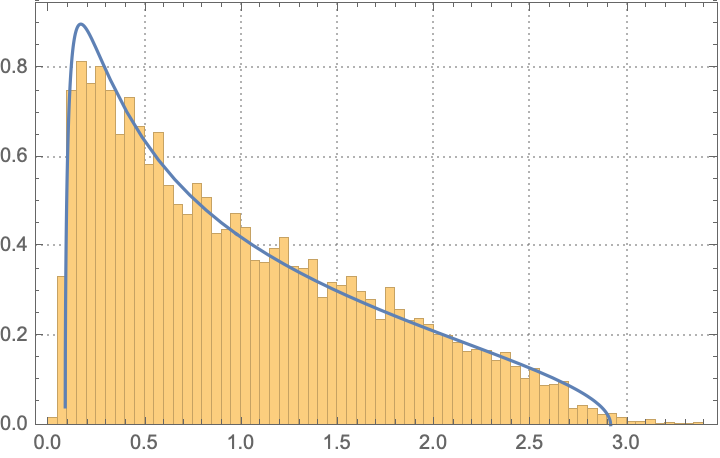 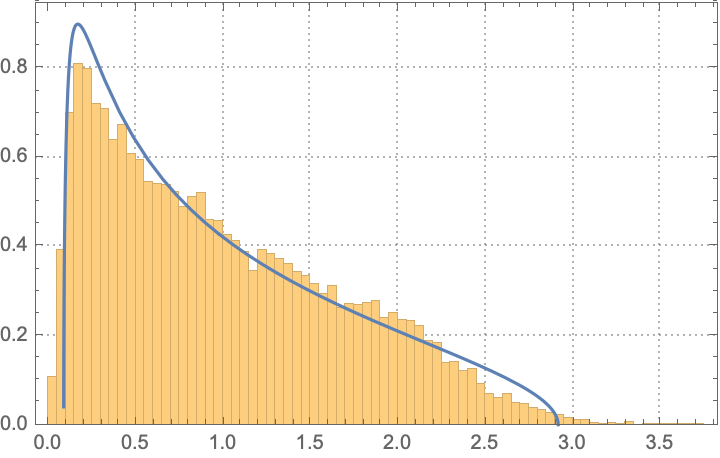 Not the answer you're looking for? Browse other questions tagged pr.probability random-matrices singular-values or ask your own question.