volume of the region above a simplex in a spherical cap

The picture looks like this in three dimensions, except instead of a facet on the top of the object, we have a spherical polytope, and instead of going directly up, we go radially out to the cap from the origin: https://math.stackexchange.com/questions/435060/volume-of-n-dimensional-solid-w-n-1-dimensional-simplex-as-a-base 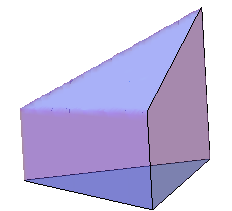 If one cannot come up with such a formula, can one obtain a lower bound for the volume of this region, again in the form "$|S|\times$ something", that does not involve the factor $1/n$? In the link below, someone asked a similar question about inscribing an $n$-simplex in a cap, but the volume of this set involves a $1/n$ factor. Perhaps one could use a sequence of sets contained in the region, whose volume, when added up, gets rid of this factor?

Thank you in advance.

Related: Maximal volume of a simplex inscribed in a spherical cap

Browse other questions tagged convex-polytopes convex-geometry or ask your own question.

6
Maximal volume of a simplex inscribed in a spherical cap

25
Ellipse naturally associated with a polygon
3
volume of the projected body
13
Detecting a hidden convex body with line probes
6
Maximal volume of a simplex inscribed in a spherical cap
3
What are midway sections of simplices?
Question feed