Several convex polytopes in a simplex; fix an extreme point for each; how many can be supported by a function monotonic on all line segments?

Sorry the title may be unclear. I do not know how to give it a good title.....

Suppose $A$ is a convex polytope in $\Delta$ and $x$ is an extreme point of $A$. Then we know that there exists a hyperplane containing $x$ such that $A$ lies in one side of the hyperplane. (Supporting hyperplane theorem)

For example, in the following graph, we have three hyperplanes $H_i$ passing through $x_i$ such that all $A_i$ are "below" $H_i$. 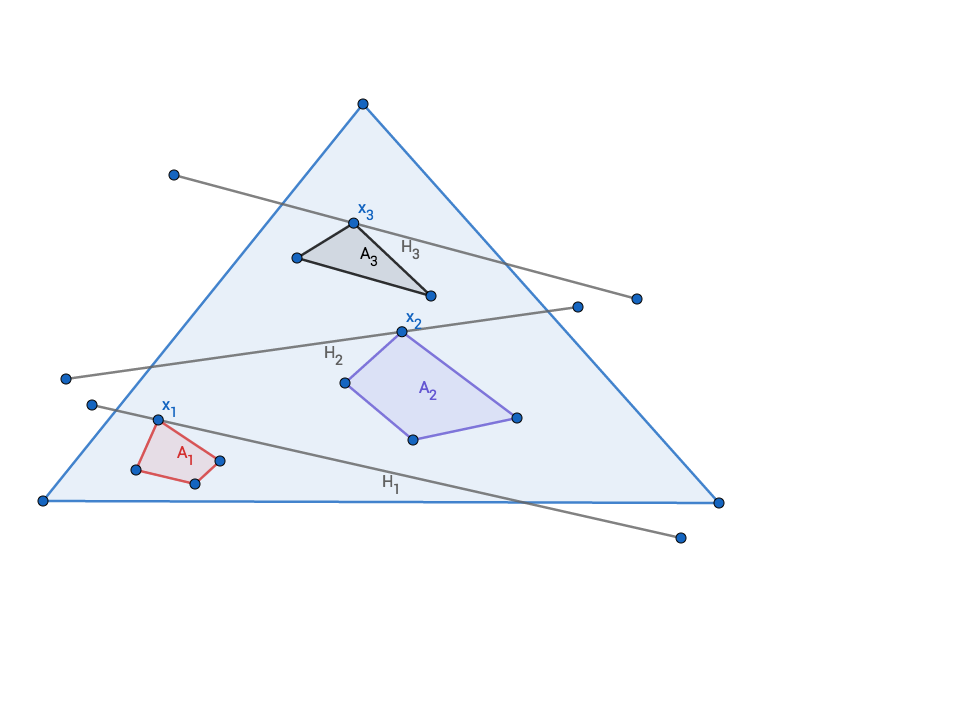 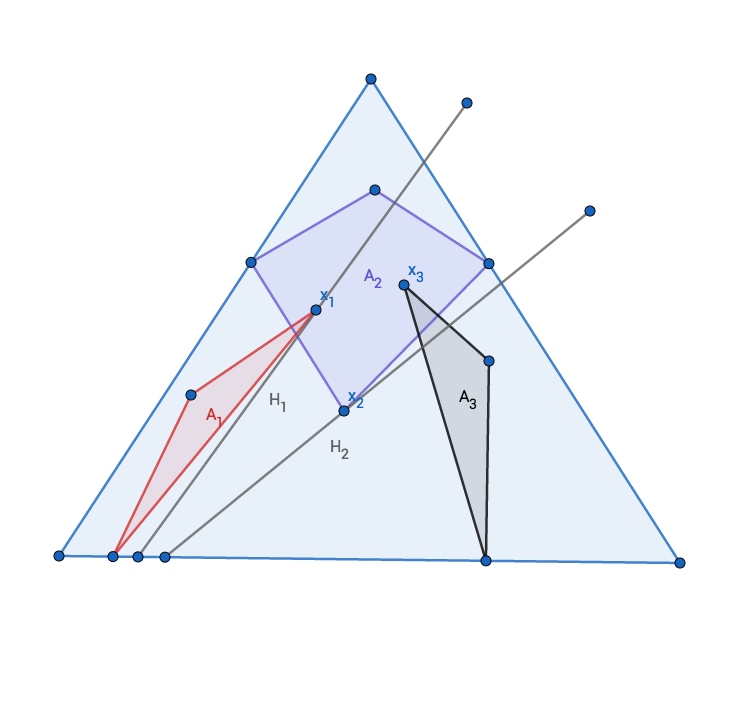 This is a convex geometry problem, right? Also a combinatorial problem? Any reference is welcome. Thank you.

Just a request for clarification, not an answer. 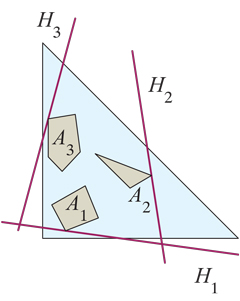 7
Regions of Hyperplane Arrangements
2
Integrally closed polytopes from 01-matrices
8
When will the supporting hyperplane of a convex set coincide with the tangent?
7
Is every polytope combinatorially equivalent to the intersection of a simplex and a linear subspace?
8
Separating a lattice simplex from a lattice polytope
Question feed