Area of a elliptic surface confined by a sphere

I do not think so. Just imagine that you peel a large orange whose surface area is much bigger than that of a unit sphere. Then you "spiral" the peel to make it arbitrarily small and place it inside a unit sphere. Imagine a surface that looks more or less as this one: 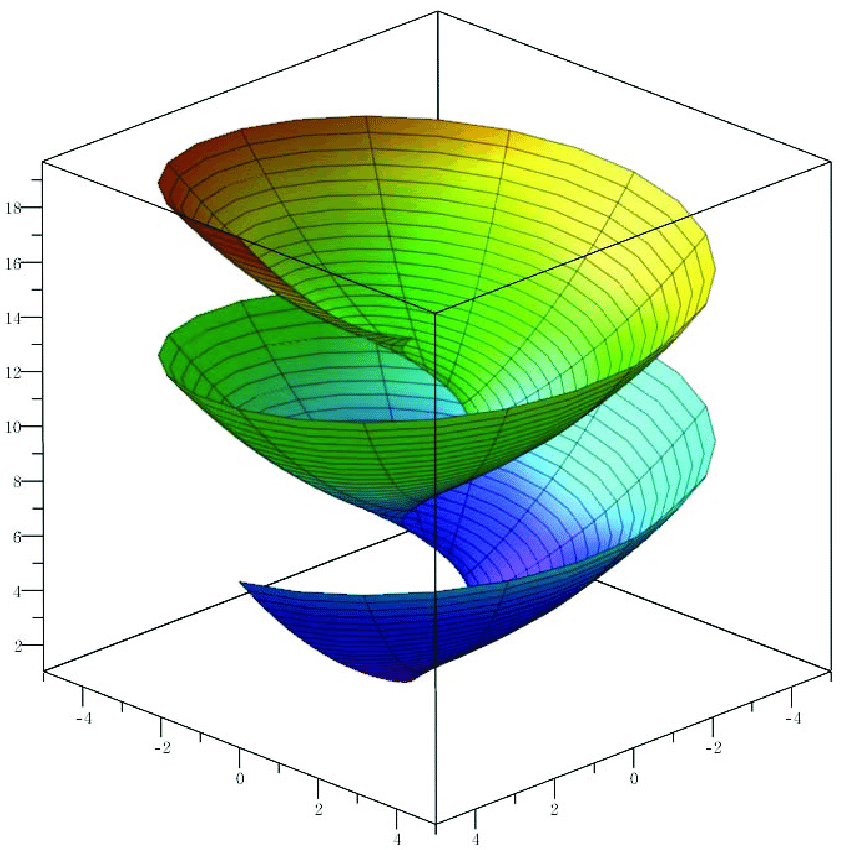 It has positive curvature so very point is elliptic. Here you remove a small cylinder around the vertical axis so there is no problems with the curvature. Since you can have as many "turns" as you want, its surface area can be arbitrarily large while the surface occupies a small region in space.

Not the answer you're looking for? Browse other questions tagged dg.differential-geometry curves-and-surfaces isoperimetric-problems or ask your own question.

1
Area of a surface confined by a sphere II

3
area variation of a closed surface under ${\rm SL}(3)$
3
Is the radial projection map area increasing?
1
Area of a surface confined by a sphere II
Question feed