Is every finite graph an induced minor of $\omega^2$?

Is every finite graph an induced minor of $\omega^2$?

Definitely not all graphs are minors of $\omega^2$ - $\omega^2$ is obviously a planar graph, and hence so is each of its minors. In fact, it turns out the converse also holds - every planar graph is an induced minor of $\omega^2$. Let me illustrate the construction with a small example. In the following illustrations, each small square is meant to represent an element of $\omega^2$, and two such are neighbours iff they share a side. 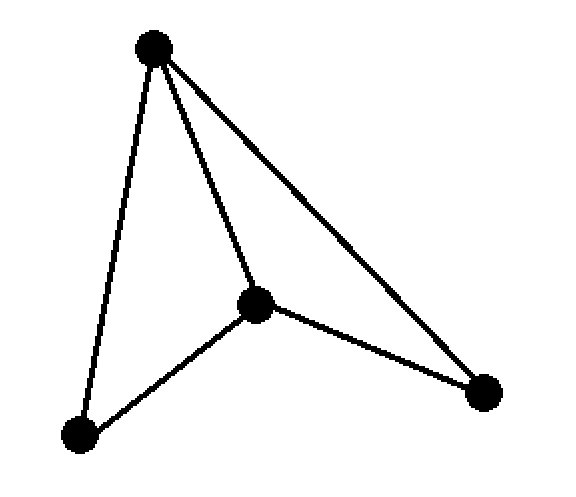 We replace each vertex with a suitably large blocks (the higher the degree, the larger the block will need to be), and replace each edge with a chain of squares between corresponding two blocks, so that no two chains have squares sharing a side: 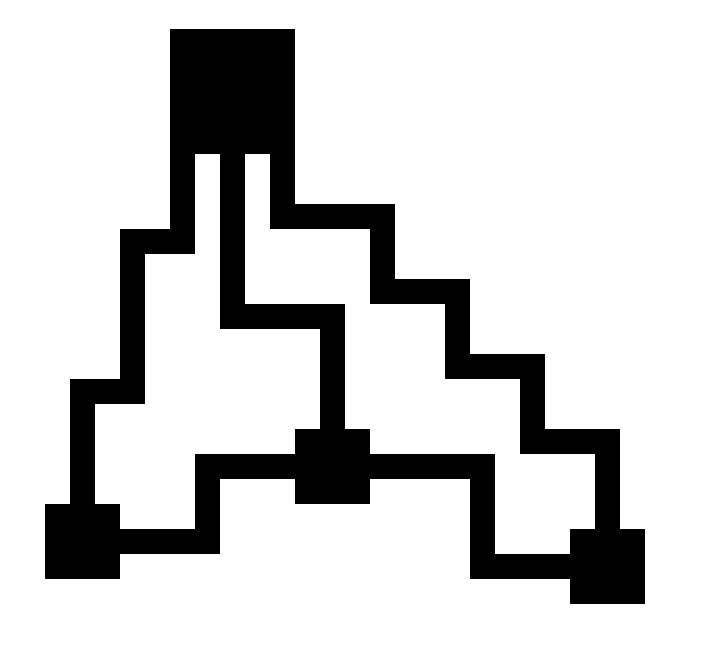 Now we just need to split those squares into sets, which I will represent with colors. Each vertex block gets a separate color, and a chain corresponding to an edge can be given either color of its endpoints: 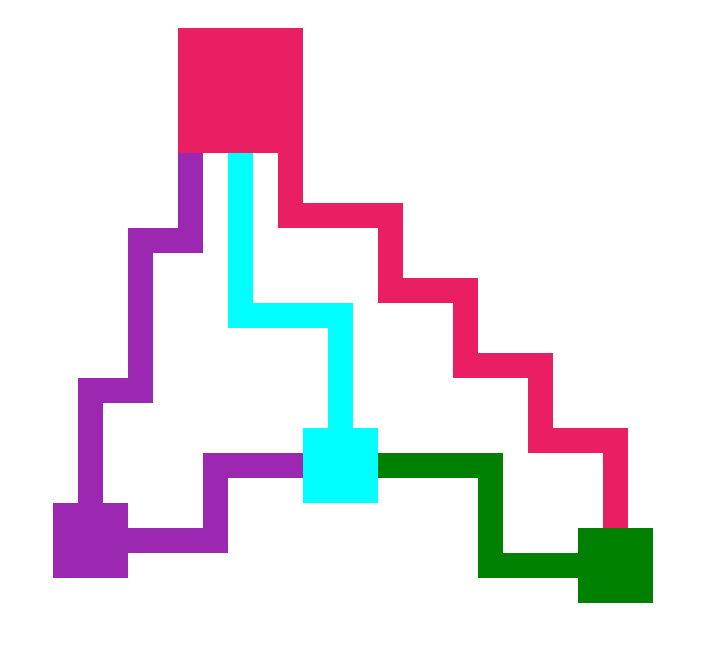 I am not crazy enough to write out the details of how such construction would work for arbitrary planar graph, but I hope the idea gets across, and that it's more or less clear that it's always possible.

In the comment I have mentioned that there is no such restriction in three dimensions, and indeed any countable graph is an induced minor of $\omega^3$. For finite graphs a procedure as above can be repeated, but it's not immediately clear that it will work for infinite graphs, so let me spell out an explicit construction.

Not the answer you're looking for? Browse other questions tagged graph-theory infinite-combinatorics graph-minors or ask your own question.

3
Minor ordering for finite graphs
2
Does the minor graph of graphs on $\mathbb{N}$ have an uncountable independent set?
0
Graph homomorphism to minor
2
Induced minors of $\{0,1\}^\omega$
1
Tightly knit graphs on $\omega$
5
Disjunction number of a graph
6
Induced subgraphs of the almost-disjointness graph
Question feed