Priority for lemniscate of Gerono?

The Lemniscate of Gerono is a special case of the Lissajous curves. The dates for the two mathematicians are fairly close: Gerono (1799-1891) and Lissajous (1822-1880). There seems to have been earlier work (by Grégoire de Saint-Vincent in 1647 and Gabriel Cramer en 1750) that Gerono and Lissajous don't seem to have been aware of.

Historically which of the two 19th century Frenchmen has priority for the lemniscate? Was Lissajous aware of Gerono's work when he introduced his curves?

The question was posed a few days ago at hsm to little effect.

The lemniscate $x^4-x^2+y^2=0$ was discussed in Gerono's Géométrie Analytique from 1854, see screenshot, while Lissajous's "Mémoire sur l'étude optique des mouvements vibratoires" is from 1857.

It is also stated that A. Aubry gave the $a=0$ curve the name lemniscate of Gerono in honor of his friend and colleague Camille Christophe Gerono. (I have not been able to locate Aubry's "Essai sur l'histoire de la géométrie des courbes".)

Correction: the evidence presented by Francois Ziegler indicates that it was not Aubry who coined the name "lemniscate of Gerono". I searched a bit further, and found a source (Gomes Teixeira e a lemniscata by Ana Inês Pimenta Azevedo, pages 18, 95, 140) that attributes this name to the Lasallian Brother Gabriel Marie's Exercices de géométrie descriptive. There are various editions of this book, the 1900 edition is here and refers to the lemniscate of Gerono on page 208.
This edition lists as author "F.J", being the initials of the superior of the Lasalle Brothers, as was the custom for that order. Later editions do identify Frère Gabriel Marie as the author.

Concerning issues of priority, Huygens and Leibniz had corresponded on the curve $x^4-x^2+y^2=0$ in 1691, in an attempt to integrate the area enclosed by this self intersecting curve. (A quadrature which Newton had claimed to be impossible.) This predates both Gerono and Lissajous by one and half century... 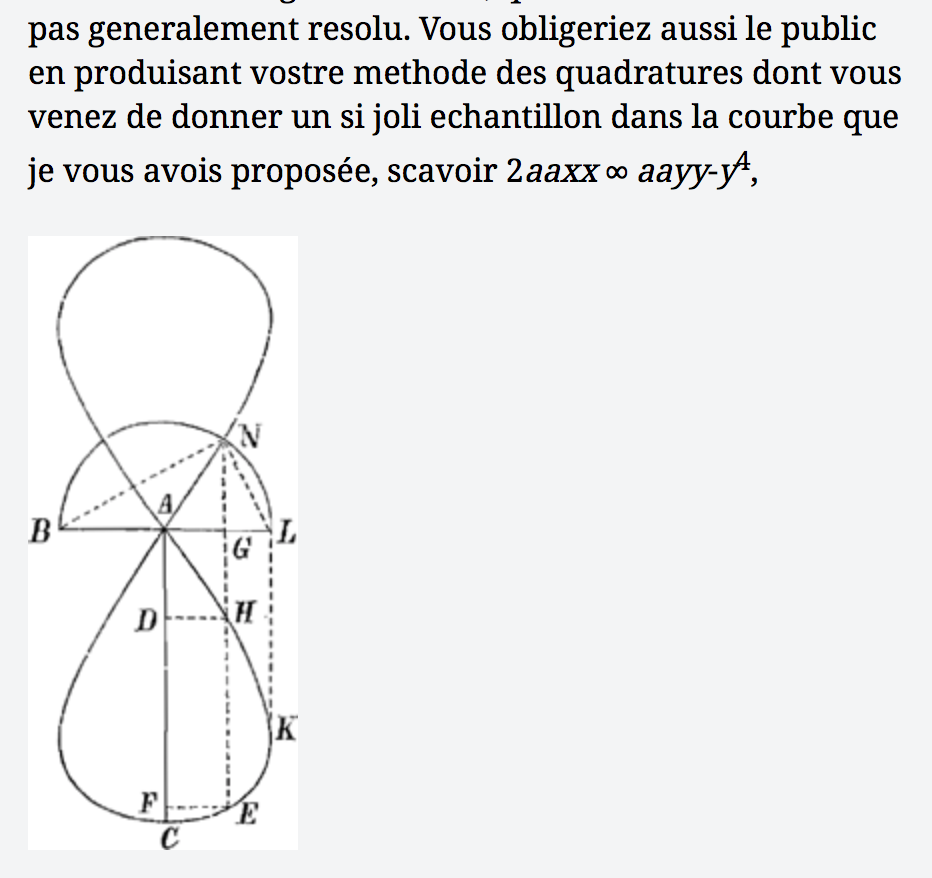 The public would be much obliged if you would present your method of quadrature,
of which you have given such a nice example for the curve that I had proposed to you,
namely $2aaxx\propto aayy-y^4$

Letter from Christiaan Huygens to G.W. Leibnitz, 26 March 1691. Note that Huygens refers to the lemniscate equation as "a curve that I proposed to you". This may justify the name lemniscate of Huygens used in some of the literature instead of "lemniscate of Gerono".