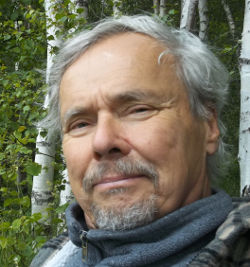 The possibility of circle references in human language is totally independent of consistancy of mathematics. It's common sense and it can also be proved.

"This statement about axiomatic set theory is false."

Statements with circle references may conflict with the Aristotelian logic of terms, but do not interfere with mathematical deduction, because there is an logically equivalent and consistent three valued logic, which admit circle references.

The trick is to split 'false' into two logically equivalent but different alternatives: 'false' and 'absurd' in a systematic algebraic way, which results in a unique commutative semiring which can be interpreted as a three valued logic that preserve all tautologies and rules of inference. All theorems can be proved and absurd statements exists besides false statements and as harmless.

All Questions Answers
Votes Newest
33 Continuous relations? Aug 22 '14
5 The set of numbers $a+b$ such that $ma^2+nb^2$ is prime Sep 1 '17
3 Continuous relations? Aug 23 '14
3 Category Theoretic Interpretation of Matroids? Oct 5 '14
2 Is rigour just a ritual that most mathematicians wish to get rid of if they could? Nov 5 '14
2 Integer valued polynomials over several variables Jan 7 '19
2 Categories with binary relations as objects Aug 30 '14
2 Quasigroups extracted from the rational numbers and division Aug 11 '15
1 A morphism-revealing category? [closed] Feb 16 '16
1 Primes and the factorial Jul 6 '16
View all questions and answers →