In 1958, Smale proved that a $2$-sphere can be "turned inside out", and throughout the 60s, 70s, and 80s, explicit constructions such as Thurston Corrugations, and Minimax eversions were developed to visualize this sphere eversion. I just encountered a recent youtube video: Torus Eversion, which depicts the eversion of a torus. My general question is then this,

Is there a characterization, by Euler characteristic, genus, or some other topological invariant, for which surfaces have eversions?

One may also use the torus eversion shown in the link to evert all surfaces of genus $g>0$ in a simpler fashion. For the 2-sphere, I like the eversion given a couple of years ago by Aitchison.

My answers should be comments, but I am, unfortunately, more verbose. For a single handle, consider making the double cover of a Klein bottle as follows. Take an immersed Mobius band which is half the bottle, and make it out of paper. Now double the paper. Of course you can't do this physically since the paper has to pass through itself. But if you make a standard Mobius band and double it, you'll see that you have constructed an orientation double cover. You can double the surface to get a torus double covering the Klein bottle. Let it pass through itself.

So if you see how to regularly homotope an embedded torus to the double cover of the Klein bottle, you are done with this example. That is the gist of Ian's and Ryan's comments.

I was told at sometime that Shapiro's idea is to do the same thing with Boy's surface. You can pass the orientation double cover through itself. The problem is to find a regular homotopy from an embedded sphere to Giller's surface.

No one that I know of (including me) has drawn a reasonable diagram of Giller's surface. It can be done using a movie of Boy's surface, doubling the loops, and tracing the critical points and crossings through the movie. The techniques for making such a diagram are found in my book . As I said therein, the problems with outside-in and Morin's construction is that the symmetric middle pictures are highly singular.

Such surfaces (including and especially outside-in) and regular homotopies should be made out of some translucent materials --- colored glass. They would be exquisite to look at.

Scott may be too modest to promote his own book, but that doesn't constrain me: It is delightful! :-) 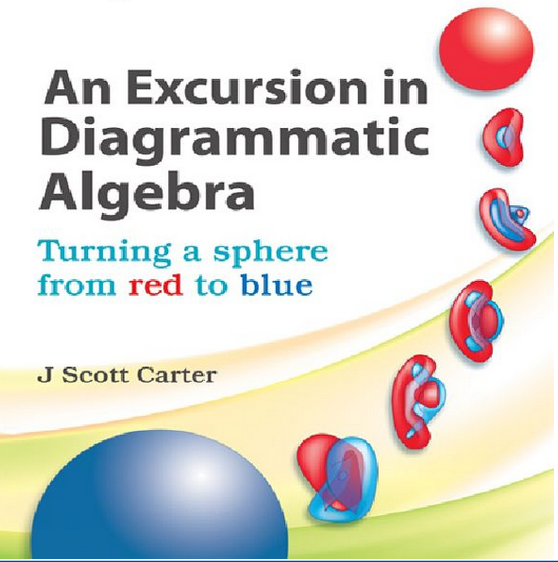 Not the answer you're looking for? Browse other questions tagged gn.general-topology gt.geometric-topology or ask your own question.

5
Freeing a sphere from within a sphere
17
Does there exist a surface bundle over a surface of genus at least 2 that fibers in three distinct ways?
2
Minimal genus of Seifert surface of torus knot
2
Digital topology, animal problem, 2-sphere and torus
11
Concrete examples of covering from the 3-torus to the 3-sphere
32
Classifiying sphere eversions
4
Example of a doubly degenerate surface group not coming from a pseudo-Anosov mapping torus
3
A conjecture on antipodes and Jordan curves on the sphere
25
Algebraic graph invariant $\mu(G)$ which links Four-Color-Theorem with Schrödinger operators: further topological characterizations of graphs?
Question feed