compressibility of Seifert surface after 0-surgery

Revised answer: I found a paper of Ozawa and Tsutsumi which constructs examples of Seifert surfaces which compress when capped off in the 0-framed surgery. See also Tsutsumi for further examples.

In fact, their constructions give knots with Seifert surfaces with "accidental peripheral" curves. That is, given a knot $K$ with exterior $E(K)$, and Seifert surface $S\subset E(K)$, then $S$ has an accidental peripheral curve if it has an essential curve $c\subset S$ (not parallel to the boundary of $S$) which is homotopic into $\partial E(K)$. When one performs 0-framed surgery on $K$ and caps off $S$ to get a closed non-separating surface $\hat{S}\subset S^3_K(0)$, then the curve $c\subset \hat{S}$ is essential in $\hat{S}$ since it is in $S$ and $S$ has only one boundary component, but it will be homotopically trivial in $S^3_K(0)$, since as they point out the homotopy of $c$ to $\partial E(K)$ will be realized by an annulus with interior embedded in $E(K)-S$, and hence intersecting $\partial E(K)$ in a curve of slope $0$ which gets capped off to a disk in $S^3_K(0)$. 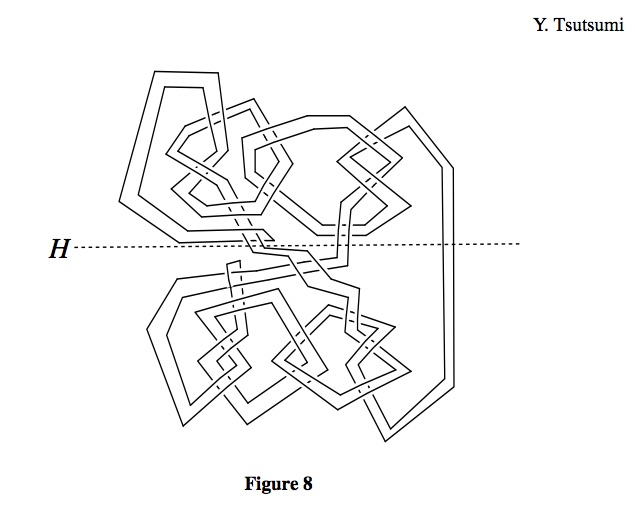 I don't know an answer, but I'll make a suggestion. If you have a knot with infinitely many Seifert surfaces, then there's a closed incompressible surface (it's a kind of limit measured lamination). http://www.ams.org/mathscinet-getitem?mr=2420023

If you perform 0-framed surgery, and the Seifert surfaces remain incompressible when capped off, then this closed surface should also be incompressible in the Dehn filled manifold. So my suggestion is to find a knot with a closed incompressible surface in its complement which compresses in 0-framed surgery. The pretzel knot examples don't seem to work. One possibility is to stick a handlebody with this property in $S^3$, such as http://www.ams.org/mathscinet-getitem?mr=2032111. Then you would also need to check that summing a minimal genus Seifert surface with the closed surface infinitely many times remains incompressible. I'm not sure how to do this part.

Not the answer you're looking for? Browse other questions tagged gt.geometric-topology incompressible-surfaces seifert-surfaces or ask your own question.

9
Is every virtual knot group an HNN extension?
16
Looking for “large knot” examples
14
Three-manifolds having a Reebless foliation but not a taut one
5
Fibered knots vs Heegaard genus
4
Looking for examples of large hyperbolic two-generator knots or 3-manifolds
6
Essential surfaces in knot complements
4
Embedding spaces and surface knots in high dimensional manifolds
6
Given a link $L\subset S^3$ how to construct a link $L'$ whose complement have hyperbolic structure?
5
Geometry of a manifold after Dehn filling, in terms of geometry pre-filling
Question feed