An ellipsoid could be rolled (without slippage) on a horizontal plane so that its point of contact traces out a closed geodesic on its surface: 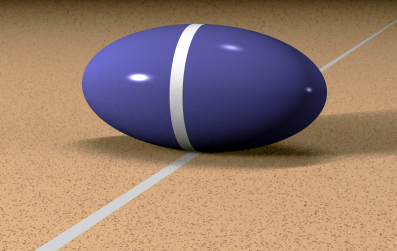 Q1. Which other convex bodies (in $\mathbb{R}^3$) share this property?

A version of this question was raised in an earlier MO question ("Rolling a convex body: Geodesics vs. rolling curves") in which Andrey Rekalo pointed to the book Geometry of nonholonomically constrained systems by Richard H. Cushman, Hans Duistermaat, and Jędrzej Śniatycki. This book indeed describes the relevant equations of motion, but I am not finding it easy to extrapolate from their discussion to answer the posed question.

Q2. What conditions suffice to guarantee that a particular closed geodesic is the trace of a rolling curve?

I was particularly wondering:

Q3. Will a Zoll surface, all of whose geodesics are closed, roll along (some of its) geodesics?

It would be quite interesting if the answer is 'Yes', although I think this is unlikely. (Zoll surfaces were discussed in two earlier MO questions: "Surfaces all of whose geodesics are both closed and simple" and "Riemannian surfaces with an explicit distance function?.")

Thanks for any suggestions or pointers!

I don't have a definitive answer, but surely any convex surface $S$ in 3-space that has reflectional symmetry about a plane $P$ will roll along the geodesic $S\cap P$. If you take such a surface with 120-fold icosohedral symmetry group in $O(3)$, you'll get quite a few such geodesics, more than the (generic) ellipsoid has.

16
Fastest Rolling Shape?
7
Rolling a convex body: Geodesics vs. rolling curves
10
Do elongated convex objects all have long simple geodesics?
39
Surfaces filled densely by a geodesic
5
Non-closed geodesics on a convex polyhedron in $\mathbb{R}^3$
6
Self-avoiding/reflecting geodesics on a convex surface
11
Which surfaces admit unbounded-length simple geodesics?
15
Can a shape rolling inside itself reproduce that shape?
9
Which convex bodies roll straight?
Question feed