It seems that commutative diagrams appeared sometime in the late 1940s -- for example, Eilenberg-McLane (1943) group cohomology paper does not have any, while the 1953 Hochschild-Serre paper does. Does anyone know who started using them (and how they convinced the printers to do this)?

In a note of 3/20/1933 (Nachlass, fasc. 449) and in a further undated note (fasc. 571), Hausdorff symbolized the functoriality property of homology (in our later terminology) with a commutative diagram of homomorphisms between the terms of two sequences of groups $(A_n)_{n\in\mathbf N}$, $(A'_n)_{n\in\mathbf N}$:

Could this have, somehow, made its way out of Bonn (where Hausdorff lectured on combinatorial topology that year) and to Hurewicz, Eilenberg, Steenrod, et al.? This seems not impossible, as e.g. Tucker (1932, footnote 4) mentions discussion of Hausdorff letters in the Princeton seminar. Maybe also noteworthy: Hausdorff’s colleague and mentor in Bonn was Eduard Study, author of another early commutative diagram. 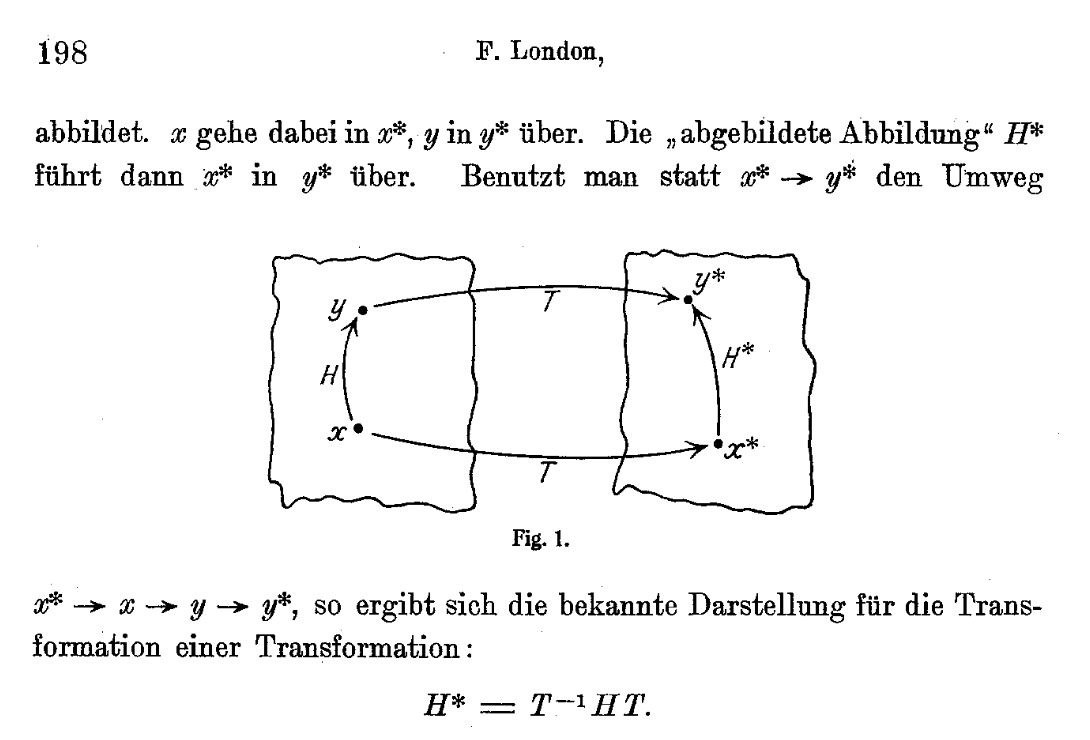 (For the story of the arrows themselves, see the relevant questions on $\to$ and $\mapsto$.)

An excerpt from MacLane's "Categories for the working mathematician" (29-30)

The fundamental idea of representing a function by an arrow first appeared in topology about 1940, probably in papers or lectures by W. Hurewicz on relative homotopy groups; see [1941].

Categories, functors and natural transformations themselves were discovered by Eilenberg-Mac Lane [1942a] in their study of limits (via natural transformations) for universal coefficient theorems for Čech cohomology. In this paper commutative diagrams appeared in print (probably for the first time). Thus Ext was one of the first functors considered. A direct treatment of categories in their own right appeared in Eilenberg- Mac Lane [1945]...

This last mentioned paper is the one referred to in KConrad's answer. 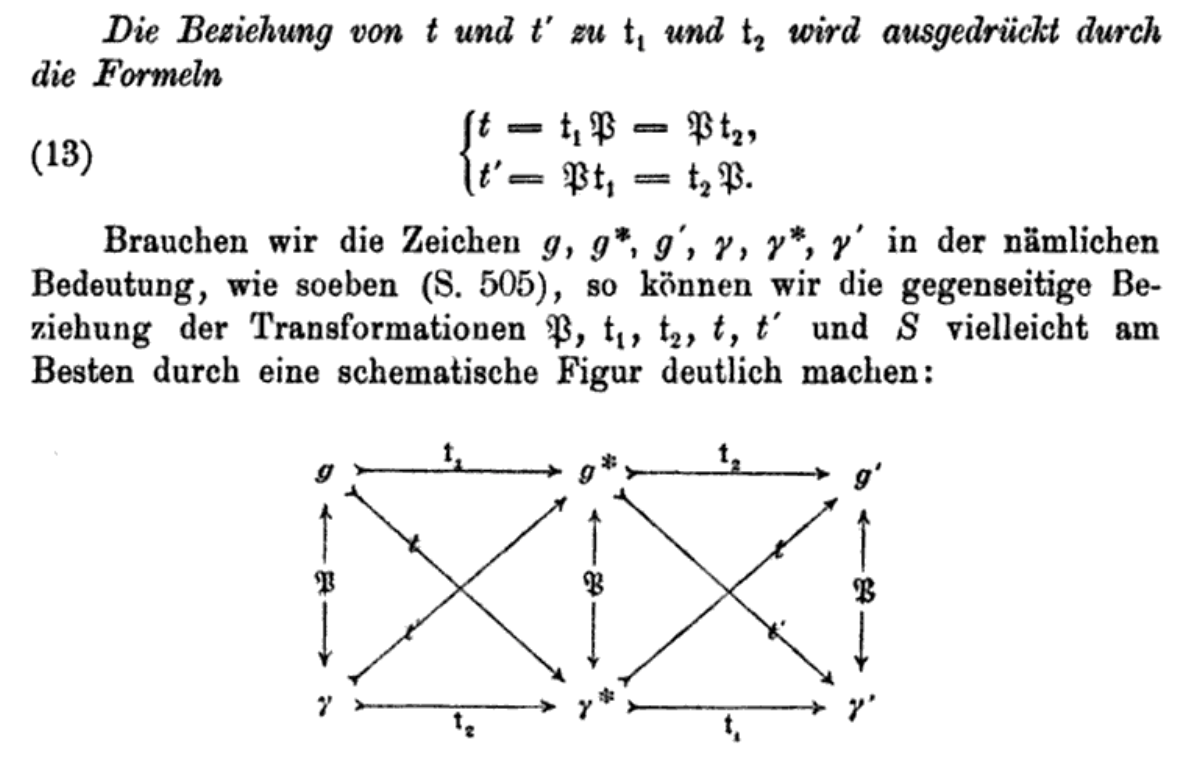 There's Russell's example from 1919, see here where conjugacy between relations is expressed diagrammatically.

Commutative diagrams really show their significance when dealing with categories, so I would guess they first appeared in that context. Look at the paper which first introduced categories: Eilenberg and Mac Lane's "General Theory of Natural Equivalences" (Trans. AMS) 58 (1945), 231--294. You can find that paper through JSTOR, but if you don't have access to JSTOR then get it at http://killingbuddha.altervista.org/FILOSOFIA/GToNe.pdf. In this paper, commutative diagrams are used only a few times and the authors don't say the diagrams commute. Instead they use more elaborate descriptions like "the two paths around the diagram are equivalent". Even if this is not the first place a commutative diagram appeared, that they are used sparingly (considering the context) and described in an awkward way suggests it was one of the earliest times this concept jumped off the blackboard into print.

Weibel's paper on the history of homological algebra, which is available at his website, may provide some earlier sources if you track down references he gives.

EDIT: Perhaps the first book which made extensive use of commutative diagrams is Eilenberg and Steenrod's "Foundations of Algebraic Topology" (1952). On page xi, under the heading of a section they call New Methods, they introduce the term commutativity for certain diagrams of groups and homomorphisms.

Further to David Corfield's post: The diagram below appeared in Frege's 1893 Grundgesetze der Arithmetik (Vol. I, §§130, 172) and illustrates the construction of a mapping that Frege uses to prove that for any finite concept, the objects falling under it can be well-ordered.

Russell, of course, studied the Grundgesetze closely; perhaps he found inspiration in Frege's figure (if not the almost childish arrows). 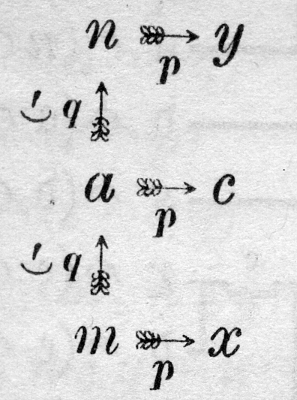 15
When was the "arrow notation" for functions first introduced?
8
Why are commutative diagrams called "commutative"?
5
How did $\limsup$ and $\liminf$ come about?