I learned most of my math font rendering from watching others (for example, I draw ζ terribly). In most cases it is passable, but I'm often uncomfortable using fonts like Fraktur on the board. Does anyone know good resources for learning to write these passably?

I often give this to Freshmen. Learning the right way to start with is easier than trying to change later. 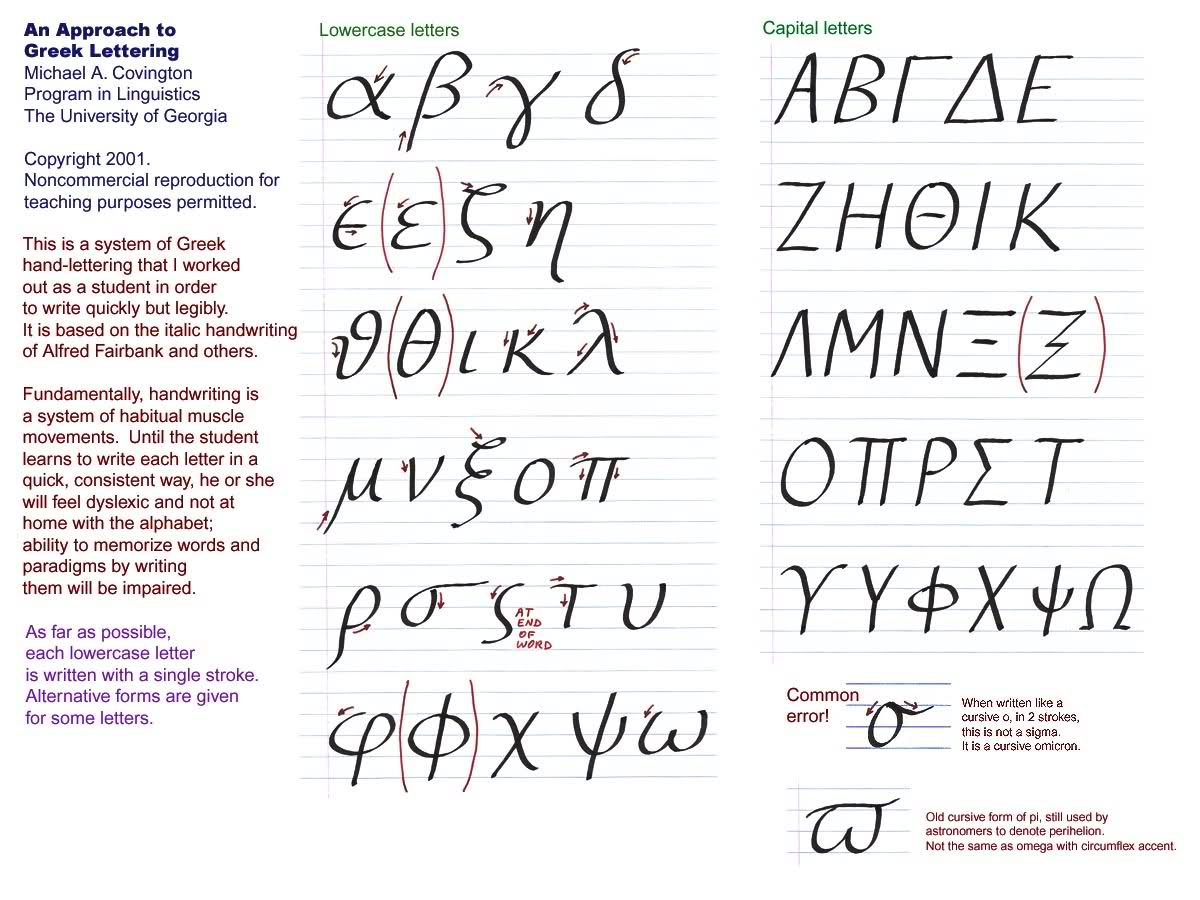 Learn Calligraphy! It's a lot of fun and does mean that you can write the fonts in genuinely nice ways. Books on calligraphy tend to have detailed instructions on how to do at least the basic alphabets: explaining which stroke to do first, and how to hold the pen. Although not all of it transfers to the blackboard, it helps a lot. For example, once you seen how the different "g"s are written, you'll know how to write the Lie algebra symbol correctly. However, I do find that a script S ($\mathcal{S}$ is not even close) can take me a couple of goes to make it look right - it shouldn't be pointy at the top but should sweap backwards.

Following up on aleksander's comment to the original question, I had a go at doing a video of how to draw a fraktur g (𝔤) (well, actually it's gothic but if you know the difference you don't need this video, and the gothic g is probably more distinguishable from a normal g than a fraktur one on a blackboard). It's not very polished, but you can see what it looks like here (actually, this is currently a dead link, see the video linked below). It was quite fun to do so if this would be helpful, I can easily do more.

Edit (March 2017): Thought I'd update this with a link to something longer I wrote on this which can be found here.

Edit (Nov 2019): I made a video of how to write the lowercase fraktur alphabet that I describe in the above article. It's available on youtube.

I've also had a go at capital letters for the fraktur typeface. The current version looks like: 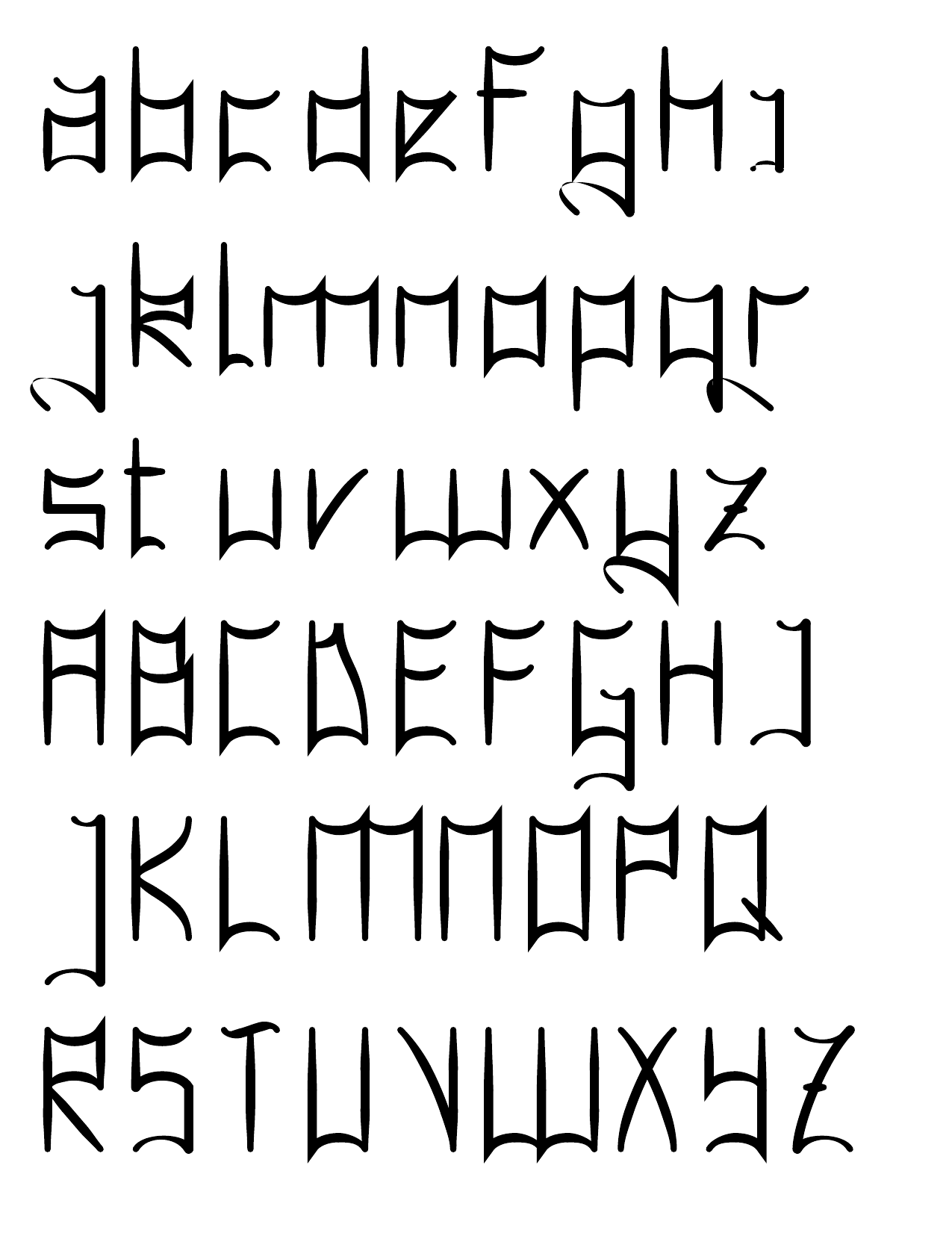 This is sort of goofy, but if you have a tablet, you could try training yourself with Detexify. Try to get it to give you the indended symbol with as good (low) a score as possible. If a computer can read your writing, a human probably can too!

This webpage (scroll down to "German") has a nice chart about fraktur letters and how they should look when handwritten.

I must admit I don't have enough experience writing fraktur letters, I really should learn to write them properly.

When I'm stuck on a problem, I practice writing letters in various fonts. I suppose this isn't up to par with other mathematicians' doodles (I'm told Riemann would calculate the cube root of 3), but it keeps my handwriting reasonably neat.

I've often thought that someone should write a book on mathematical calligraphy. Maybe not a full course on it, but as it stands the symbols we use are so inconsistent and often look little like they should, simply because we all "guess" how to draw them.

How did we learn when younger how to write in cursive, or to write in general? We practiced. The suggestion to learn calligraphy is a good one, but it seems that someone should do something like that specifically for mathematicians, somewhere.

Although only a minor point, remember that many old fonts were written with a pen or quill. You only get a strong line on a down-stroke. From this you can sometimes work out the best way to draw a character, if you think of think of the rhythm of the character and make the wider stronger lines downward lines. It's almost impossible to get a thick upward line with a nib. FWIW.

I have never heard of anybody teaching how to write on a blackboard. There are a lot of books about calligraphy. You could try finding a calligraphy book with a font close to Fraktur.

By the way, you can find tips on how to write greek letters: http://www.ibiblio.org/koine/greek/lessons/alphabet.html

For the greek alphabet you just need to practice (or take ancient Greek in high school!) For mathfrak, I've just decided to use a double underline when writing (paper or blackboard) the names of Lie algebras.

Get rid of the blackboard. The way to guarantee that the fonts look right is to have a computer display them (either by directly projecting or by printing out slides first). This also means that you can use colour and other fun things.

To forestall the deluge of "How can you suggest getting rid of blackboards?" posts, all I'll say is that I think that I give better lectures and seminars when I use a computer than when I use a blackboard. The difference is probably more in the way that using a computer forces me to prepare it than in the method of delivery, but it works for me.

(Note: I suspect that people will be strongly tempted to vote this answer down. Please read the second paragraph first.)

Concerning the greek letters, it is essential to know the following: there does not exist in the greek language a cursive style (joined-up writing, schreibschrift). To my knowledge, at least. And has never existed. As a further point, the greek z should be written as a 3. It is essentially the same symbol, I should say.

77
Teaching statements for math jobs?
24
Curriculum reform success stories at an "average" research university
46
effective teaching
31
Digital pen for math: your experiences?
106
Why do we teach calculus students the derivative as a limit?
18
Teaching a pedagogy course
12
Giving a math talk with no blackboard or projector
27
Using slides in math classroom
35
Obsessive editing/revising of math papers
Question feed