These terms have become common in Lie theory and related algebraic geometry and combinatorics, as seen in many questions posted on MO, but it's unclear to me where they first came into use. Probably the concrete notion of (complete) flag of subspaces $0 \subset V_1 \subset \dots \subset V_n =V$ with $\dim V_k = k$ in an $n$-dimensional vector space $V$ occurs very early in the literature (Grassmann?), though I'm not sure whether a specific national flag (drapeau, Flagge, ... ) is supposed to come to mind. Those wanting to visualize the simplest case may find the picture here useful (or not).

At some point in the development of Lie groups and their homogeneous spaces, the notion of flag manifold got attached to the set of all complete flags in $\mathbb{C}^n$ or $\mathbb{R}^n$: this is realized as the quotient of the corresponding general linear group $G$ by the isotropy subgroup $B$ of a standard flag (say the group of upper triangular nonsingular matrices). In the 1950s such connected maximal solvable subgroups became known as Borel subgroups, while the notion of flag manifold came to mean the quotient $G/B$ for an arbitrary connected reductive Lie group $G$ and a Borel subgroup $B$. In the setting of real compact Lie groups, the analogue takes the form $G/T$ for a maximal torus $T$: this is apparently the earliest version of the flag manifold.

The work of Borel and Chevalley led to parallel developments for reductive algebraic groups over fields of arbitrary characteristic, with algebraic geometry replacing differential geometry and the term flag variety becoming common.

While the people I've mentioned certainly deserve most of the credit for recognizing the essential role of flag manifolds or varieties in the study of geometry and representation theory associated to reductive groups, I'm still left with some uncertainty:

What are the earliest sources in the literature for these terms?

ADDED: The original reason for using the word "flag" in this context is a minor though interesting part of my question; but as the comments here indicate there is some variation in the folklore. In old literature on traditional projective geometry a "flag" is sometimes defined as a pair consisting of a point and a line through it, but that doesn't help much with the etymology. Is there more than folklore?

Following the answer by Charles, I've looked further at the thesis of Ehresmann and the May 1951 Bourbaki talk by Borel (which like other expository talks is not included in his collected papers). I see more clearly how the notion of flag variety or flag manifold evolved from the older and still somewhat mysterious use of the term flag (Flagge, Fahne, ...) in projective geometry, for instance to refer to an incident point-line pair. Near the end of Borel's talk he notes: Cela permet en particulier de montrer que les "varietes de drapeaux" complexes considerees par EHRESMANN dans sa these sont sans torsion .... His use of quotation marks suggests to me that this might actually be the first time that label was applied to what later became known as the flag variety $G/B$ of a reductive Lie or algebraic group. (I wish I had thought to ask him at the right time.)

Armand Borel's Bourbaki Seminar 121 Groupes algébriques is from 1955, and uses "drapeau" (page 7). (It's online at archive.numdam.org.) This may not be the earliest occurrence, but there is a good reason for attention to the full flag variety in this context (the theory of Borel subgroups).

The concept traces back some way, to Ehresmann's thesis in the 1930s; Kolchin's work (the Lie-Kolchin theorem) uses the non-intrinsic language of upper triangular form. Hodge & Pedoe talks about Schubert spaces in general, which would be natural in the enumerative geometry tradition, for which full flags is just one of the cases.

Edit: A further data point is Chern's paper On the Characteristic Classes of Complex Sphere Bundles and Algebraic Varieties (1953), which relies on Ehresmann's work to some extent. The word "flag" is absent (though used by Chern discussing it in his Selected Papers).

I think the concept may date back to René De Saussure (1868-1943). He was interested in the Euclidean geometry of 3-dimensional space and used the term "géometrie des feuillets". I think this may have been his doctoral work. The work was criticized by Eduard Study because de Saussure failed to reference Study! Despite teaching Math at the University of Geneva de Saussure seems to be more famous for his work on Esperanto. 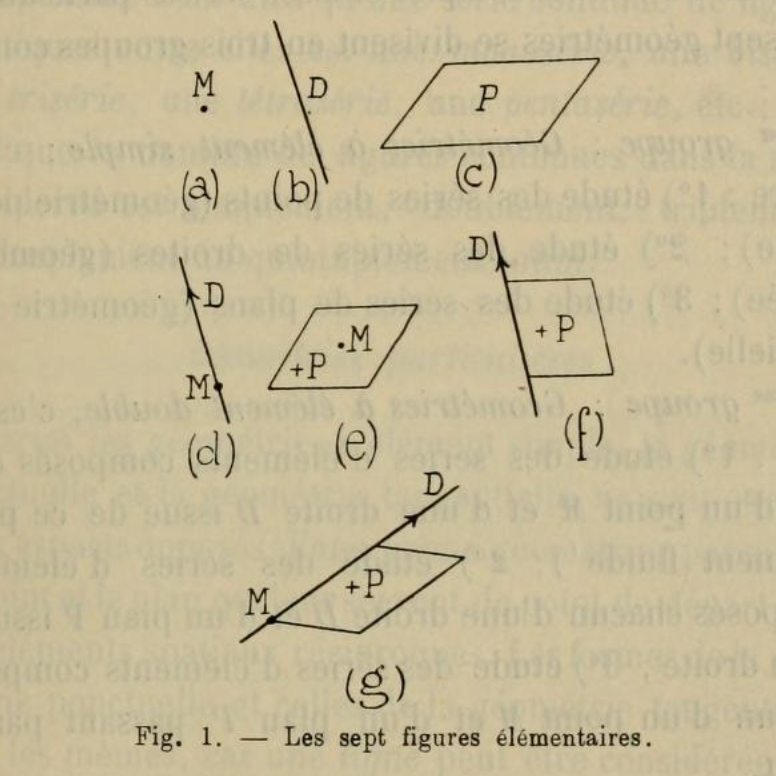 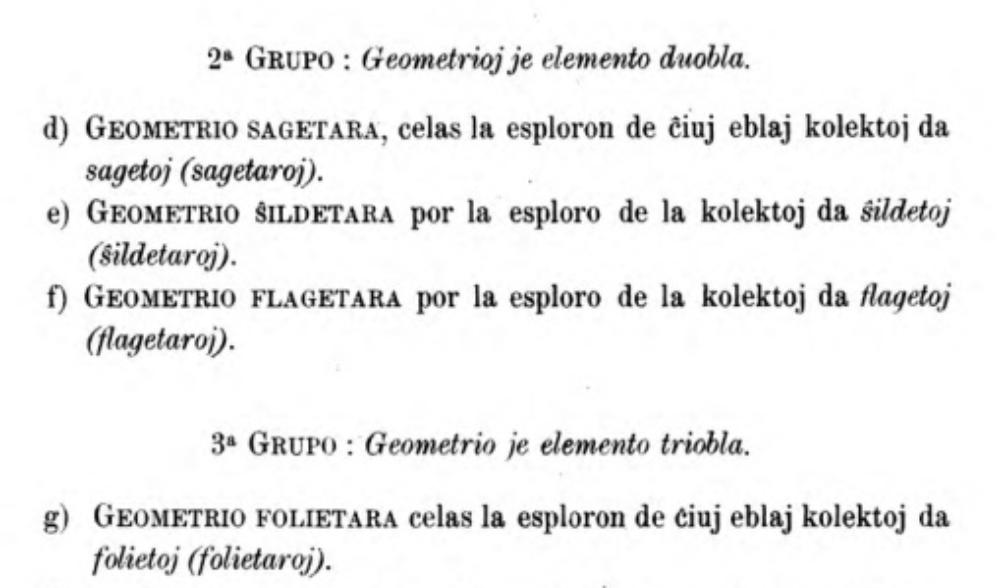 @Jim, I always asked myself the same question. You say that the "notion of flag variety or flag manifold evolved from the older and still somewhat mysterious use of the term flag in projective geometry, for instance to refer to an incident point-line pair." Once I saw a drawing in an expository article that solved that mistery for me: picture a point in the projective plane as the corresponding line in space, and a projective line as the corresponding plane in space, then an incident point-line becomes a line waving a plane in space, like a flag :)

One way to visualize the meaning of the word, "flag" is to think of those pennant-like tapering flags (cloth part only), starting at 0 width, to higher intermediary widths, to width n. Somewhat like various dimensions comprising a mathematical flag. Maybe the french word means this particular type of flag.

Regarding visualization, I see it as those flags which are all sewed together and become a very long line when we want and take them out to the wind.

Borel (1951) definitely drew on an existing tradition. Besides de Saussure’s work unearthed in J.M. Selig’s answer, he could have learned « flag » from: