I don't have an analytically founded answer, but like in the thread on the iteration of sin(x) Does the formal power series solution to $f(f(x))= \sin( x) $ converge? I've plotted the characteristics of the coefficients of the powerseries for the half-iterate of x*exp(x).

In the first plot we see, that the log of the absolute values of the coefficients grow nearly linearly with their index, so this is a hypergeometric series. See the picture for the growthrate: 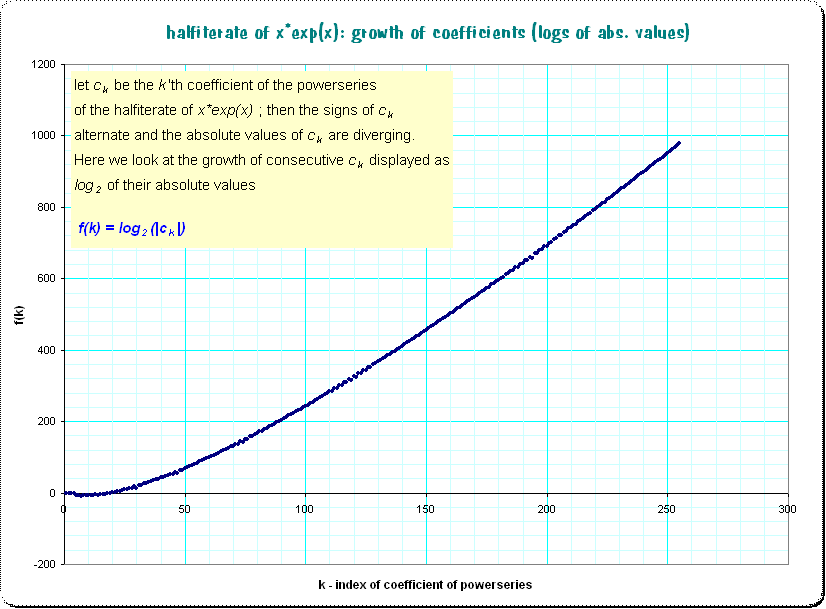 Also look at the differences of that consecutive values; 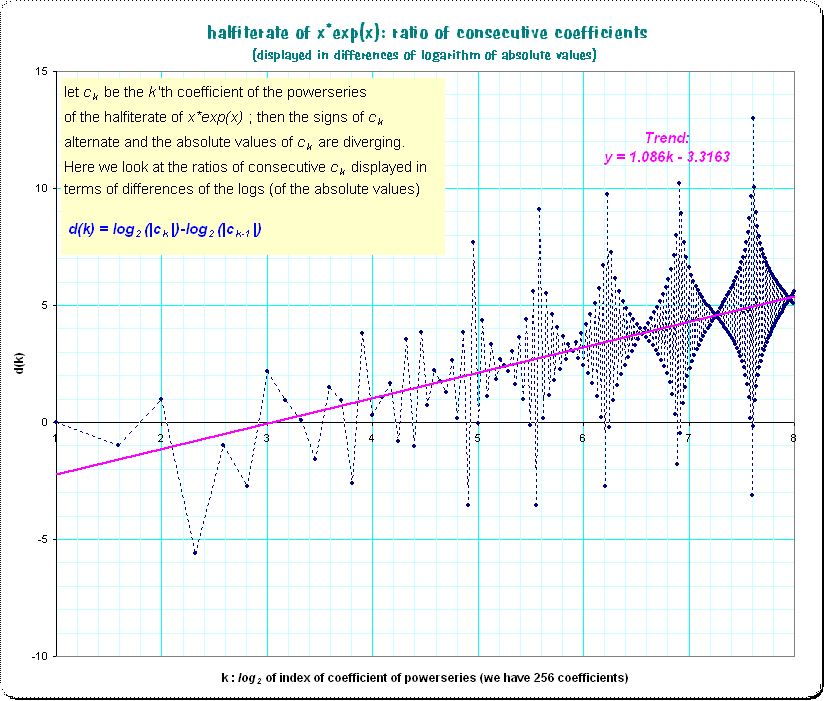 this is even more suggestive because of the typical pattern which suggests, that the differences of the logs grow asymptotic linearly with the logs of the index, which is just another expression for hypergeometric growthrate. So the convergence-radius for the half-iterate seems to be zero as is for the half-iterate of $ exp(x)-1 $ .

Not the answer you're looking for? Browse other questions tagged fractional-iteration or ask your own question.

110
How to solve $f(f(x)) = \cos(x)$?
7
The non-convergence of f(f(x))=exp(x)-1 and labeled rooted trees
45
Does the formal power series solution to $f(f(x))= \sin( x) $ converge?
47
Is there an “elegant” non-recursive formula for these coefficients? Also, how can one get proofs of these patterns?
5
Smoothness in Ecalle's method for fractional iterates
3
Convergence of expansion for fractional iteration
Question feed