Is there a program implementation for generating all non-isomorphic graphs with a given degree sequence?

I know the following problem is famous:

This algorithm is sometimes helpful when we gather experimental evidence for conjectures (or as part of a proof).

There are many such articles, but the implementation of algorithms seems very few. I recently saw the following article, which provides the software gradpart.

But because the code was written around 1995, it is difficult for today's compilers to make it (due to the constant updating of the C++ standard).

I read the author's description and it looks like it can quickly generate all nonisomorphic graphs by a given degree sequence. 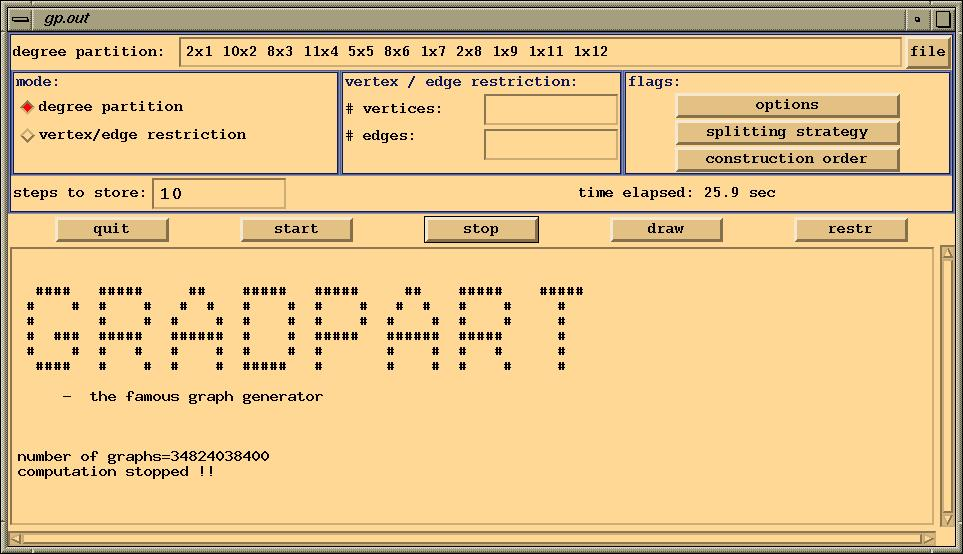 In this example you can see a degree-partition with 50 vertices. Here we have 2 vertices of degree 1, 10 vertices of degree 2, 8 vertices of degree 3,... . Because of the use of the homomorphism-principle, during the generation we may obtain situations, where the operating group is trivial. So we get the possibility to describe large sets of pairwise non-isomorphic solutions implicitly. In this way in the shown example, we computed 34824038400 graphs in about 25 seconds and are also able to store these graphs with a very small amount of space.

I know nauty is great, but it seems not to offer this feature (except for generating regular graphs). Especially for cases with a slightly higher number of vertices (e.g. more than 15 vertices)

As far as I am aware, there is no such program. Also, it needs care to interpret gradpart's claims. Gradpart can make counts greater than one graph per machine instruction, which proves that it doesn't individually construct each graph in memory. Instead it makes data structures which represent large subclasses of graphs. The mapping from these data structures to lists of graphs is relatively routine, but it isn't carried out.