How to read an article and make it actually useful?

I've been wondering for a while: how should mathematicians read an article in order to "take most" from it?

For example, when I did my Master's thesis I based it on an article (I'm into analysis) and of course I analyzed every and each part of it, extending some results in there and filling some gaps that were "left to the reader" I guess, or were thought to be sufficiently trivial by the authors.

Now I'm doing my phd and I have to choose a specific topic (more or less I have an idea but I haven't exactly set up my mind yet). The fact is I've had to look up some articles to get some ideas and possible topics of research, and by now and I quickly understood that reading and trying to understand the whole thing is impossible. I mean they often have like 60+ articles/books in the bibliography, so I mainly read the introduction and the results, skipping proofs entirely (or almost entirely). Basically what I try to do is to get an idea of the general path taken by the authors, skipping all the technicalities are ok and noting on the side the techniques/results mentioned that I don't know about. Then I quickly look up on the internet what the idea of these techniques is, and that's it. Obviously, a couple of days pass and most of it is gone, except maybe the very very general idea/result it obtained (but only if it isn't too technical).

I mean it seems a bit shallow, but I can't come up with with better ways to read them, they are so stuffed I really can't keep up. So how would a professional mathematician read an article about a topic he's interested in without going crazy, trying to learn most from it? Maybe in n years from now if one continues this path one can expect to be so well-versed in a very specific topic so that research articles about it become way easier to read?

I worked with Hassler Whitney for two years at the Institute for Advanced Study, and the mark he left on me goes deep. I guess I'm attracted to unconventional, original sorts, and Hass was surely that. His undergraduate days were at Yale, so one might expect that here was just about the most incredible math major ever. But his major was music, not math. Well, then, he must have taken all sorts of math courses, and.... Actually, he took almost no math courses. Mathematically, he was largely self-taught.

Anyway, one day, in his office, I happened to mention Bézout's theorem, which basically says that two curves of degree $n$ and $m$ intersect in $nm$ points. He says he never heard of it (Bézout's theorem is in fact highly under-appreciated), and seems galvanized by it. He jumps up and heads toward the blackboard, saying "Let's see if I can disprove that!" Disprove it?! "Wait a minute!" I say, "That theorem is nearly two centuries old! You can't disprove anything... really..." As he begins working on some counterexamples at the blackboard, I see that my well-meant words are simply static.

His first tries were easy to demolish, but he was a fast learner, and ideas soon surfaced about the complex line at infinity, and how to count multiple points of intersection. After a while, it got harder for me to justify the theorem, and when he asked, "What about two concentric circles?" I had no answer. He argued his way through, and eventually found all four points. Finally he was satisfied, and the piece of chalk was given a rest. He backed away from the blackboard and said. "Well, well—that is quite a theorem, isn't it?"

I think I mostly kept my cool during all this, but after I left his office, I realized I was pretty shaken. I remember thinking to myself, "Golly, Kendig, you just saw how one of the giants does it!" He'd taken the theorem to the mat, wrestled it, and the theorem won. I'd known about that result for at least two years, and I realized that in 15 or 20 minutes, he'd gained a deeper appreciation of it than I'd ever had. In retrospect, it represented a turning point for me: I began to think examples, examples. Whitney worked by finding an example that contained the essential crux of a problem, and then worked relentlessly on it until he cracked it. He left it to others to generalize. It is to Hass that I affectionately dedicate this book. 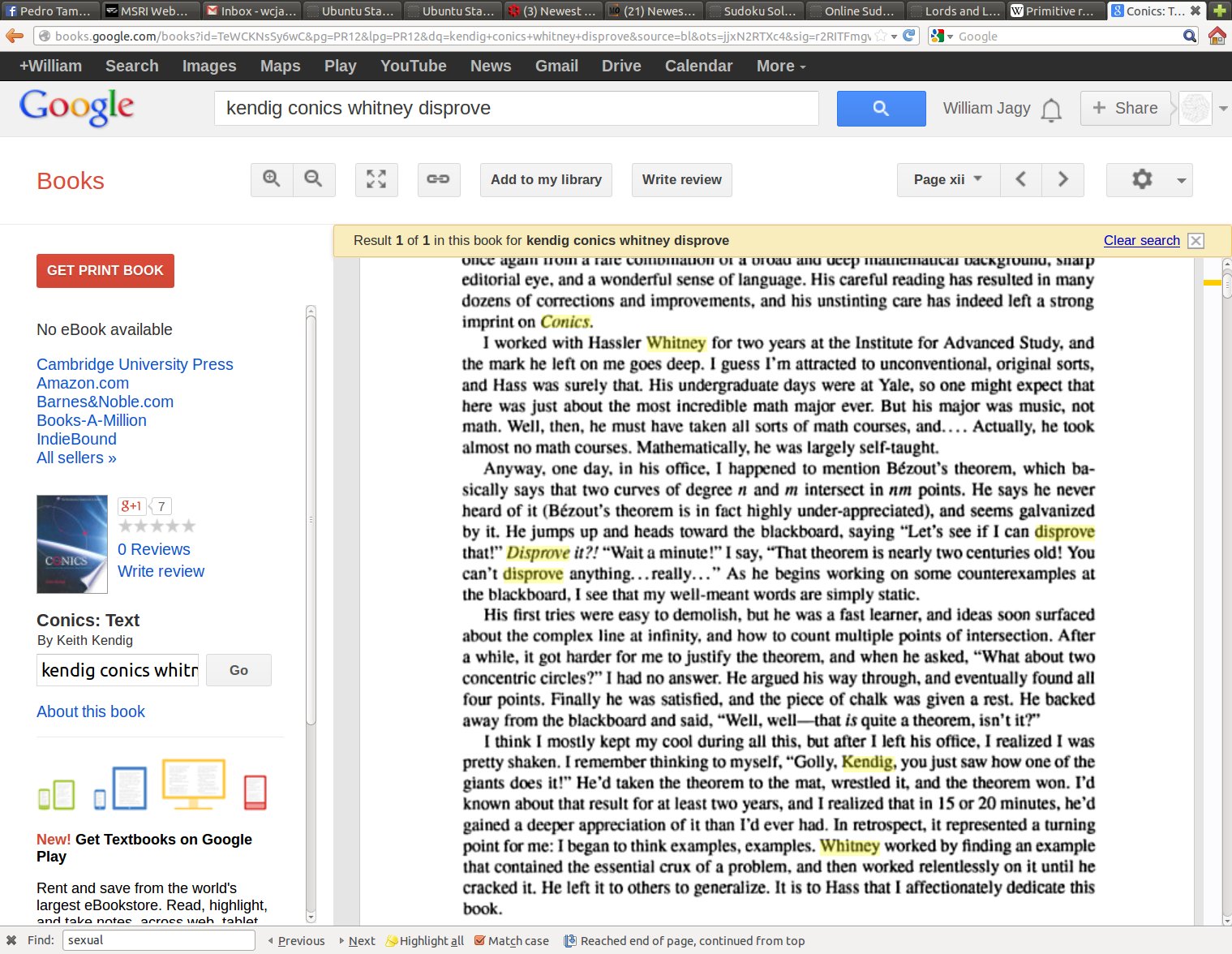 You said you're doing your Ph.D. You might want to take a look at a couple of other MO questions, such as When is one 'ready' to make original contributions to mathematics? and On starting graduate school and common pitfalls... and How to escape the inclination to be a universalist or: How to learn to stop worrying and do some research. If the reason you're reading these papers is that you think you have to absorb an infinite amount of mathematical knowledge before you can start doing research, then the first thing you need to do is: Stop thinking that.

One reason for reading a paper is that you have a specific research problem that you are trying to solve, and you believe that the paper contains a technique that will help you solve your problem. In such a situation, you should be constantly thinking, "Does this technique in fact help me solve my problem, and if so, how does the proof work?" If you determine that the paper does not help you solve your problem, I'd recommend abandoning ship, especially at this stage of your career. Your time is precious, and although mastering the techniques of the paper might come in handy one day, you have bigger fish to fry at the moment. On the other hand, if the paper does seem to solve your problem, then don't be afraid to sink a lot of time into it to understand it thoroughly. If some argument is logically needed for the proof of your own result, then you need to understand it completely, even if you end up just citing the other paper without reproducing the argument in your own paper.

Another reason for reading a paper is to increase your general store of mathematical knowledge. This is a laudable goal, but again, your time is precious. You first need to triage to decide how much effort to invest.

As to reading, I usually give people the advice of how to become an equivalent of Jean Bourgain (I'm too old now and has always been too lazy to follow it myself, but I'm pretty sure it is robust). Take a mathematical paper (any paper) and work it through trying to prove the results yourself for a while and then just looking for hints where you get stuck until you reinvent the whole proof of every statement or find a better alternative. Then repeat with another one. And so on for about 20 years.

In the end you will be reading like he did with one of the stories being that he would take an article from some Japanese journal, look somewhere in the middle at some technical lemma, say "Aha, this is the point!" and then go to the board and state a theorem stronger than the one in the paper, after which he would look at some German paper and say "It is pretty much the same as Japanese, but OK, everybody should make their living...". I haven't seen that myself, but some episodes I witnessed came pretty close. Another story about him is that there was an open question solved independently by Bourgain and Pisier, Bourgain using a method from some earlier Pisier's work and Pisier inventing a new one.

They say that Joseph Brodsky (a famous Russian/American poet with Nobel prize in literature and other accolades) used the same technique, which in his case was to read the first two and the last two lines of a short poem by somebody else and to try to fill the middle by himself. If the result was better than the original, he went to the next one, and if not, he worked it through thoroughly.

You should understand, however, that this technique (understanding each paper you read better than its authors) is most effective if you want to become a "problem solver" rather than a "theory builder". If you care about how something is proved more than about what is proved and if you classify the theorems by the underlying ideas rather than by their context and connections, this style of reading is for you. If you are the opposite kind, you'd better follow an advice from somebody similar to you in their inclinations and attitudes towards mathematics.

Why am I not following my own advice myself? Just because I'm utterly lazy. If I read at all, I do read like that and it usually benefits me quite a lot, but I don't do it often. My substitute for reading is just talking to random people and trying to think of their problems together with them if they are able to translate them into the language I can understand. Under no circumstances would I try to gobble a huge volume of material in short time just for the sake of it just because I have poor memory and if I try to do it like that, by the time I open the fifth paper, the first one will completely evaporate from my head. This is also the reason that I skip most conference presentations (or sleep through them if my friends convince me that I should be present) and go only to a selected few that I can understand and remember afterwards.

In summary, my opinion is that if you bother to read something at all, you should absorb it completely so that you can remember it a few months (or, better, years) afterwards and, if the occasion arises, be able to use the learned techniques of a fresh problem immediately. If that is the case, your reading style is fine for you whatever it is. If not, you may consider changing it. The reading speed should come naturally with time and experience, not to be forced.

Not the answer you're looking for? Browse other questions tagged soft-question or ask your own question.

165
How to escape the inclination to be a universalist or: How to learn to stop worrying and do some research.
63
When is one 'ready' to make original contributions to mathematics?
38
On starting graduate school and common pitfalls...

18
How should the Math Subject Classification (MSC) be revised or improved?
46
Publishing journals articles without transferring copyright.
9
Review papers in mathematics
19
Why did _Research in the Mathematical Sciences_ change from open access to subscription-based?
192
Why doesn't mathematics collapse even though humans quite often make mistakes in their proofs?
3
What are some efficient ways to keep a note of results when reading a research article in mathematics?
14
Gromov's articles suitable for master students
2
Articles providing informal discussions on major developments on a particular problem?
Question feed