Does anyone know of a method to obtain a symmetric diagram for these knots (or of an already existing list for 10 crossing knots)?

Some more detail: I look for transvergent diagrams for these 8 knots. Rotation about the axis then transforms the diagram into itself but with reversed orientation. If two axes are possible it would be great to have diagrams showing both axes simultaneously but for the moment I am fine with having diagrams with only one of them. 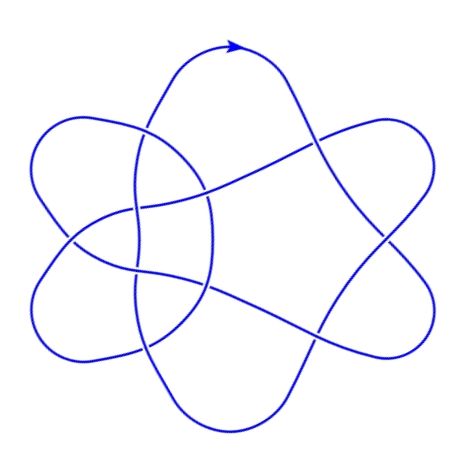 Edit, 28.05.2022: Thanks Marc, for finding symmetric diagrams in all cases. For $10_{154}$ I transformed the intravergent diagram into the following transvergent one: 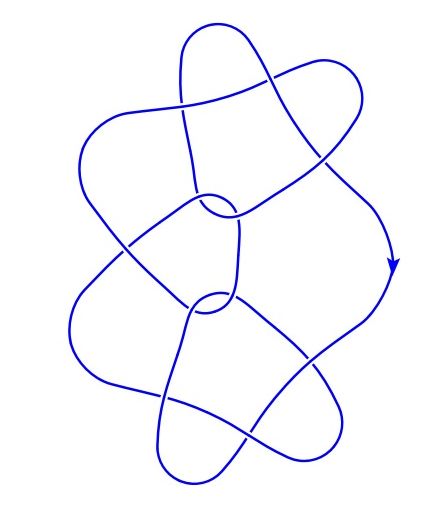 and the similar case of $10_{152}$ is obtained from this diagram by switching the crossing on the axis.

Here is a strongly invertible diagram of 10_49. The symmetry axis is almost horizontal.

We have used similar methods for example here to create strongly invertible surgery diagrams. I would expect that the same works for the other 7 knots from your list. If you need help with that let me know.

EDIT: For the other knots it works similar. Here are diagrams of them. 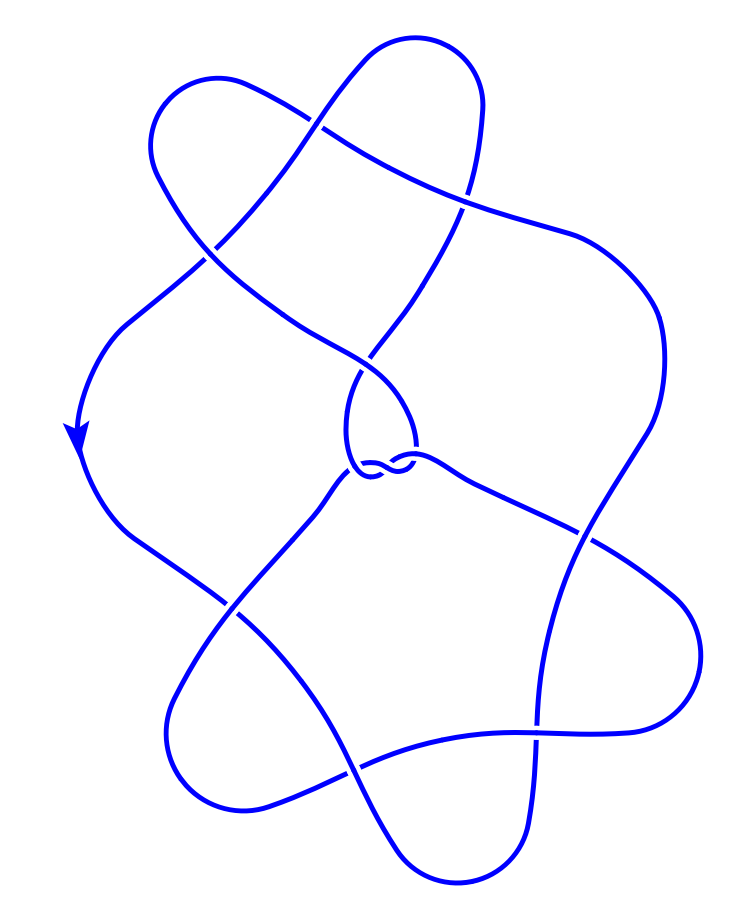 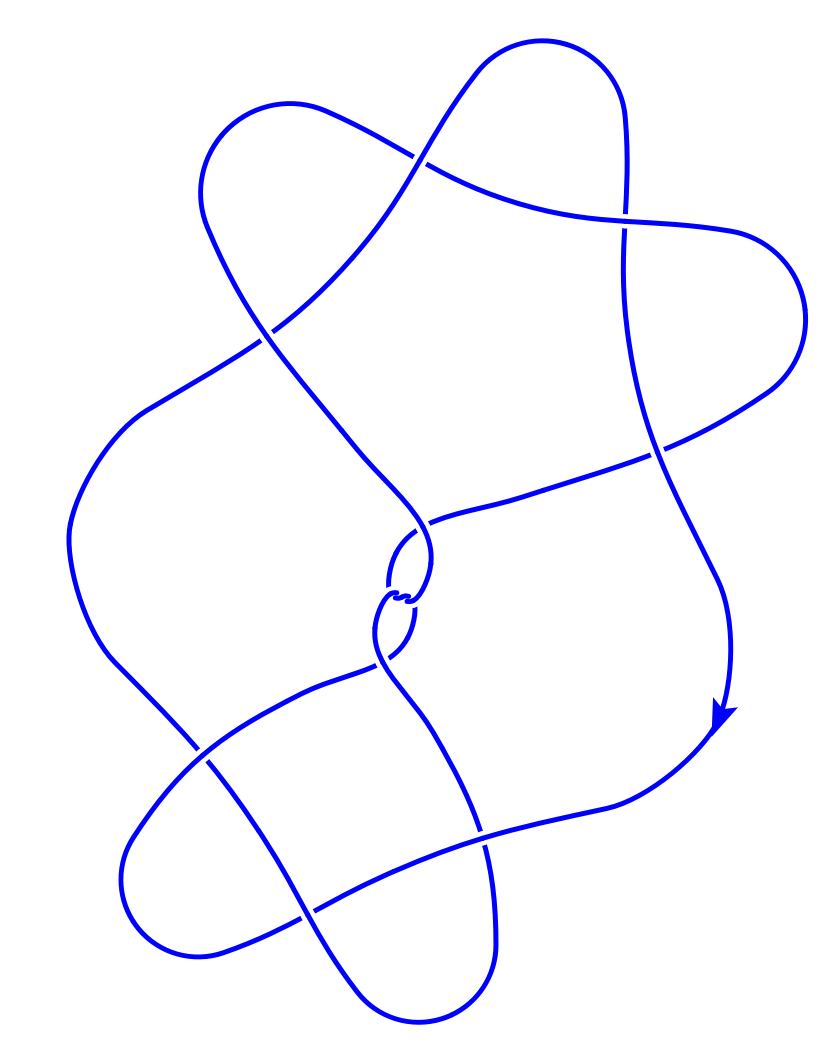 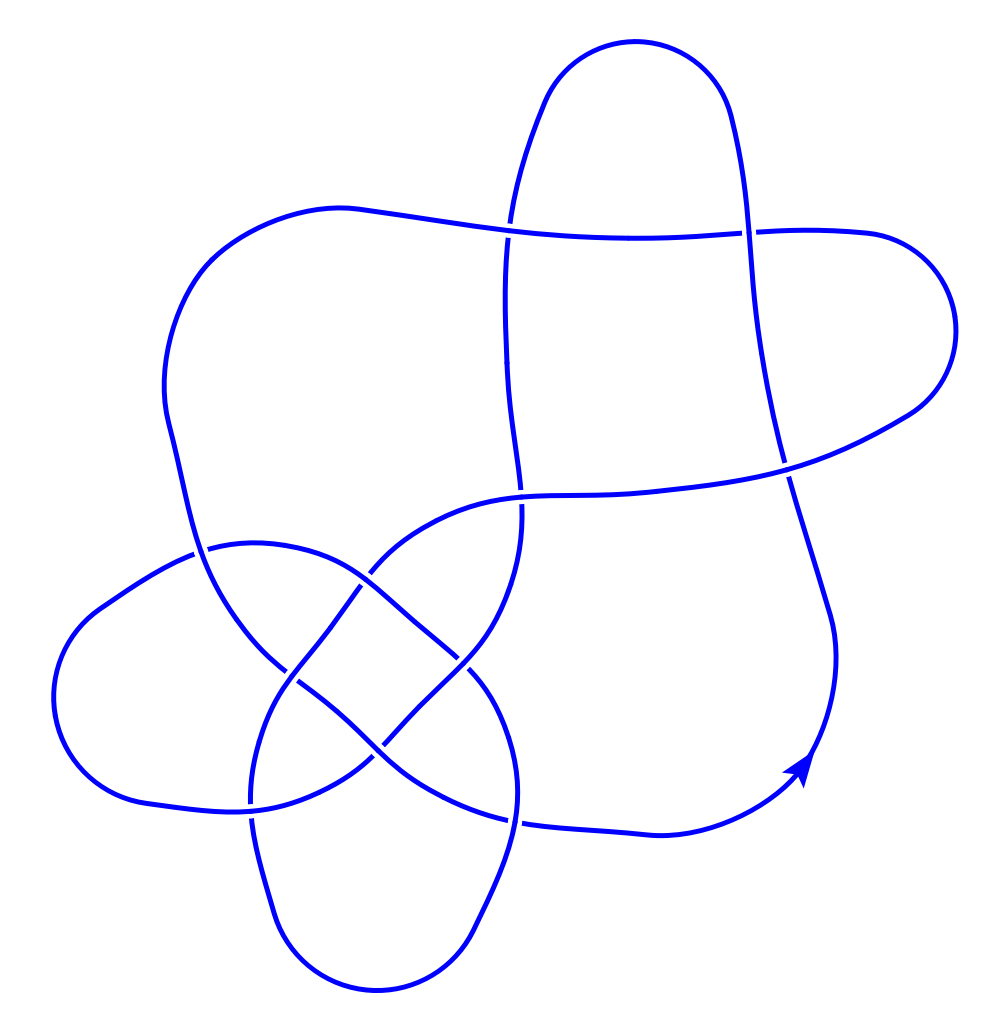 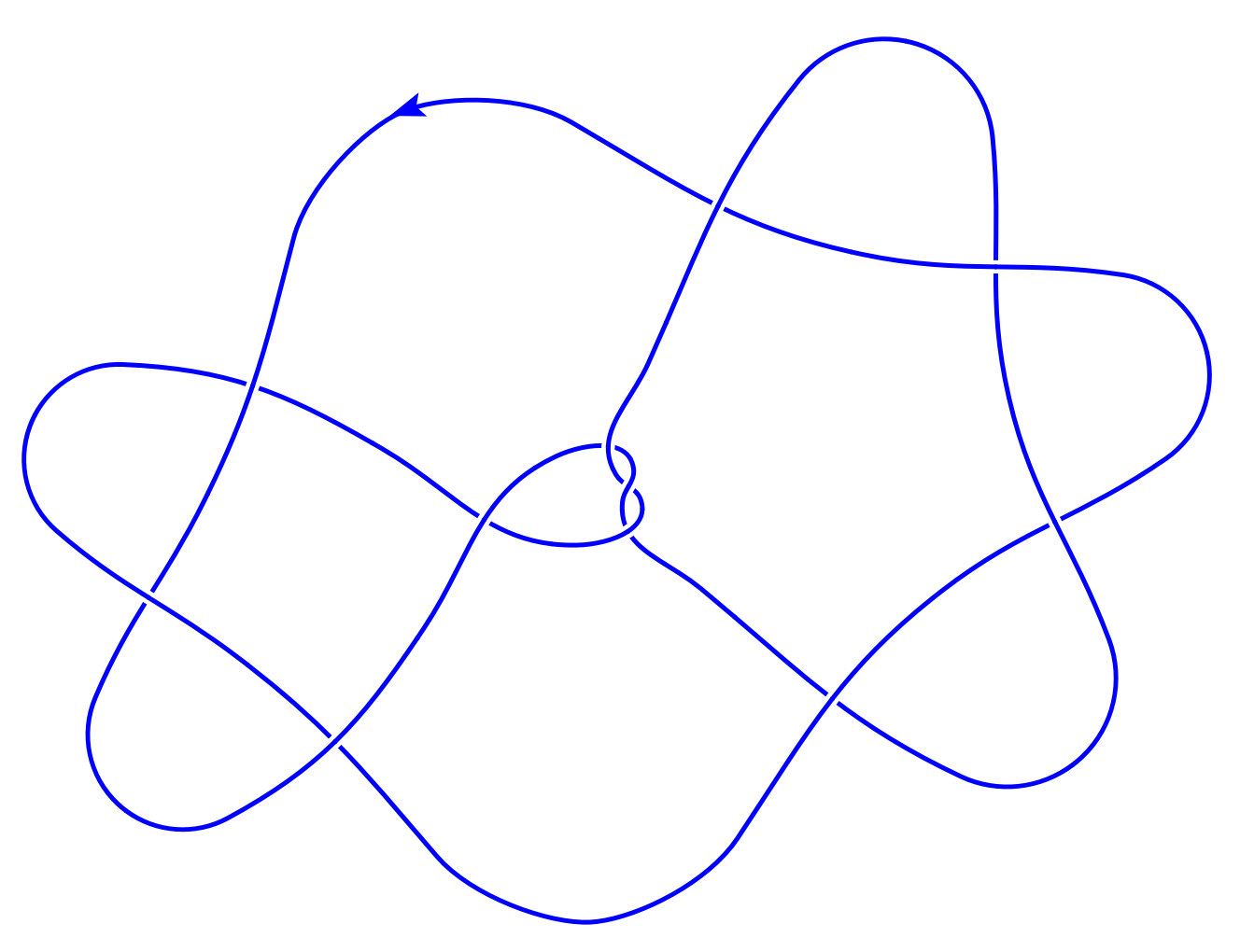 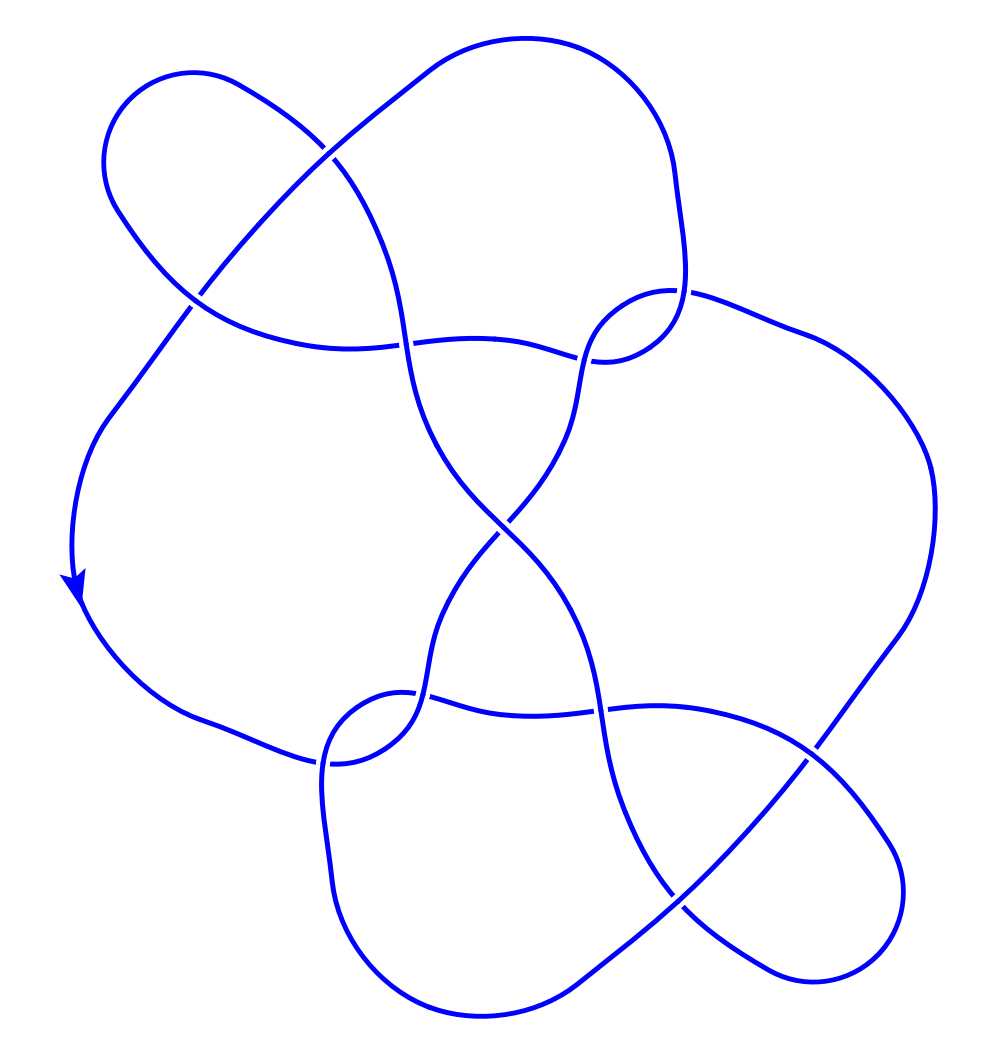 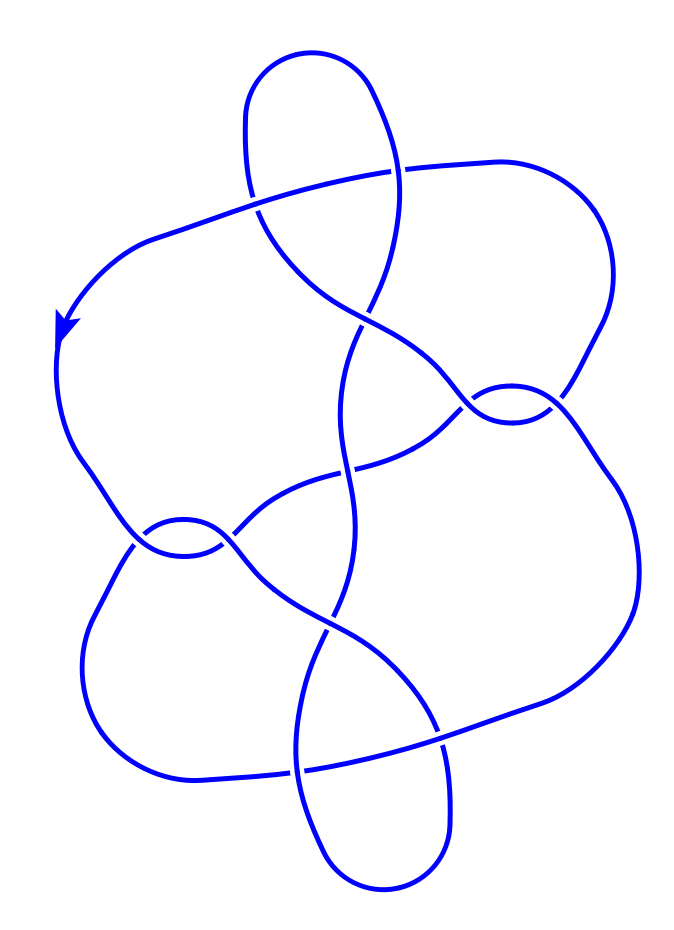 (For the last two the symmetry axis is orthogonal to the projection plane.)

19
Lie algebra automorphisms and detecting knot orientation by Vassiliev invariants
63
Tying knots with reflecting lightrays
11
Number of the Reidemeister moves needed to transform one diagram into another one
8
Is this knot invariant already treated somewhere in the literature?
9
Is more alternating always better?
12
How many different knot types can have the same shadow (projection)
14
Does Lackenby's polynomial bound on knot moves imply polynomial mixing in "Quantum Money From Knots?"
53
How to add essentially new knots to the universe?
4
Does a periodic and strongly invertible knot have a specific type of diagram?
Question feed