Inspired by a discussion with Neil Strickland I am very interested to hear of explicit examples (one per answer, please), as follows.

A compact Riemann surface can be presented in many different ways. For example:

For each of these "ways" we can accept some minor modifications.

Question: Give explicit examples of pairs (or preferably triples) of isomorphic Riemann surfaces of the above types.

As an actual example, we have tori. For (3), we specify $\omega$ and thus the lattice $\mathbb{Z} + \mathbb{Z}\omega$. For (2), we have the Eisenstein series giving the modular invariants. For (1) we have the Hopf tori embedded in $S^3$ (and thus, after stereographic projection, embedded in three-space). Pinkall [Inventiones, 1985] defines these, and has explicit constructions (see Figure 4b (reproduced below) and Figure 6b). See also Figure 5 of Sullivan [Bridges, 2011].

I give further examples in the comments here but please see, in addition, Strickland's talk. 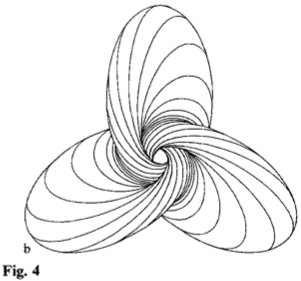 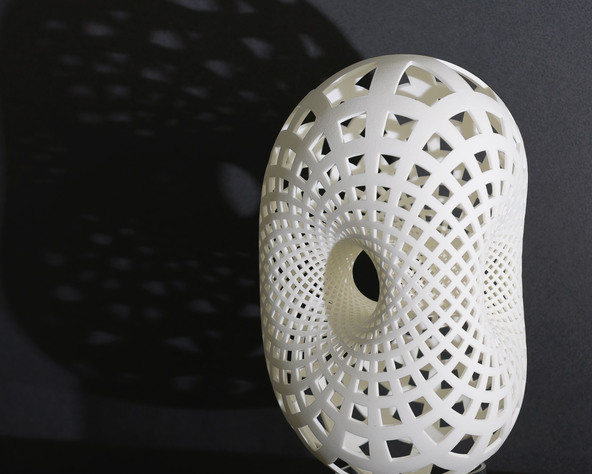 There are indeed very few pairs (except spheres with 3 or 4 singularities, or tori, and what can be obtained from them by finite coverings, where correspondence 2)-3) is completely explicit. See:

Concerning pairs 1)-3), many beautiful examples occur in the theory of minimal surfaces; they can be seen in the Bloomington Virtual Minimal Surface Museum.

A classical, wonderful example in which is possible to explicitly see all the three descriptions is the Klein quartic.