When do binomial coefficients sum to a power of 2?

For what values of $N$ and $n$ does this function equal a power of 2?

There are three classes of solutions:

A posted "solution" just verified the values of $n$ he gave and did not address whether there are other solutions. The same problem was proposed by Ljunggren in a Norwegian journal in 1943; in 1948 Nagell proved that there are no other solutions, using a quadratic field with $\sqrt{-7}$ and focusing on values of $x$ rather than $n$.

Skolem, Chowla, and Lewis (referencing Ramanujan but not aware of Nagell's solution) solved the problem using $p$-adic techniques in 1959, prompting Nagell to republish his easier 1948 proof in English.

Meanwhile, in another part of the forest, error-correcting codes arose. With that motivation, Shapiro and Slotnick essentially reconstructed Nagell's approach in 1959. Their subsequent results make use of other error-correcting code structures; techniques in coding veer away from the binomial sum question. As van Lint explained in a 1975 survey,

Although as far as perfect codes are concerned the problem has been settled, the purely number-theoretic problem of finding all solutions of (5.2) remains open.

Bringing Nagell into the error-correcting code literature occurred by 1964 (Cohen). The OEIS entries A215797, A060728, and A038198 address the problem from different viewpoints.

There's one reference to another solution that I have not been able to track down. In a 1998 textbook on error correcting codes, John Baylis writes (p109)

Berndt, Choi, Kang, The problems submitted by Ramanujan to the Journal of the Indian Mathematical Society, Contemporary Mathematics 236, 1999.

I doubt this problem has an easy solution. It is clear how it was approached for small fixed $N$. Below I show how it can be addressed for the case of fixed odd $n>1$.

I've computed all solutions for odd $n$ in the interval $[5,49]$, and verified that there are no non-trivial ones.

This is a follow-up to John's answer.

Here is the questionable "theorem" from the 2nd (2013) edition of Erickson's book (thanks @spin for the pointer), which in the 1st (1996) edition was numbered as Theorem 9.3. Apparently, the statement about "only two feasible sets of parameters for perfect codes" is correct, but "theorem" as stated lacks a proof (and thus may be incorrect) and was not an argument for non-existence of other perfect codes. Reference [22] is Pless' book. 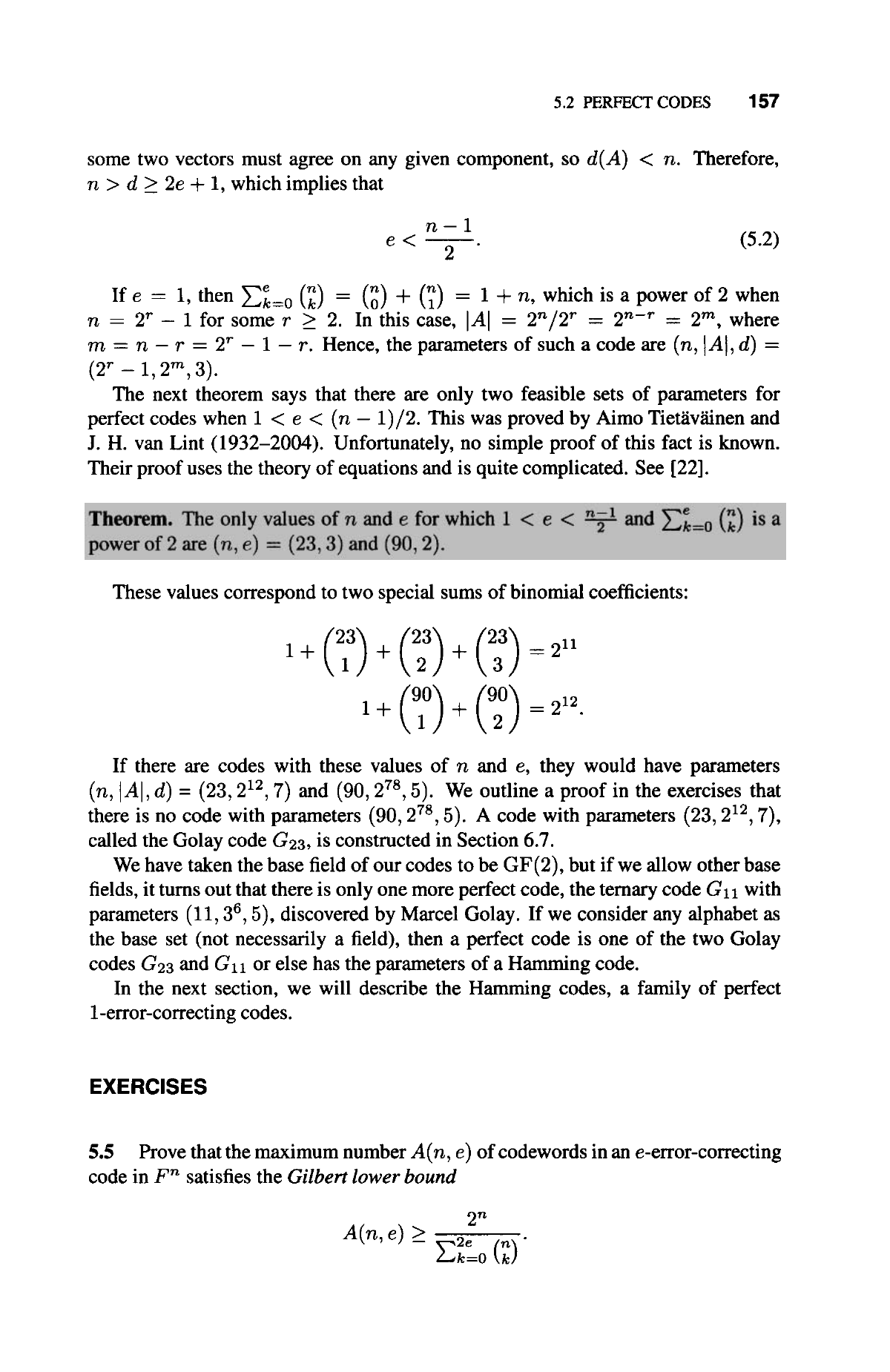 And here are two pages (pages 23-24) with a relevant discussion from the 3rd (1998) edition of Pless' book. It does mention Tietäväinen and van Lint results on page 24, but they do not imply the "theorem" from Erickson's book. Reference [29] is 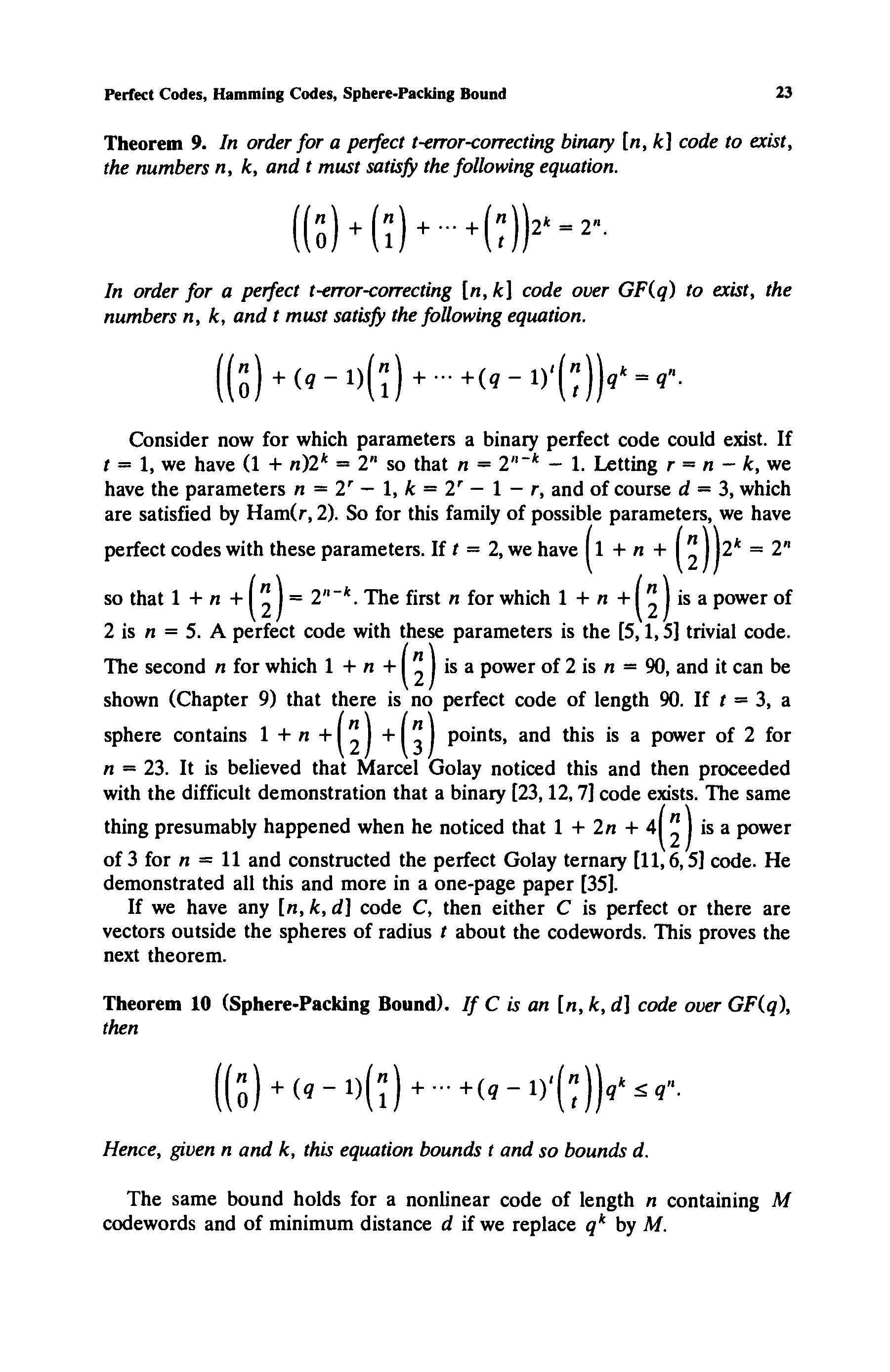 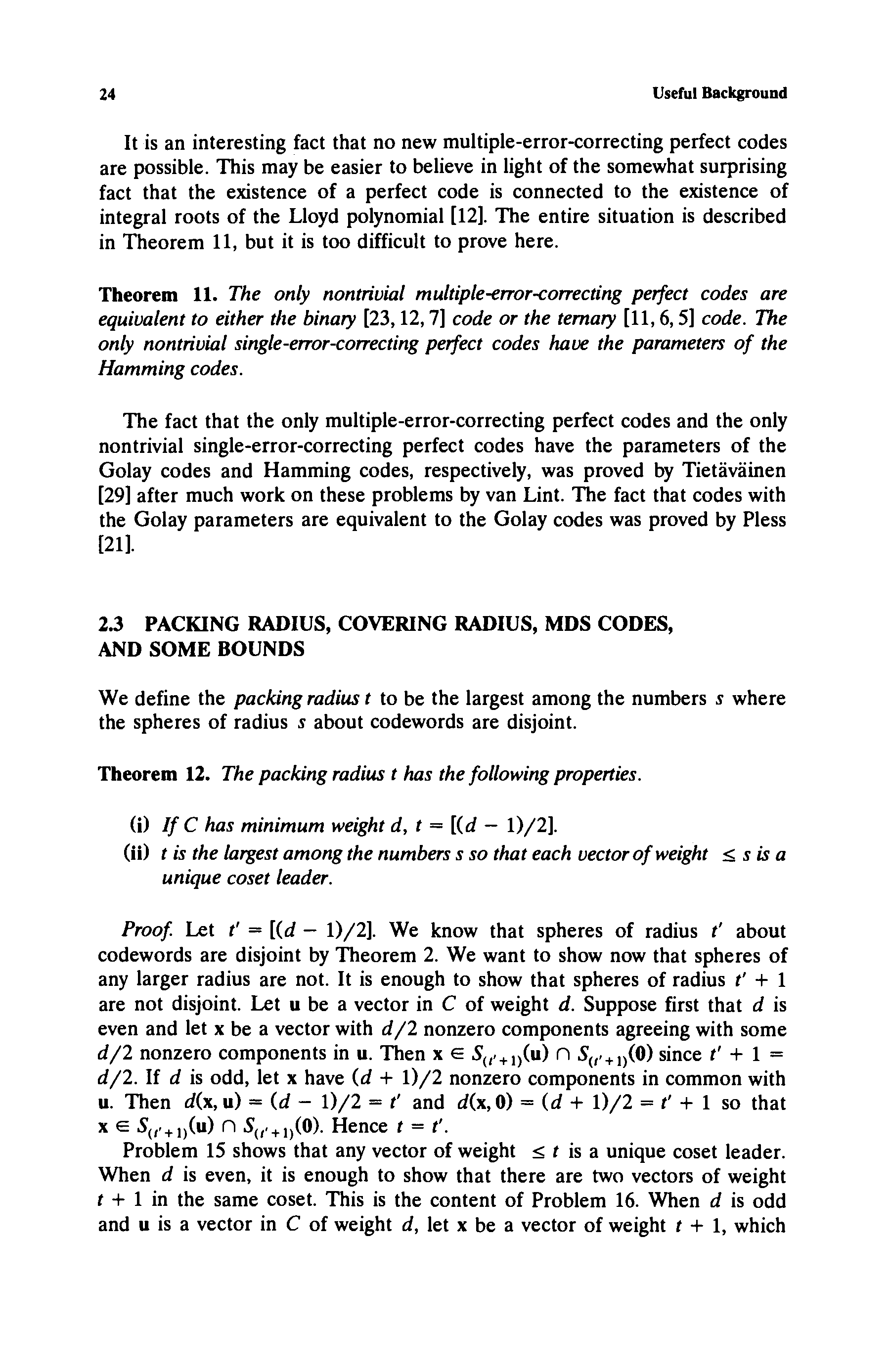 Theorem 9.3 in Martin Erickson's book Introduction to Combinatorics says that the two solutions (23, 3) and (90, 2) are the only ones. Thanks to Steve Kass (@stevekass on Twitter) for providing this reference.

Erickson does not give a proof, but implies that Vera Pless gives a proof in her book Introduction to the Theory of Error-correcting Codes, Wiley, 1989.

Update: Apparently the book by Vera Pless does not give a proof.