I'm hoping to find an explicit construction for a sequence such that $\sum a_n = 0$ but $\sum \frac{a_n}{n} = \infty$, or a proof that one cannot exist. So far, I have a good idea of how we can increase the value of the sum up to infinity. For example, we could construct a sequence like this (a_n shown in red): 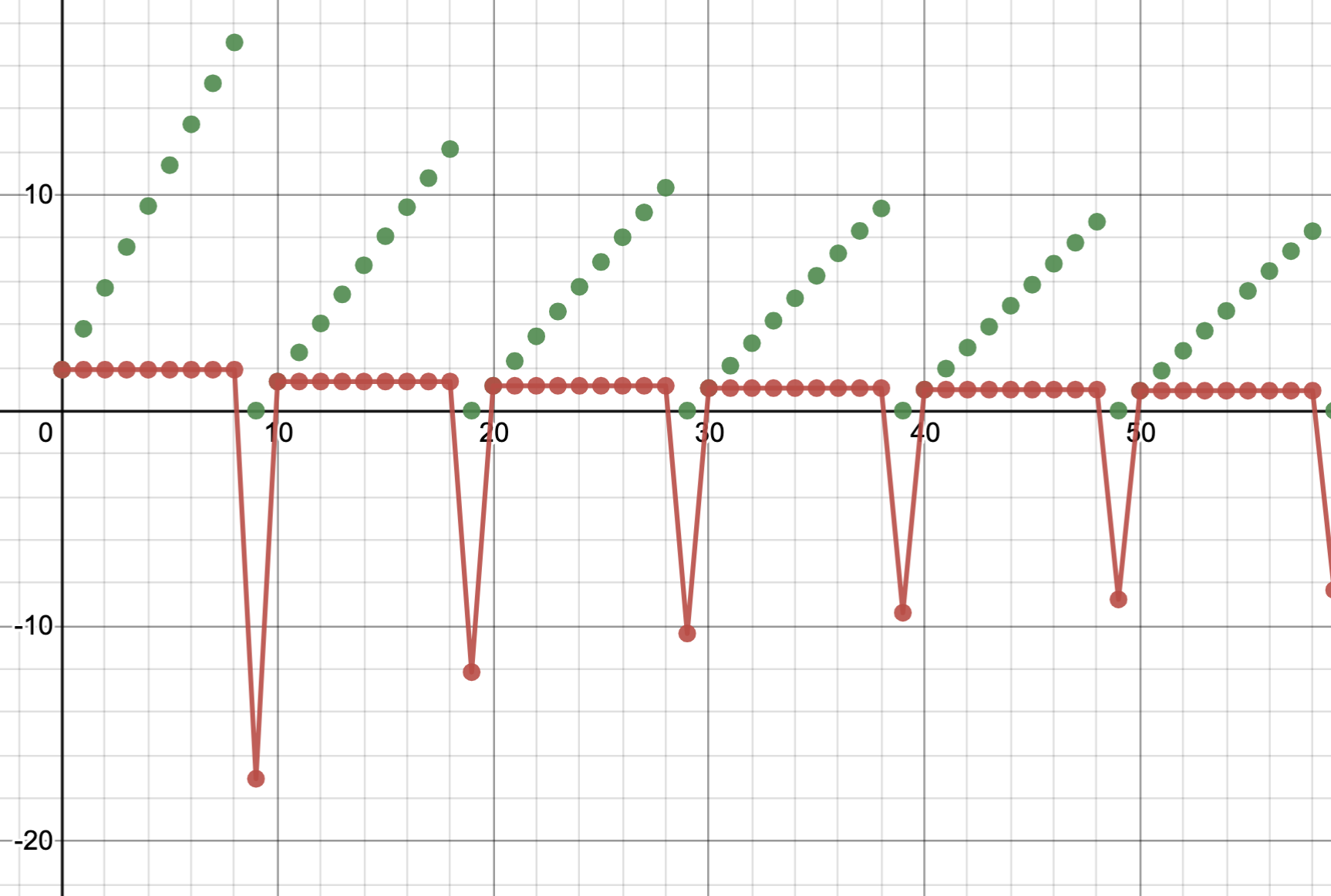 It stays constant for a while, and then that constant part is canceled by a large negative term. Because the flat part becomes smaller and smaller, the partial sums (shown in green) will eventually go to zero.

We now have that $\sum \frac{a_n}{n} > 0$, since the negative terms occur later, they will be smaller than the positive terms that occurred earlier. However, this method can only get something finite, more is needed to get the sum all the way to infinity.

Another thought is that we could rearrange the sum, but flipping the order in which the negative terms appear. For instance, here I reverse the order of every group of 5 negative terms, so that larger negative terms occur later (flipped shown in black)

I'm fairly certain this is still insufficent to get out an infinite value (mainly since the effect will be neglible on the tail, so the partial sums of $\sum \frac{a_n}{n}$ still converge). What's interesting, is that this rearrangement hasn't effected the value of the original sum, we still have $\sum a_n = 0$.

I'm thinking this is possible, perhaps by reversing a larger and larger amount of consecutive terms, up to infinity at the tail, and being careful about making sure the original sum still converges, though I don't have a good idea of one would actually do this correctly.

Not the answer you're looking for? Browse other questions tagged real-analysis sequences-and-series counterexamples or ask your own question.

25
Can a conditionally convergent series of vectors be rearranged to give any limit?
4
Ratio of Sequences Sum Inequality
48
Rearrangements of a power series at the boundary of convergence
6
Is the value of $\sum\limits_{k=1}^{\infty}\frac1{(C_k)^n}$ known?
2
Riemann series theorem and uncountable number of sums which sum to every value
5
Riemann rearrangement theorem with restricted choices
3
A proposition for summing divergent series, but how should partial summation be defined at non-natural values?
Question feed