Is the hierarchy of relative geometric constructibility by straightedge and compass a dense order?

This is a partial preorder on geometric figures, considered as sets of points in the Euclidean plane. The order gives rise to a corresponding strict order notion $A<B$, which holds when from $B$ we may construct $A$ but not conversely. That is, $$A<B\qquad\text{ if and only if }\qquad A\leq B\quad\text{ and }\quad B\not\leq A.$$

Question. Is the hierarchy of relative geometric constructibility a dense order? That is, if $A<B$ for figures in the plane, is there a figure $C$ such that $A<C<B$?

I would also be interested to know whether the answer depends on considering only finite sets of points or infinite sets.

[Update. The main question is now answered by the maximality argument of Pace Nielsen below, but remains open in the case of finite figures. That is, if $A$ and $B$ are finite geometric figures with $A<B$, must there be some figure $C$ strictly between?]

The symmetry claim is not true, however, for triangles. For example, from a unit length and $\sqrt[3]{2}$, we can construct a unit isosceles right triangle, but from such a triangle, we cannot construct the length $\sqrt[3]{2}$. This instance is also discussed on my blog post.

Since this case has the feeling of being perhaps a minimal extension, it might be considered as a natural candidate counterexample, and several people (including David Madore and Nikolay Nikolov) have proposed various arguments that make definite progress. But the matter is currently still open.

There are three answers. Throughout let $qcl(F)$ be the quadratic closure of a field $F$ inside $\mathbb{C}$.

Part 2: The order is not dense. Just use Zorn's lemma (or transfinite induction, if you want to avoid the axiom of choice) to construct a quadratically closed subfield of $qcl(\mathbb{Q}(2^{1/3}))$ that is maximal with respect to not containing $2^{1/3}$.

Part 3: If by "geometrical figure" you mean a finite set of points, then I don't know the answer to the first question anymore. (Edited to add: I've now also answered this question in the negative. I've put it as a separate answer.)

Finally, it is in the quadratic closure of $\mathbb{Q}(\sqrt[3]{2})$, because we can look at the explicit formula for the roots of a quartic: 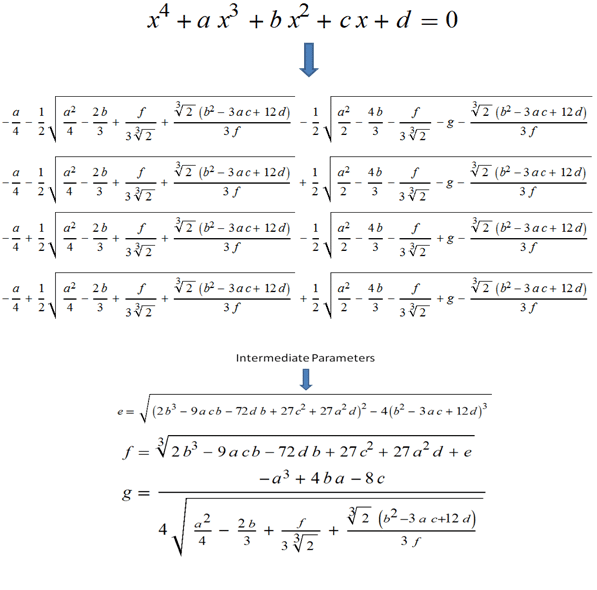 I've figured out how to do the finite graph case, in the negative. The ordering of quadratically closed fields is not dense in that case either. Throughout let $qcl(F)$ denote the quadratic closure of $F$.