In his book [1], Richter-Gebert introduces a notion of stable equivalence for primary basic semialgebraic sets (subsets of $\mathbb{R}^n$ defined by a conjunction of polynomial equations and strict inequalities with rational coefficients) and claims that stably equivalent sets have the same homotopy type. From the rest of the book, it then follows that (among other interesting things) all the homotopy types of primary basic semialgebraic sets occur as realization spaces of 4-polytopes.

Apparently, there have been many different notions of stable equivalence in the literature. He writes

The common idea is that semialgebraic sets that only differ by a "trivial fibration" and a rational change of coordinates should be considered as stably equivalent, while semialgebraic sets that differ in certain "characteristic properties" should not turn out to be stably equivalent. In particular, stable equivalence should preserve the thomotopy type, and respect the algebraic complexity and singularity structure.

My question concerns one kind of map which is used in the definition of stable equivalence, namely stable projection which relates to the "trivial fibration" aspect in the above quote. Richter-Gebert claims in [1, Lemma 2.5.2], that if $W$ stably projects onto $V$, then $W$ and $V$ have the same homotopy type but omits the proof. I would like to know why this is true.

After many discussions about the technicalities behind this idea, my colleague came up with the following example: $$ W = \{\, (v,w) \in \mathbb{R}^2 : v(vw - 1) = 0 \,\}. $$ $W$ is the union of a hyperbola with the $w$-axis. This set projects to the entire $v$-axis and its fibers are all given by a single rational affine-linear equation in $w$ whose parameters polynomially depend on $v$. This is a stable projection per definition, but $W$ has three path-connected components whereas $V$ only has one, which contradicts the homotopy equivalence.

I wonder if I overlooked something. Is this really a counterexample to Richter-Gebert's lemma? If yes, can someone who is more versed in these topological notions (or alternative definitions of stable equivalence) think of a way to repair the definition in a way that preserves the intention of the book: showing homotopy type universality of realization spaces of polytopes?

More concretely, I wonder if there are any additional topological assumptions to make about $\pi$ to ensure that it has local sections around every point in $V$ (that is, for every point $v$ an open neighborhood and a continuous right-inverse for $\pi$ defined on that neighborhood). Since the fibers are convex, I believe that a partition of unity can be used to convex-combine the locally finitely many local sections to obtain a continuous global one, which $W$ then may be contracted to. But finding local sections seems hard especially on points where the rank of the linear system $\Psi_v \cdot w = b_v$ occuring in the definition of the fiber $\pi^{-1}(v)$ is locally non-constant (the rank may increase in every neighborhood of $v$, which is what happens in the above example at $v=0$).

These are observations made by a non-topologist who has run out of colleagues to pester. I would also greatly appreciate pointers to the proper jargon and any literature dealing with problems of this kind.

If I did overlook something and this is not a counterexample, how to prove [1, Lemma 2.5.2] (the homotopy part) properly?

The quick answer to my question is: Yes, the space described in the question is a real counterexamle. It can even be "homogenized" to $W = \{\, (v,w,w') \in \mathbb{R}^3 : w' > 0, \, v(vw - w') = 0 \,\}$. This primary basic semialgebraic set is also disconnected but its stable(!) projection onto the $v$ coordinate produces the entire real line. In this case, the fiber-defining equations are homogeneous linear functionals in $(w,w')$ whose coefficients are polynomials in $v$. As such, it is a counterexample to Lemma 1 (i) in [2] which uses a (still) slightly more restrictive notion of stable projection than the one in the question.

I am in contact with the author, who has confirmed the problem, and we are working on a correction note. However, since the problem is with a definition (i.e., it fails to make a lemma true) which is, in one way or another, used throughout the book, understanding the implications might take some time. At this point, we are both convinced that this is a minor technical issue which does not impact the main theorems.

Let me give a few details about the failure of this lemma in the homotopy equivalence case. There is a more complete write-up on my blog about everything I have gathered about this topic.

Under these assumptions, the full-rank subsystem $R_v$ completely determines the solutions of the linear system on $U_v$. Any choice of $(v,w) \in F_v$ can be uniquely extended to a continuous local section $s_v: U_v \cap V \to W$ of the coordinate projection $\pi$ by Cramer's rule. In all of these considerations we can assume that $U_v$ is so small that the strict inequalities, which are also part of the definition of $F_v$, will be satisfied by any solution $w'$ to the linear system which is sufficiently close to $w$.

Thus, Cramer's rule gives an open covering of $V$ by local sections $(U_v, s_v)$. We may tacitly coarsen this covering to a locally finite one. The next step is to patch these local sections together to a global one. To this end, we pick a partition of unity $\rho_v$ subordinate to the locally finite covering $(U_v)_{v \in V}$ and set

Subordination and local finiteness ensure that this is a well-defined and continuous function $s: V \to W$. It remains to notice that $s_v(\tilde v) \in F_{\tilde v}$ (whenever $\rho_v$ is non-zero) by construction and $F_{\tilde v}$ is convex by assumption. The value $s(\tilde v)$ is a convex combination of elements of $F_{\tilde v}$ and therefore remains inside the fiber. It follows that $s$ is a global section of $\pi$. The convexity of the fibers can then again be used to see that $s(V)$, which is homeomorphic to $V$, is a strong (straight-line) deformation retract of $W$, which implies homotopy equivalence.

Thus, the assumption that the fibers, as polyhedra, locally have the same dimension everywhere leads to homotopy equivalence. Sure enough, the hyperbola counterexample fails the local equidimensionality condition at $v=0$. 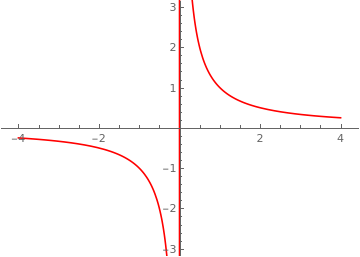 The proof implies that some variations of the definition of stable projection lead to homotopy-equivalent semialgebraic sets, too. The loose criteria are: the fibers need to be convex and local sections must be obtainable. This can be achieved through different assumptions about the linear equations defining the fibers. In addition, the strict inequalities need not be linear as long as the fibers remain convex.