Consider the space of planar sections of any given convex 3D body.

And which convex solid gives it?

It appears that right circular cones can be constructed such that the planar section with highest area and the section with highest perimeter are different, indeed perpendicular to each other. E.g. the ratio seems to be $2/\pi$ if the cone's height equals the diameter of its base.

Generalization: Consider the set of quantities: {area, perimeter, diameter, width,...}. Take each pair (x,y) of such quantities. What are bounds on the corresponding ratios for those pairs?

Further questions: From among bodies for which two quantities x and y from the above set are maximized on the same planar section, will a third quantity z be maximized on another plane? If so how to quantify this difference?

E.g.: From among 3D solids with both area and perimeter maximized on the same planar section, are there any solids whose width is maximized on another planar section? And if so, which solid gives the lower bound on the ratio between the width of the section maximizing both area and perimeter and the width of the section maximizing width?

That's a mighty large question, considering all choices of the parameters.

To the basic question:

It seems that the area ratio can be arbitrarily close to zero.

This shape is difficult to visualize due to its thinness, but as noted in the comments, it is like a flattened axe head. The following figure has nonuniform scaling in the $x$, $y$ and $z$ axes. 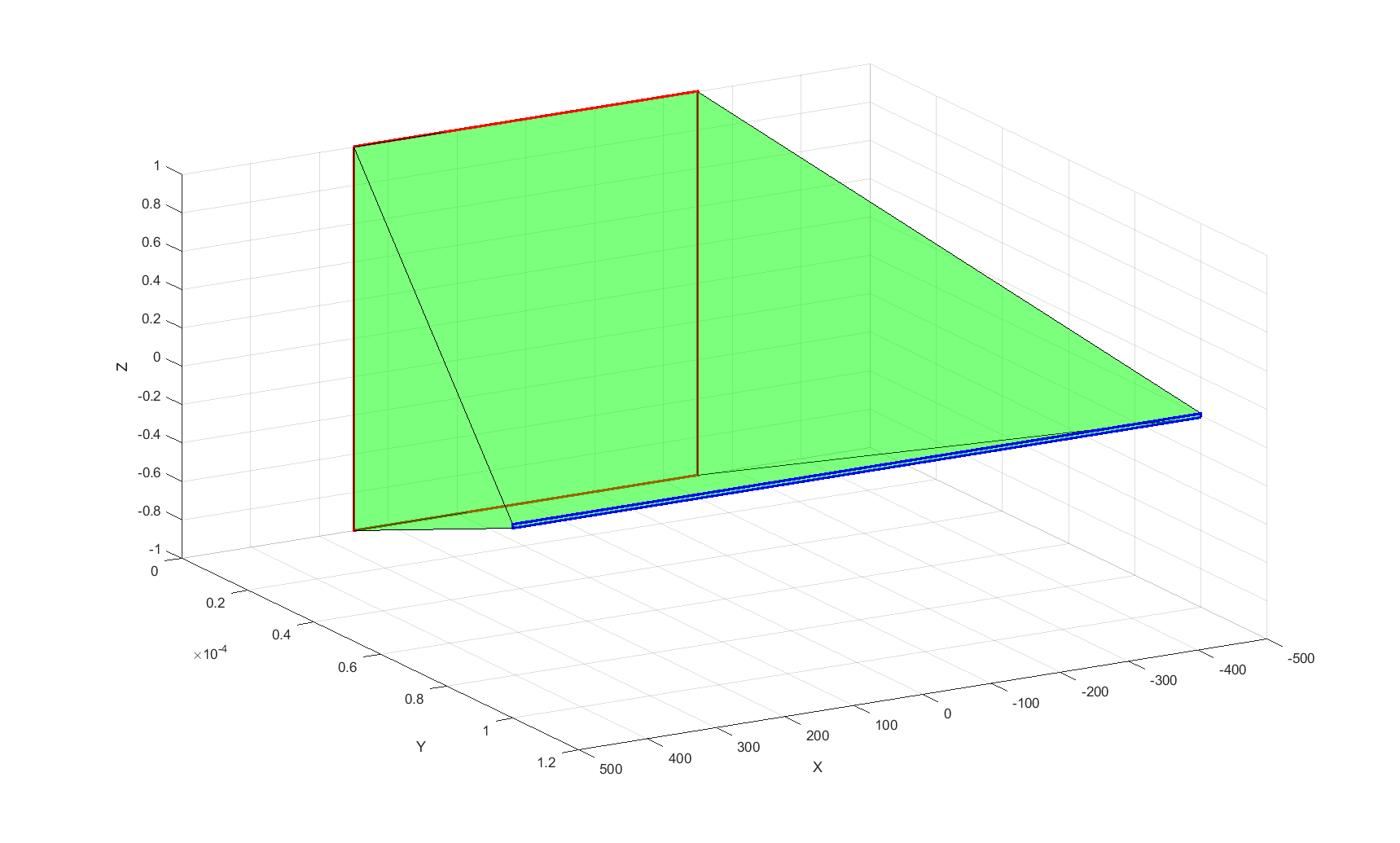 Note that with these parameters, the top and bottom trapezoidal faces ("cheeks" of the axe) have perimeter $\approx 2000.00392$, slightly smaller than the blade.

It seems (although I haven't done that formally) that one can tune the three parameters carefully to make the area ratio arbitrarily small. When making $w$ smaller, one should simultaneously make $h$ smaller and $L$ bigger (roughly, $L > 1/w$ to keep the trapezoidal perimeter smaller than the blade perimeter).

To the last question:

(Area and perimeter maximized by one section, but width by another)

Yes, for example the unit cube. 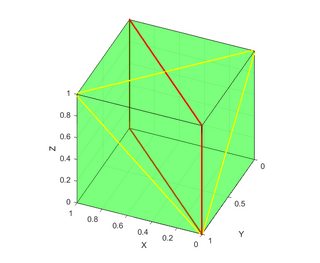 This is just one small example (well, you could make it bigger by taking a bigger cube). I'm eager to see a full answer that takes into account the various choices of two or three parameters, over various convex bodies, and also provides bounds on the differences!

The figures were made with the help of Ayad Al-Rumaithi's MATLAB code Intersection of Polyhedron with Plane, which is extremely handy for studying plane sections.

This is more a reference than an answer but the keyword you are looking for is 'isoperimetric'. A lot of closely related questions are studied under the heading of 'isoperimetric inequality', the wikipedia article gives an overview and a bunch of references. 'Isoperimetric problem' is also a good searching keyword.

1
Shadows and planar sections of polyhedra – 2