Partition graph so every cycle lies in single subgraph

I'm trying to decompose an arbitrary undirected graph G into minimal subgraphs so that no cycle of the original graph does cross the boundaries of a subgraph. The subgraphs are defined by a partition of edges of G, meaning that each edge is assigned to exactly one subgraph while each nodes is present in all subgraphs that contain at least one edge connected to that node.

Stated another way, two edges are part of the same subgraph if, and only if there is some cycle in G containing both edges.

For example, given the following graph, the blue circles show how eges are grouped into subgraphs: 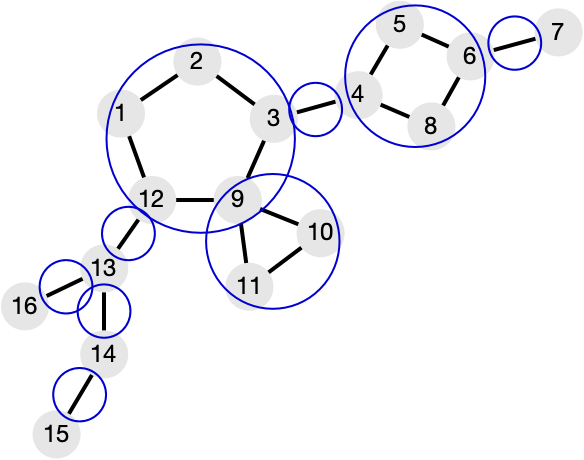 As a result, decomposing the graph above would yield the following 9 subgraphs: 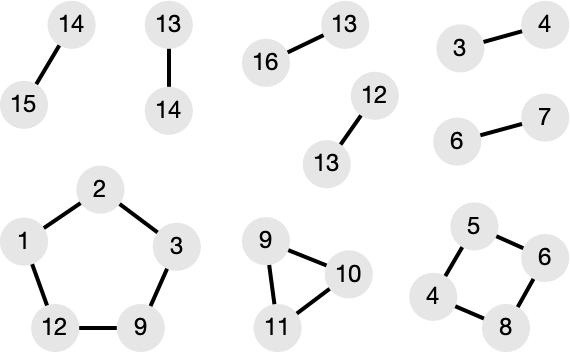 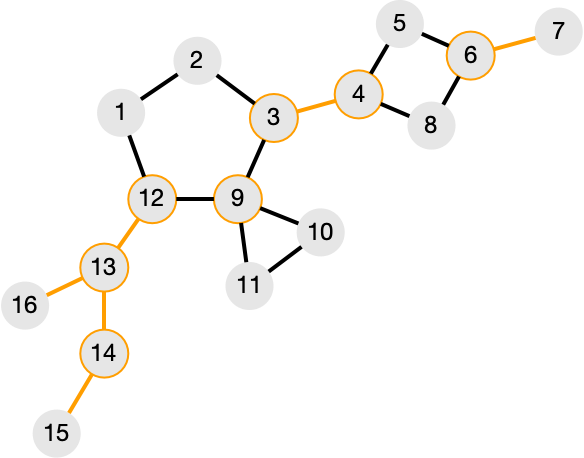 Is there an efficient algorithm to compute the partition I've described above?

The graphs I'm working with may contain arbitrary cycles but most of them will be very small (e.g. < 5 nodes) and often not connected to other cycles.

The partition you are describing is given by the block-cut tree of $G$. It can be computed in linear-time by a classic algorithm of Hopcroft and Tarjan based on depth-first search (see the linked wikipedia page for a description of the algorithm).

Not the answer you're looking for? Browse other questions tagged co.combinatorics graph-theory partitions or ask your own question.

3
Algorithm to find all the cycle bases in a graph
4
How many edge-disjoint cycles of length 3 are in the complete graph?
4
Does a graph with all vertex degrees divisible by 3 contain a cubic subgraph?
1
Do the cycles containing a fixed edge generate the cycle space of a graph?
4
Find all faces in a graph from list of edges
2
How to find a random cycle in a large graph?
2
Finding a cycle of a specific length in an edge-weighted graph
0
Find cycles with specific weights in complete graph
Question feed