Decoding the Reed–Muller $RM(m, m)$ code, and a matrix related to Pascal's triangle

It's fairly easy to show that decoding $\left\{ \beta_{x_0, \ldots , x_{m - 1}} \right\}_{(x_0, \ldots , x_{m - 1}) \in \{0, 1\}^m}$ amounts to multiplying it by the inverse of a certain $2^m \times 2^m$ matrix related to Pascal's triangle. This matrix appears in OEIS A047999; it's also discussed by Massey in connection with RM codes (see the matrix $\mathbf{M}_m$ in the section "two useful matrices"). It also appears in a number of places throughout the literature (see e.g. Preparata, Saluja and Ong, and an extremely interesting treatment by Callan which shows that the Thue–Morse sequence shows up in its inverse!). It also apparently shows up in the LU decomposition of the Walsh matrix; see this image. As an example, $\mathbf{M}_3$ is reproduced here:

You can see that its 1 entries take the shape of Sierpinski's triangle.

Recall the fast Hadamard transform over reals which scans pairs of entries from the left and generates the new vector as sums and differences.

This iteration works modulo 2 and scans pairs of entries from the left and generates the new vector as the left element of the pair followed by the sum of the elements in the pair, see below. Its complexity is clearly $m2^m.$ 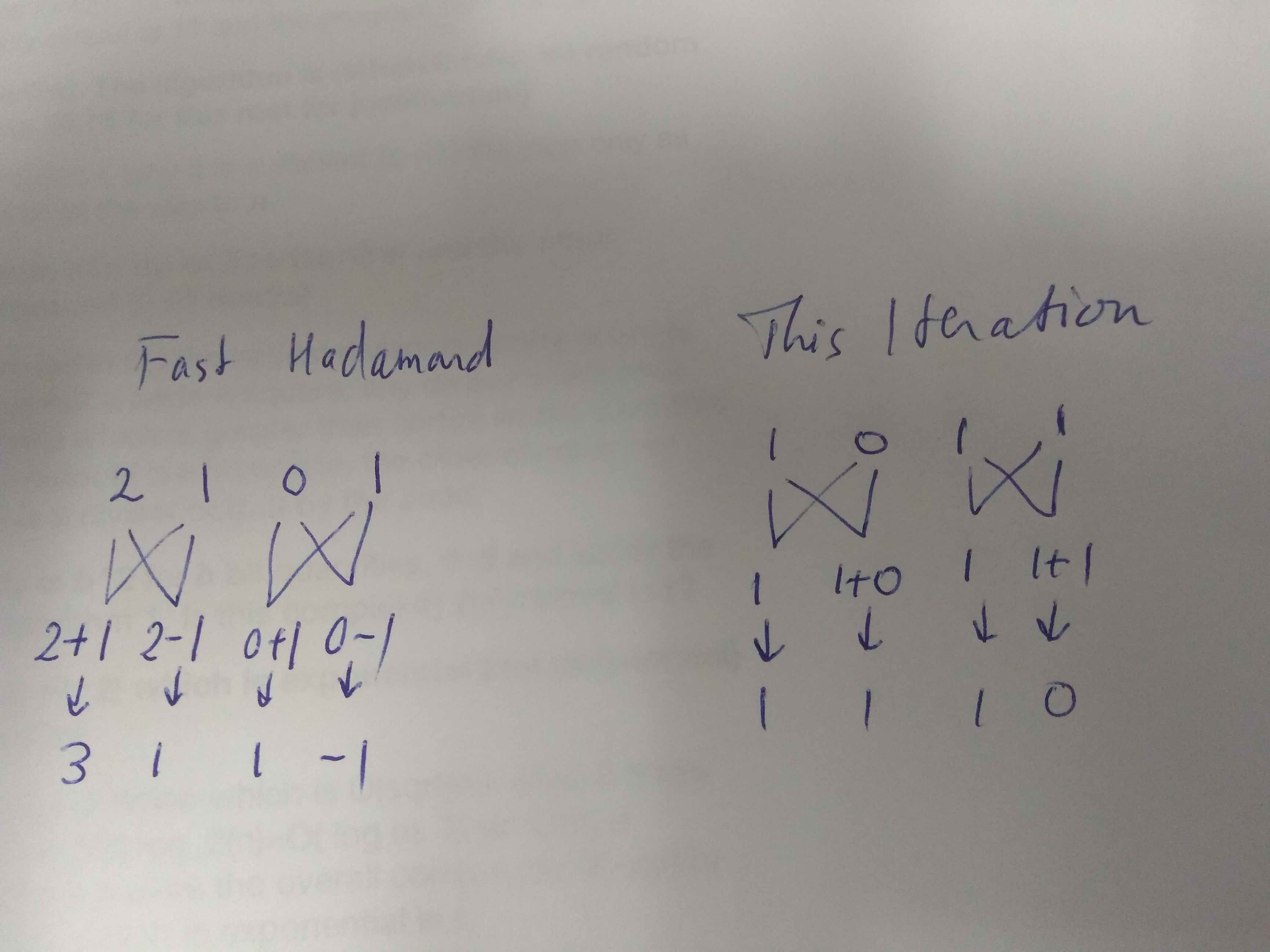 References: This was folklore for a long time, unsure where it first appeared in an academic publication. The terms ANF transform or Mobius transform are used. One relevant reference which is available online is here.

Not the answer you're looking for? Browse other questions tagged co.combinatorics additive-combinatorics coding-theory or ask your own question.

4
Is there a code which corrects corruption of any two bits in a block?
0
How to analysis the relationship between the accuracy of erasure and the probability of decoding in RS code
7
How to count the number of tensors over a finite field of tensor rank $r$?
4
Finding a binary variable assignment to make a matrix with variables singular (over F_p)
8
a Littlewood–Offord-type problem concerning the "cubical lattice"
Question feed