On the "Collected Works" of Charles Bradfield Morrey, Jr

I've been thinking of this question for a while, at least from the first time I started to improve the Wikipedia entry on him: I saw an advertising on this book on the back of the front page of the book [1] (as shown in the following image) 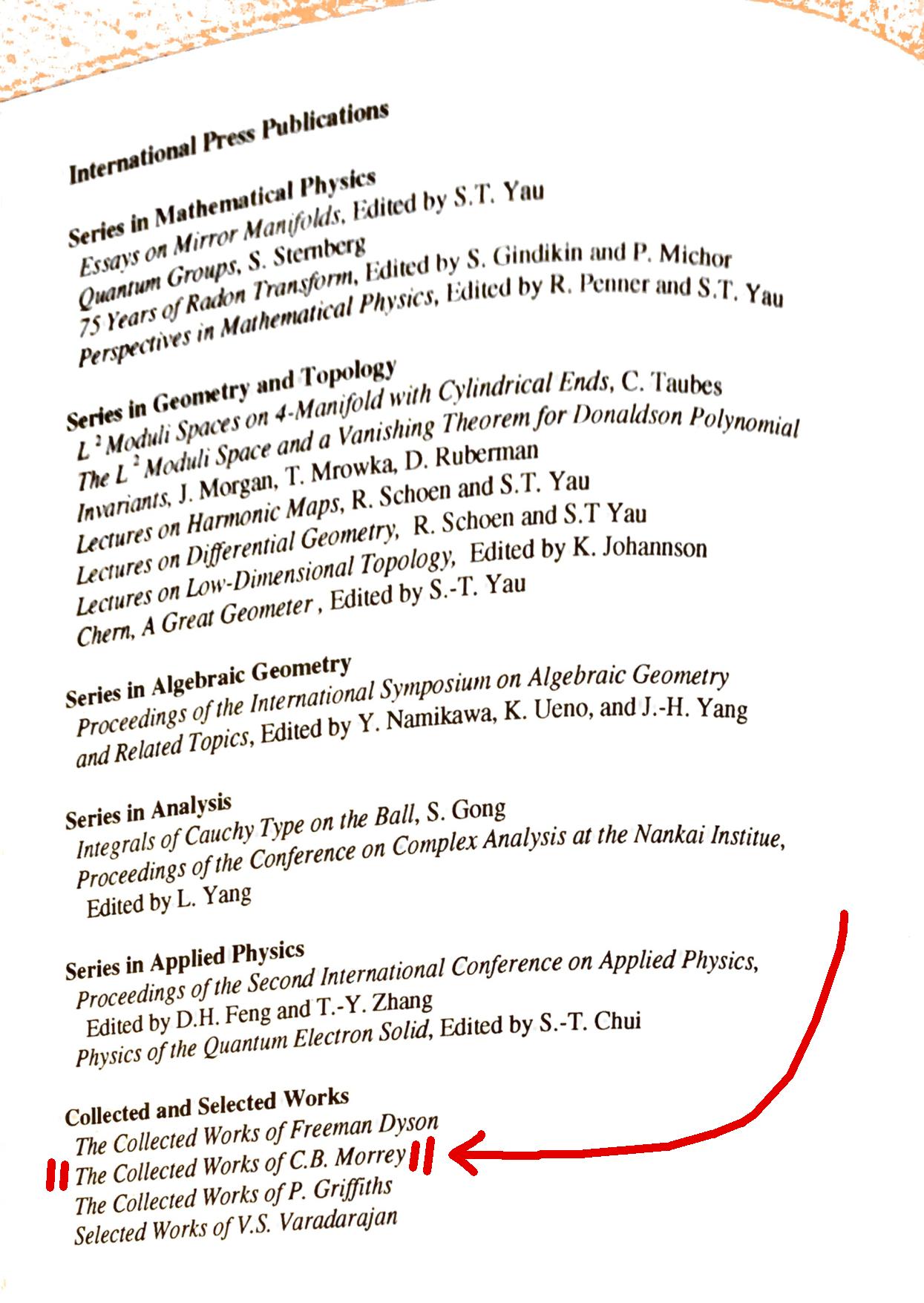 which, however, was published long ago. Note also that the other books advertised have been already published (or at least it was published a "Selecta"):

Apart from the fact that I like (and sometimes I happily use in my job) mathematical analysis in its widest sense (i.e. including the machinery originating from it) and I'd use the informations in included in order to further improve Morrey's Wikipedia entry, the reason is that I have always been interested in the works of the masters (as advised by Abel) as a means of improving my knowledge and skills. My research approach could be described as "build scientific research on its history (meant in its genetic sense)": despite perhaps its non optimality, this approach has undoubtedly several advantages, the most evident being the ability to avoid the "rediscover of hot water". And as an Italian, I can say that I was favored in pursuing it by the fact that the Italian Mathematical Community is very active in the publication of the Collected/Selected works of noted Italian mathematicians (this is also a distinctive tract of the Polish, Russian and French Communities).
In particular, having being acquainted to Morrey's results by the reading of the works [2] (which was very difficult to find due to its relative rarity), [3] and [4], and knowing about his work on quasiconformal maps from the large survey work written by Petru Caraman (see here for the precise reference), I am curious to see if there are other interesting results and methods due to him, perhaps overshadowed by other more modern/fashionable methods.

Browse other questions tagged real-analysis ho.history-overview calculus-of-variations biography or ask your own question.

24
What has happened to Lang's Files and other political texts?
17
History and motivation for Tannaka, Krein, Grothendieck, Deligne et al. works on Tannaka-Krein theory?
86
History of $\frac d{dt}\tan^{-1}(t)=\frac 1{1+t^2}$
19
Did André Bloch or any other mathematician receive the Becquerel Prize?
2
Explanation of two interrelated identities of Gauss about cubic and biquadratic periods
51
Modern results that are widely known, yet which at the time were ignored, not accepted or criticized
62
Identity of J. L. Rabinowitsch (of Rabinowitsch Trick)
8
Why does Arnold put Hardy on the same level as Bourbakists?
Question feed