Last update as of Jan 27, 2021: I posted this as an article for laymen, here. It is very light mathematically speaking, but section 3 is a little more accurate than my post here.

During some statistical research about iterated convolutions and moving averages, I came up by chance with surprising results for the Dirichlet Eta function related to $\zeta(s)$, and this spiked again my interest about its complex roots in the critical strip.

Applying $h_n$ with $n=60$ to $X(t)$ yields the result illustrated in the picture below, after proper scaling. 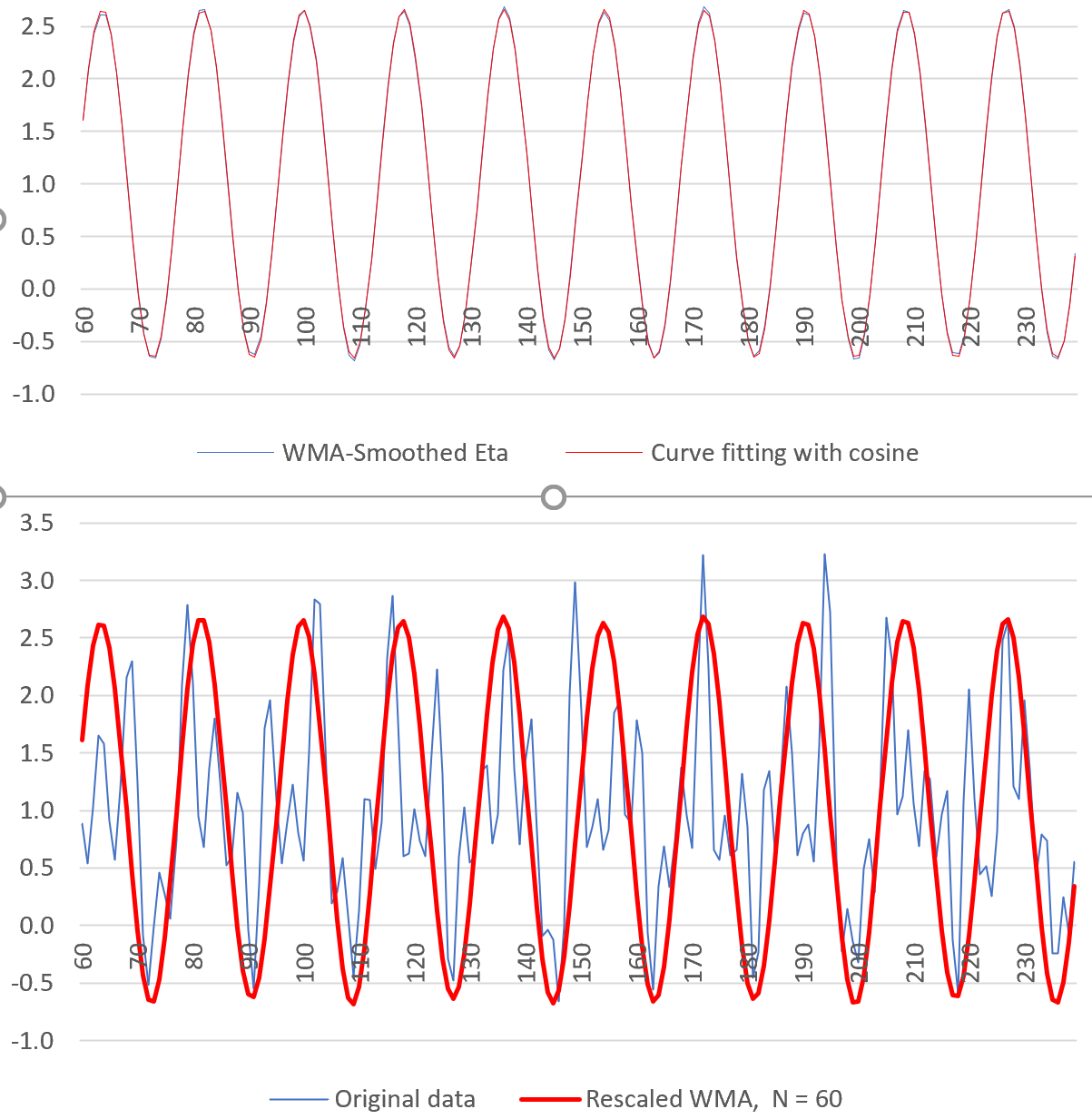 The blue curve at the bottom is $X(t)$, in this case the real part of $\eta(s)$ for integer values $60\leq t \leq 240$. The red curve is $h_{60} * X$ (convolution) on the same domain. It is very well approximated by a cosine function, so well that you can not visually tell the difference between $h_{60} * X$ and its approximation in the upper part of the picture: the two curves are almost perfectly super-imposed. This is caused by the choice of $h_n$ and its connection to the central limit theorem (my guess); ordinary weighted moving averages don't work. If instead you consider the imaginary part of $\eta(s)$, you get the same kind of graph with same scaling factor, but this time the approximation is with a sine function.

Also, the real part of $\eta(s)$ investigated here is 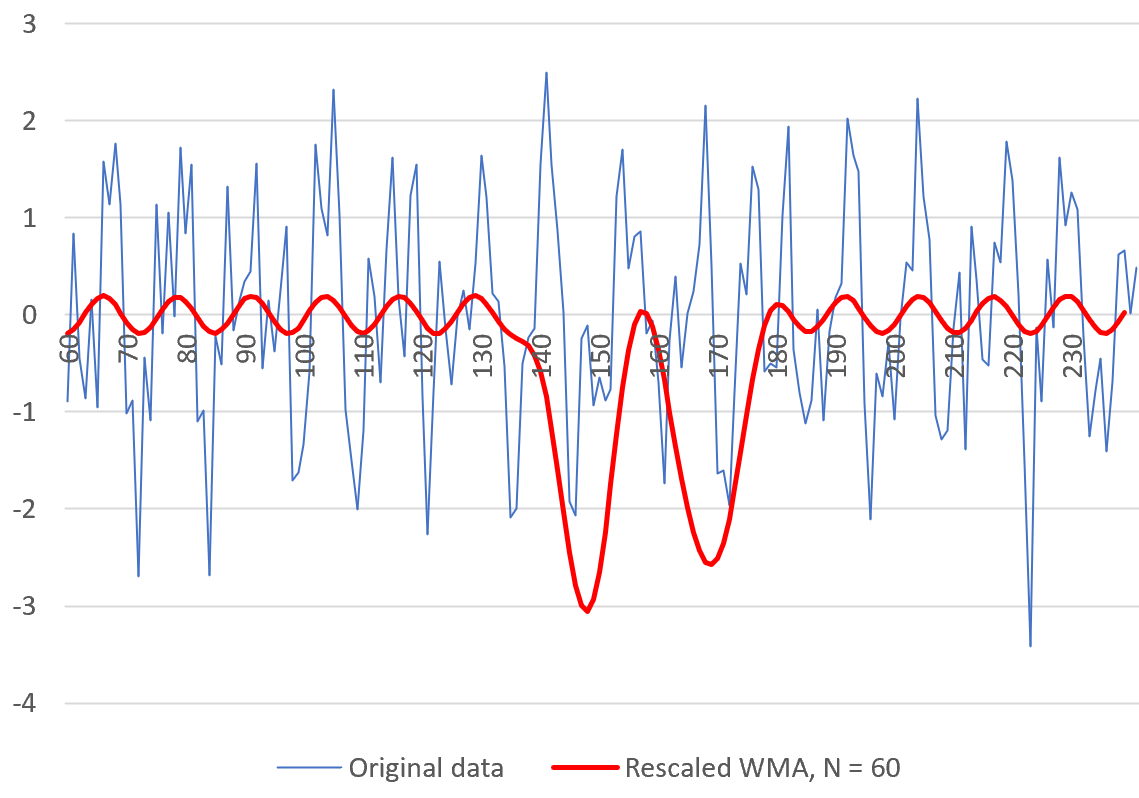 The dips are not a glitch in my computations. I also checked values of $t$ up to $t=600$, with still a perfect fit for the real and imaginary parts of $\eta(s)$, but with additional dips and bumps if you replace $\log k$ by (say) $\sqrt{k}$.

Could this type of formula be of any use to study the zeroes of the Riemann Zeta function? How do you explain such a coincidence (the excellent approximation)? Is my formula also true for $t>600$? Is it peculiar to $\eta(s)$? How to generalize to continuous convolutions?

Browse other questions tagged pr.probability analytic-number-theory riemann-zeta-function approximation-theory or ask your own question.