Let say a function $f$ is defined iteratively over the set of positive integers, for instance $f(t+1)=f(f(t))$ or $f(t+1)=f(t)+f(t-1)$. Based on the recurrence relationship and initial conditions, how would you define $f(t)$ if $t$ is a fraction or an irrational number? In short, you have a function $f$ defined over the set of natural numbers, and you try to expand the domain to cover all real numbers, while at the same time making $f$ well behaved.

The classic solution is to use Newtonian series, which have been known for centuries, and described briefly in my last section. Here I propose a new approach based on Fourier methods.

It starts with the following result, which is a direct application of the infinite product formula for the sine function, combined with using L'Hospital rule when $t=k$ in the formula below. Many (but not all) functions satisfy

where $\phi$ is a well behaved function satisfying $\phi'(t)\neq 0$ if $t$ is a strictly positive integer. In all my examples I only used $\phi(t)=t^2$, thus with $\phi'(t)=2t$. So we assume here that $\phi(t)=t^2$. In short, my result states (under appropriate convergence conditions) that for many standard even function, if you know $f(0), f(1), f(2),\dots$ then you can re-construct or extent $f(t)$ to any real number $t$ using my formula. Note that for integer values of $t$, the value for $f(t)$ computed with my formula is in fact a well-defined, implicit limit.

A well known and fundamental example of a function $f$ satisfying my above formula is $f(t)=1$. Another one is $f(t)=\cos \lambda t$ if $|\lambda|<\pi$. Obviously, if the formula applies to two functions $f_1,f_2$ then it also applies to any linear combination of these two functions.

So my method will work well (that is, my formula applies) for any function $f$ that can be written either as 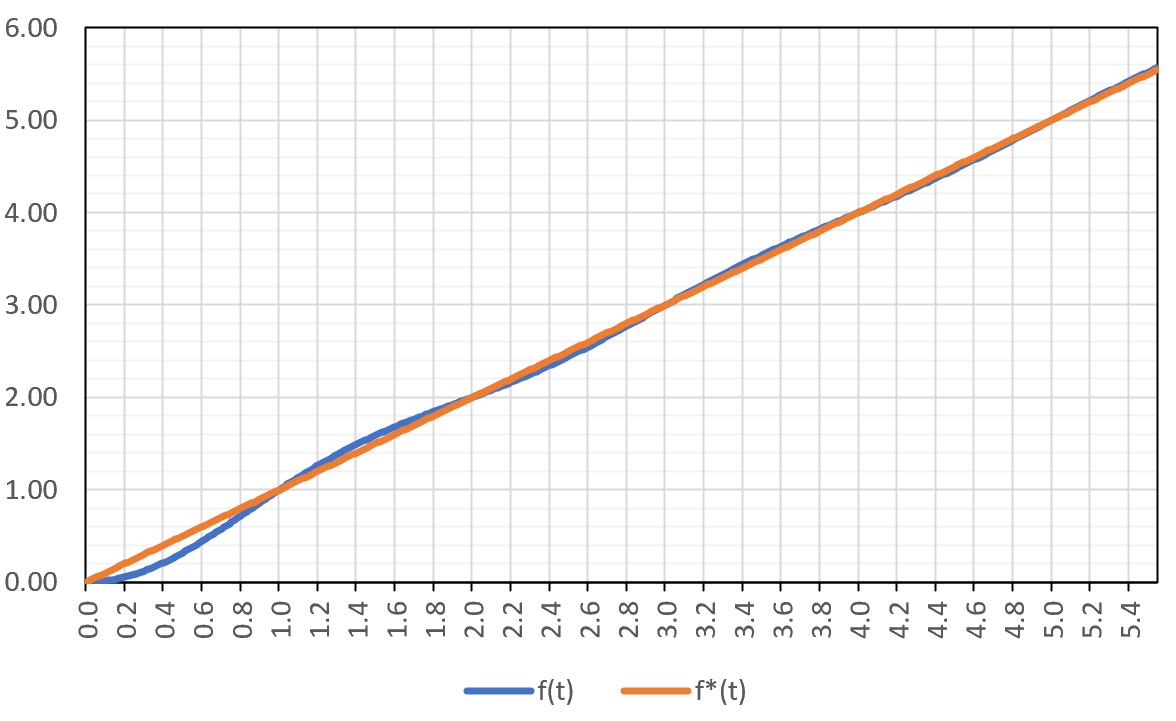 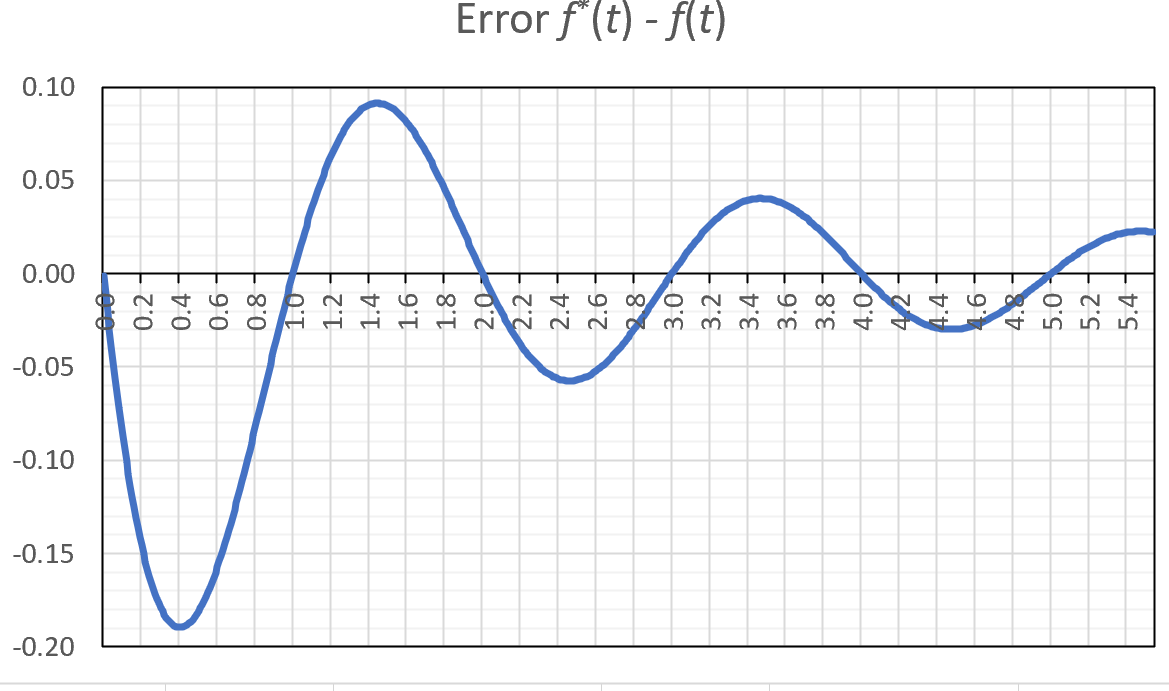 It is interesting to note that for $f(t)=\cos 3t$, the approximation is exact everywhere, while $f(t)=\cos 4t$ is one of the worst cases with a large error except if $t$ is close to a positive integer.

Method based on Newtonian series

For comparison purposes, I explain here what mathematicians typically use when confronted with this problem. The general formula (instead of my formula based on partial fraction expansions) is:

Despite $f(t)$ defined that way being an interpolation polynomial of infinite degree, it typically leads to a pretty smooth function.