An interesting sequence of numbers arising from the Riemann hypothesis

A very good coincidence occurred today with me. While just plotting random functions in Mathematica, I entered this command:
Plot[(1/(8Pi))Sqrt[x]Log[x]-Abs[PrimePi[x]-LogIntegral[x]], {x, 1, 100}]
It gave the following output: 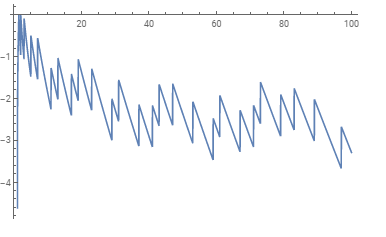 I increased the plotting limit (if it is called so) to 5000: 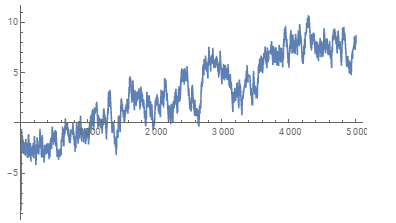 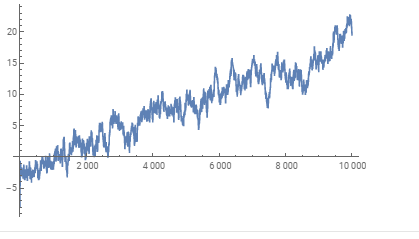 I increased the plotting limit even more, and it seems like that for all numbers bigger than a specific number (which is near 2000) the function I plotted is always greater than zero. I mentioned that a coincidence occurred. It was that I found the exact inequality on this article (see the "Consequences" section) and that's its connection with the Riemann hypothesis. The "specific number" that I mentioned was 2657. The inequality $\frac{1}{8\pi}\sqrt{x}\log(x)-|\pi(x)-\mathrm{li}(x)|>0$ (this is the function I plotted) holds for all $x\geq2657$ if the Riemann Hypothesis is true.
Now, I tried to generalize this. I plotted $\frac{1}{8\pi}\sqrt{x}\log^2(x)-|\pi(x)-\mathrm{li}(x)|$ from 1 to 5000. Here's the plot: 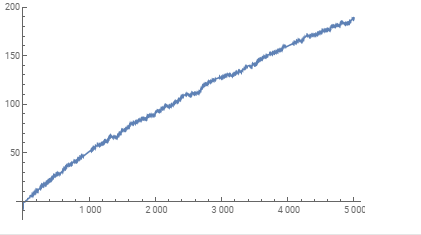