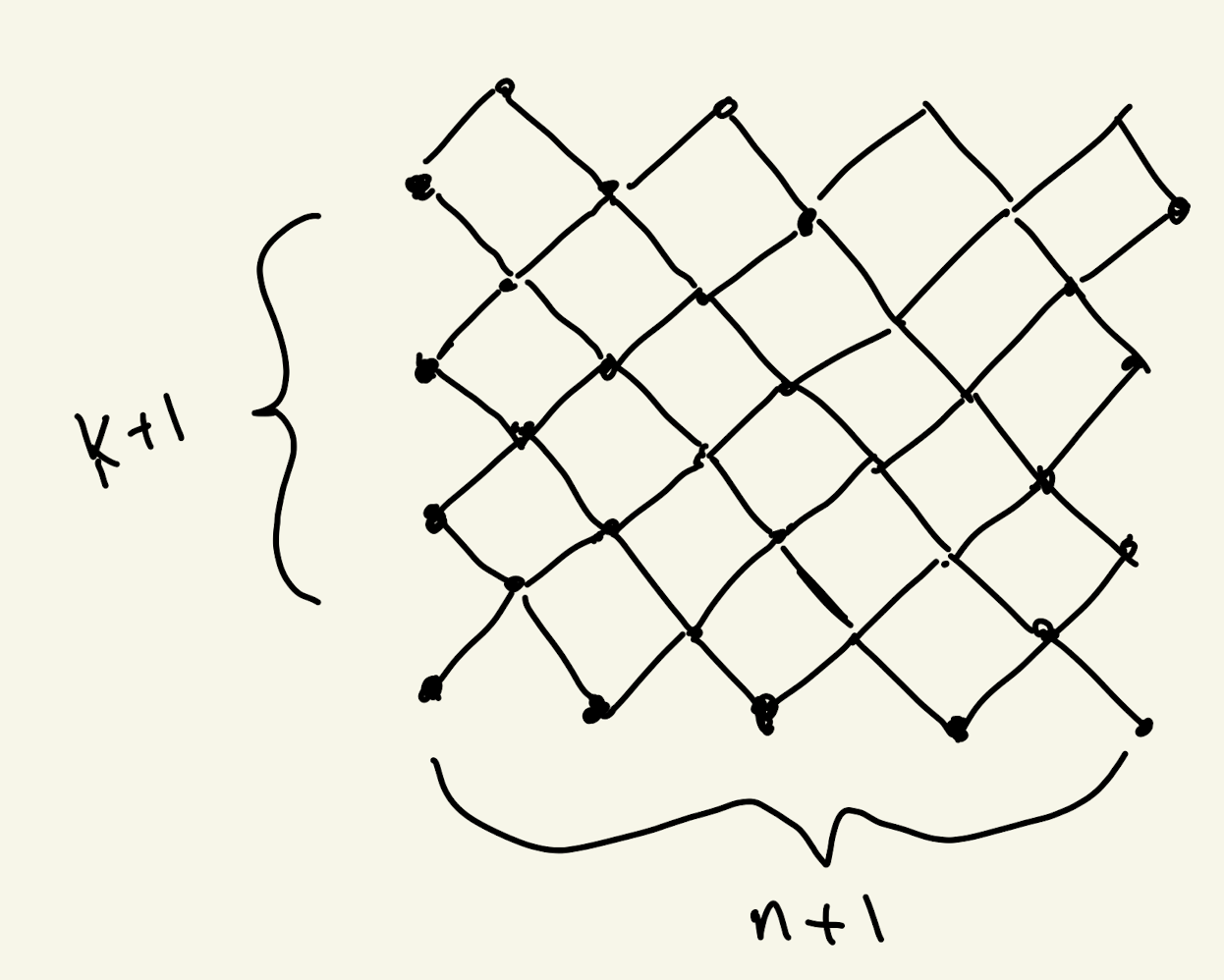 Note that these tuples of nonintersecting lattice paths could also be called $i$-fans of $(2k+1-2(i-1))$-bounded Dyck paths of semilength $n$.

There is of course a Lindström-Gessel-Viennot determinantal expression for $C(k,i;n)$.

Conjecture/Proposition: As a function of $n$, $C(k,i;n)$ satisfies a linear recurrence with constant coefficients.

The reason this should be true is via a "transfer matrix"-style argument. We can make $\mathcal{D}(k,n+1)$ from $\mathcal{D}(k,n)$ by adding two columns on the right; and if we consider $i$-tuples of nonintersecting lattice paths in $\mathcal{D}(k,n)$ that start at the bottom $i$ vertices of the leftmost column, there are finitely many patterns of sinks at which they could terminate at; and in turn there are a fixed number of ways to continue these patterns for the two additional columns.

If that is indeed so, then we can define $C(k,i;-n)$ at negative values via the recurrence.

The resolution of the previous questions implies that this is true for $i=1$ (and it is trivially true for $i=0$).

Given some directed graph $G$ with $k+1$ sources and $k+1$ sinks satisfying the conditions of Lindström–Gessel–Viennot, we can form a graph $\widehat{G}_n$ by gluing together $n$ copies of $G$ as follows: for all $t$, the $t$-th copy has its sources identified with $V_{t-1}$ and its sinks identified with $V_t$.

Now returning to your graph, we have another symmetry at our disposal. Choosing $I$ to be be the lowest $s$ vertices we obtain from the argument above that $C_{I,I}(k,s,-n)=C_{I^c,I^c}(k,k+1-s,n)$. We observe that there is a very easy bijection between the non-intersecting family of paths joining the lowermost $k+1-s$ sources/sinks in $\mathcal D(k,n+1)$ and the non-intersecting family of paths joining the uppermost $k+1-s$ sources/sinks in $\mathcal D(k,n)$ (erase the first and last column and flip everything upside down). This proves the statement in your question.

Not the answer you're looking for? Browse other questions tagged co.combinatorics enumerative-combinatorics recurrences catalan-numbers or ask your own question.