When modeling anisotropic particles, the two common types of shapes of interest are cylindrical and disk-like particles. For simplicity let us say we model these as prolates and oblates respectively (see below). 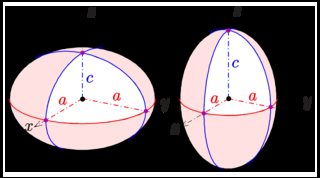 With increasing aspect ratio, the oblate becomes more and more disk-like, while the prolate becomes needle-like (either way, as anisotropic spheroids, both have a positional and orientational degree of freedom).

When one is interested in the connectivity properties of configurations of such particles, where the connectivity is justified on physical grounds, given the core of particles is hard (they cannot overlap or go through one another), connectivity criteria are defined as follows:

I guess the question is partly also related to the packing problem of anisotropic particles, but I don't know if knowledge of how particles pack, directly tells us something about how they can connect. I understand if there's no clear-cut statement or answer that can be made here, but if you have an intuitive take on the matter, based purely on the geometry of the two particles at hand, it would be most definitely welcome as answer here. Any reference to the literature where such/similar comparison has been made would also be helpful.

This is not an answer; more an excuse to post the intriguing image below. This Phys Rev article is quite recent, and perhaps its 46 references will help focus your question. 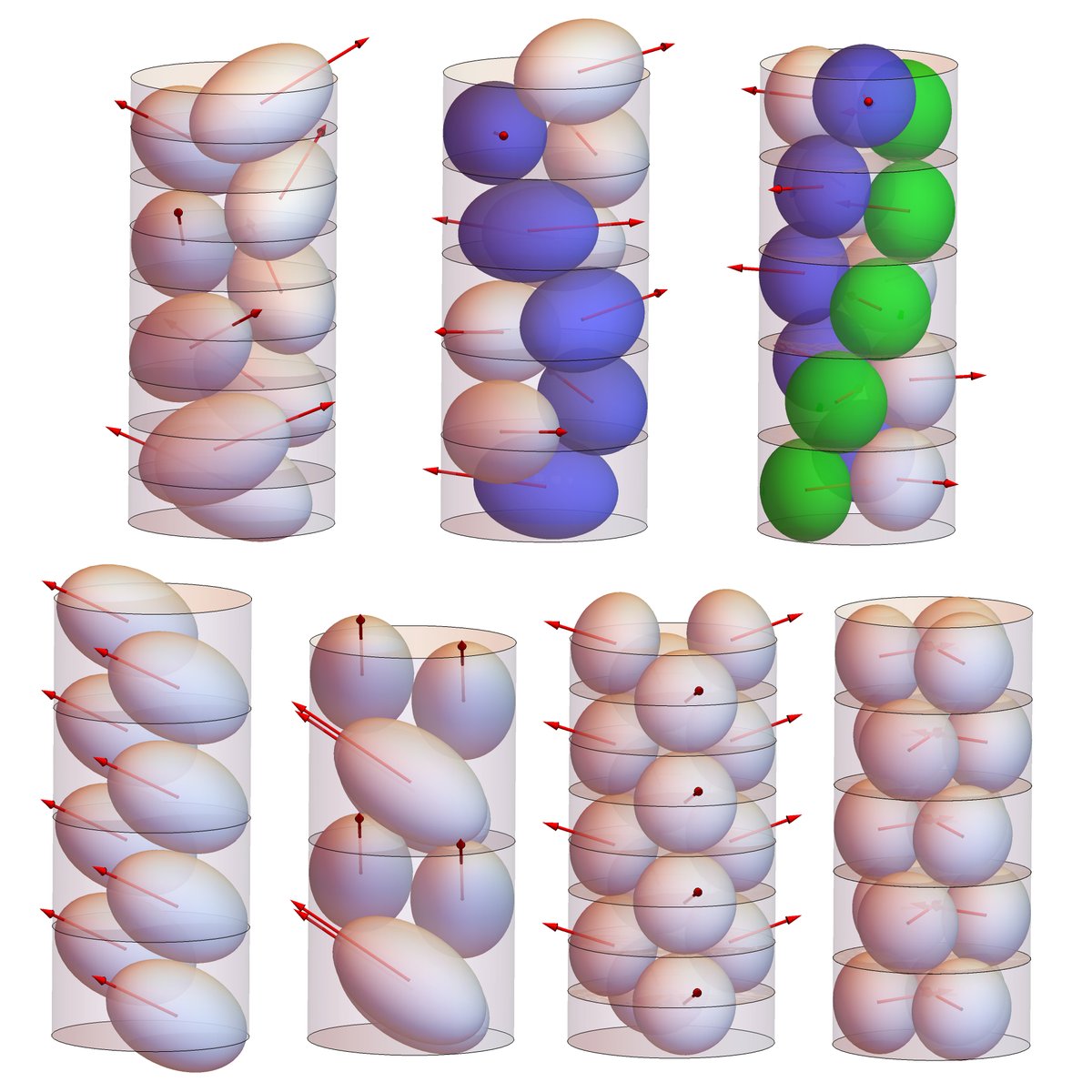 Not the answer you're looking for? Browse other questions tagged mg.metric-geometry mp.mathematical-physics euclidean-geometry packing-and-covering or ask your own question.

11
“Rolling Geodesics”: Designing a $k$-putt green
11
More than $n$ approximately orthonormal vectors in $R^n$
14
(Non)existence of mirrors with more than two foci
5
Relation of some Euclidean geometry theorems and more conjecture generalizations
4
Arranging squares without overlap
16
Can the graph of a symmetric polytope have more symmetries than the polytope itself?
2
Understanding Finite Size Scaling in Percolation Theory
2
Electrode assignment problem in resistive networks
5
Can I cover a compact set by balls {B} such that {2B} has bounded overlap?
10
Axiomatic QFT, the reconstruction theorem and functional integrals
Question feed