Action of Weyl group on regions of Shi arrangement

This is an elaboration of a question which was aked on MO several years ago, which was unanswered but deleted by the question-asker. I hope it is okay to elaborate on a deleted question like this; for reference the question is at https://mathoverflow.net/questions/209856/ (probably only visible if you have enough reputation).

The question is about upgrading this numerical equality to an equality of $W$-actions.

Each region $R$ of the Shi arrangement is made up of a number of alcoves, where alcoves are the regions of the infinite hyperplane arrangement $\{H_{\alpha,k}\colon \alpha \in \Phi^+, k\in\mathbb{Z}\}$ corresponding to the affine Weyl group. I believe that each region contains a "minimal" alcove, which could be defined as the one closest to the origin (and probably could also be defined in terms of minimal length in the affine Weyl group). Let me use $\mathrm{min}(R)$ to denote this minimal region.

Correction: Originally I proposed an "action" here which is clearly not a group action. Let me reformulate the question in a way which has a hope of being correct.

Question: Is there some way to define an action of $W$ on the regions of the Shi arrangement so that:

The original question was about the Type A case. In fact, the asker proposed that the isomorphism should be given by the bijection of Athanasiadis and Linusson (see A Simple Bijection for the Regions of the Shi Arrangement of Hyperplanes) between regions of the Shi arrangement and parking functions.

Note that in their paper Parking Spaces, Armstrong, Reiner, and Rhoades explain, following Shi and Cellini and Papi, a canonical and type-uniform way to label the regions of the Shi arrangement by parking functions (see Section 10).

I like this idea because of how geometric it is.

Here's a picture of what the orbits of this action should look like in Type $A_2$ (the red dot is the origin, and the dominant chamber is to the upper-right): 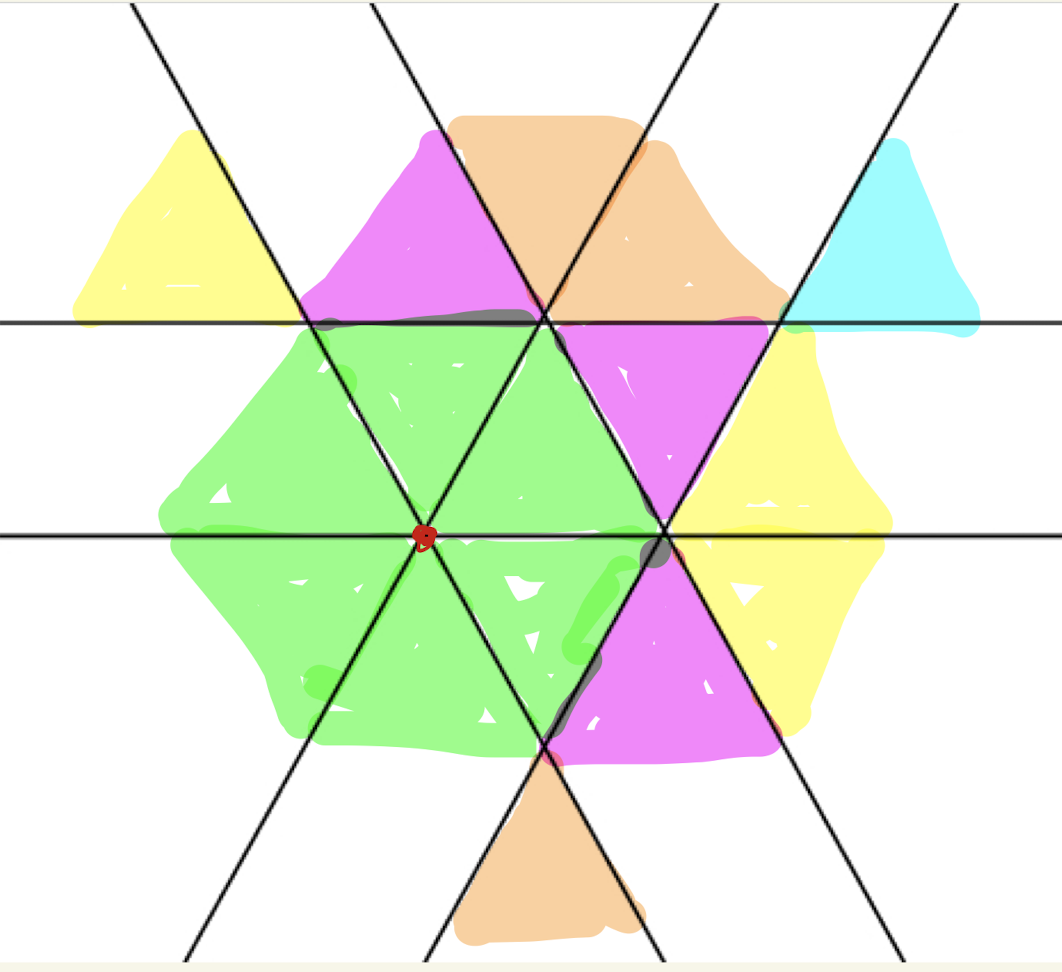 Again, compare to Figure 4 of the Athanasiadis-Linusson paper.

Meanwhile, here's what I think it looks like in Type $B_2$ (ignore the labels, they are from the Armstrong-Reiner-Rhoades paper): 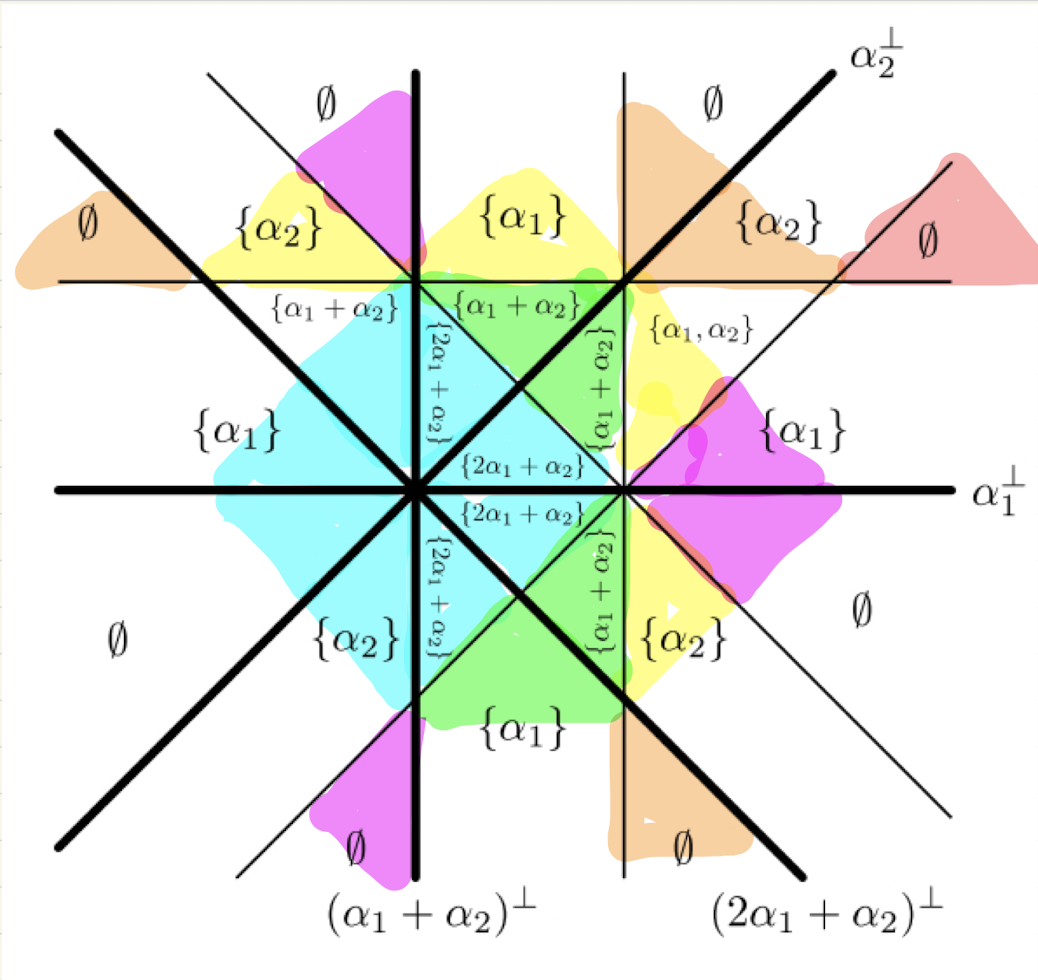 Not the answer you're looking for? Browse other questions tagged co.combinatorics rt.representation-theory root-systems weyl-group hyperplane-arrangements or ask your own question.

6
Does -I belong to Weyl group?
7
Bijection directly from (n,n+1)-core partitions to parking functions?
13
Minuscule weights of parabolic sub-root systems are not far from dominant
10
How many facets does the convex hull of all the roots of a root system have?
3
Translation functor on parabolic Verma module
7
Relationship between $q$-Weyl dimension formula and $q$-analog of weight multiplicity?
Question feed