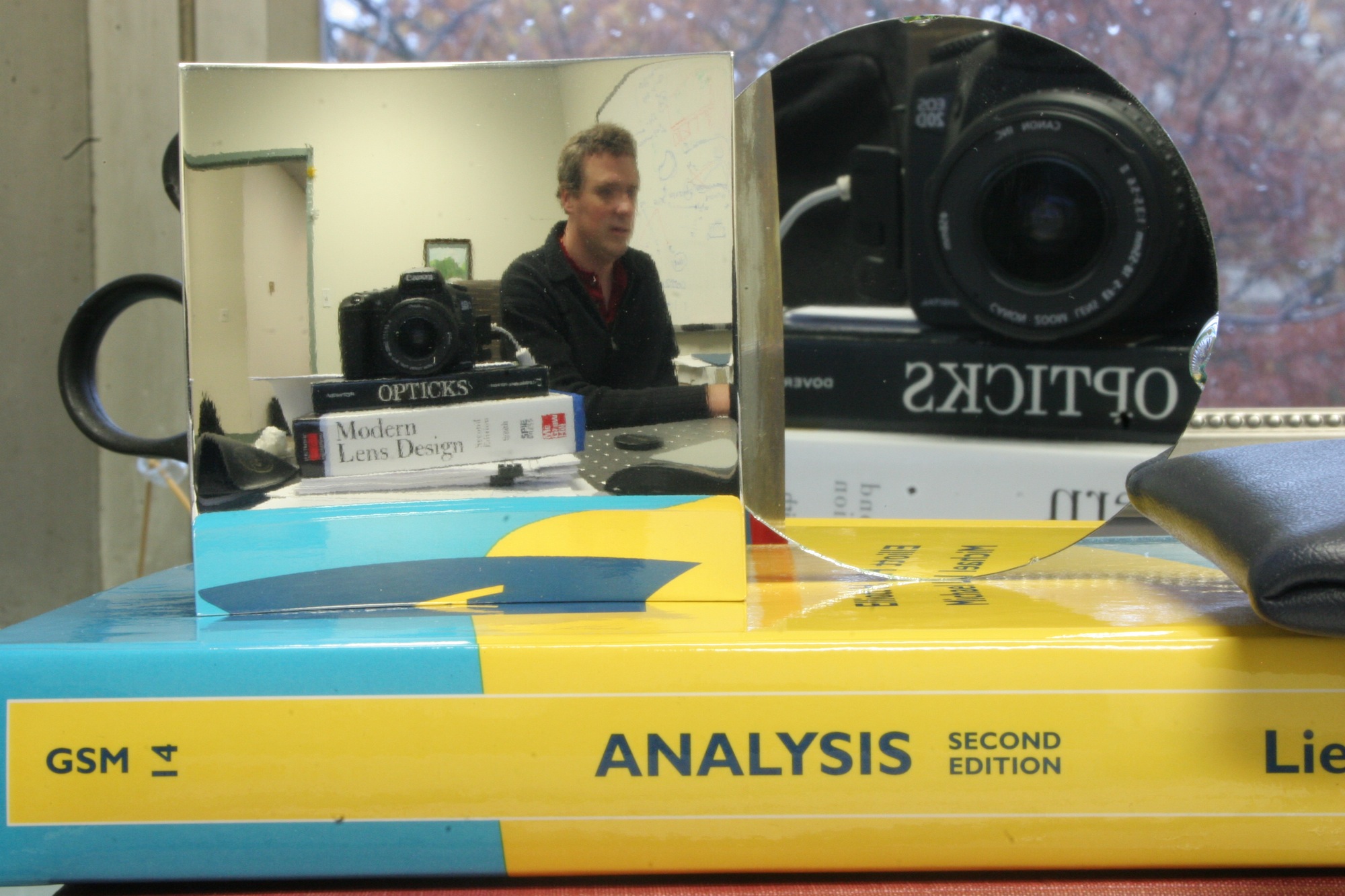 Not so prominent I think but I'd like to mention that the MathTime Professional 2 (MTPro2) fonts were designed by Michael Spivak of Publish or Perish Inc., see here.

I think, one can add Francesco Faa di Bruno to this list, see https://en.wikipedia.org/wiki/Francesco_Fa%C3%A0_di_Bruno. He is to my knowledge the only beatified mathematician.

Gunnar Carlsson is a professor at Stanford famous for his work in K-theory, and on the Segal Conjecture in homotopy theory. He is also the President and Founder of the company Ayasdi, described as

Per Enflo is famous for solving Banach's basis problem, Grothendieck's approximation problem, and the invariant subspace problem for general Banach spaces, and has other fundamental research in linear and non linear geometric functional analysis. He also has done research in population dynamics. A child prodigy as a pianist, he continues to give concerts in Europe and the United States, but you can hear him at home by creating a Per Enflo station on Spotify.

Doctor Ahmed Chalabi earned a PhD from the University of Chicago in 1969, founded Petra Bank in 1977, was sentenced in absentia in Jordan for bank fraud in 1992, and (allegedly) very successfully lobbied for the 2003 Invasion of Iraq.

Abu Rayhan al-Biruni (973 – after 1050) was an Iranian polymath, physicist, astronomer, natural sciences, historian, chronologist and linguist. One of the best his achievements is a method proposed and used by him to estimate the radius and circumference of the Earth almost 1000 years ago.

He was also inventor of minutes and seconds of time. 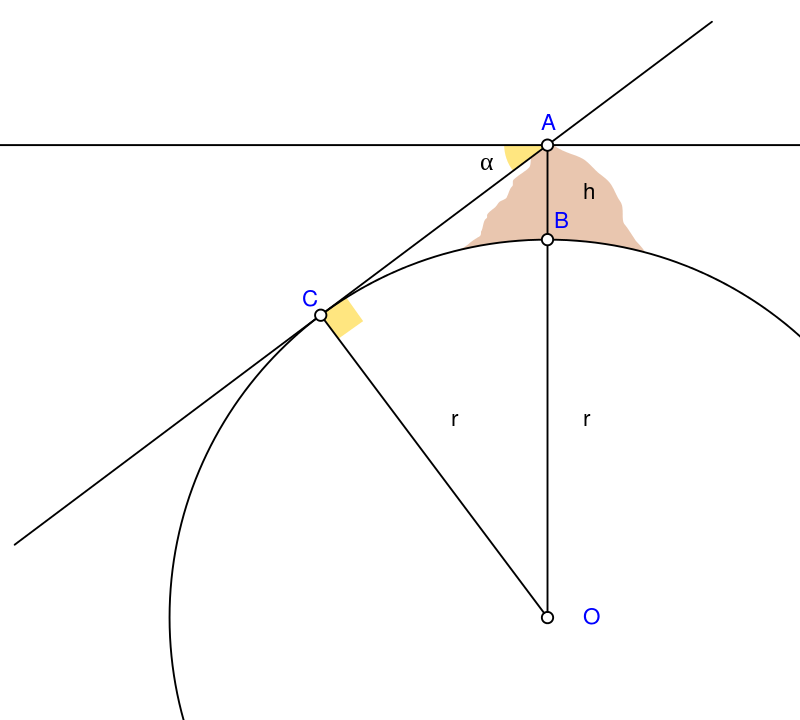 Andrew Blumberg, in addition to being an accomplished homotopy theorist, a full professor at UT Austin, and having published more than 60 papers, also works on issues related to geolocation data and privacy. For example, he worked on an amicus brief for a Supreme Court case.

Charles Kalme, a mathematicion (Contributions to the Theory of Discontinuous Groups of Mobius Transformations, Ph.D. thesis, NYU, 1967) and pioneering chess programmer. His achievements as a chessplayer include winning the United States Junior Championship and playing twice in the United States Chess Championship. He was also a master of contract bridge.

Glen E. Bredon is the author of the programs DOS.MASTER for Apple II computers, Merlin (a macro assembler) and ProSel for Apple machines. He was the professor of mathematics at Berkley and IAS and author of worthwhile math books like

Here is some mathematical work by someone better known for other work.

I think, John F. Nash fits in this category, because of 1994 Nobel Memorial Prize in Economic Sciences. (I am not aware the details of his work, I just know this because of "A beautiful mind" movie!)

Although it is difficult to say exactly what Thales accomplished, if you take what he's given credit for it is immense. By your criteria he would qualify as an answer.

Although he lacked the rigor of proof, he was the first mathematician we attribute a mathematical result to - namely Thales' Theorem used to get the distances of ships at sea.

Also with his contention that everything is water we have a testable claim. This makes him the first scientist.

He also was an astronomer, predicting the eclipse of May 28th, 585 BC.

He even dabbled in business, by legend. There is a famous story attributed to Aristotle, and others, about him. If true, Thales predicted the weather and foresaw a good olive harvest for the coming year. He then bought all the olive presses at a discount, and rented them out during the harvest. This would be the first recorded use of futures to turn a profit.

Legend has it that Thales was an engineer.

There is Bertrand Russell, a logician, who had another career as a philosopher as well as an anti-war protestor. He helped publicise what was happening in Vietnam - in fact, according to Paul McCartney of the Beatles, at one point he lived on the same square or street with Russell and he had knocked on his door to introduce himself and Russell proceeded to tell him all about the war. This is, according to Paul McCartney, how the Beatles became involved in the anti-war protest movement, in particularly against the war of aggression by the USA on Vietnam.

Laurent Schwartz, a french mathematician known for his work was on distributions, was also an anti-war activist and who focused on labour activism as well on the colonial war in Algeria.

Grothendieck, who needs no introduction, was also an ati-war activist, focusing on what was then occuring Vietnam. His fater was a revolutionary socialist.

Smale was also another anti-war activist; also Solzhenitsyn and many others.

Sofia Kovalevskaya was one of the first handful of female mathematicians. She was also a writer, having written a well-received autobiography, A Russian Childhood in where she reveals she met Dostoyevsky as a young woman and did not think much of him.

Likewise, Lewis Carroll, also a logician and who wrote the best-selling Alice's Adventures in Wonderland.

Also Abdus Salam, who was a mathematical physicist and had a second career setting up the Triest Centre of Mathematical Physics to help te Third World get on to its feet.

And a special mention for Walter Sisulu, who studied a science degree, but after joining the ANC, was imprisoned several times, and was finally imprisoned on Robbens Island with Nelson Mandela and sentenced to twenty-five years - the same sentence as Nelson. He rose to become the ANC's Secretary-General and Deputy President of the organisation.

It has been noted already that Noam Elkies is an accomplished composer.

What I find at least as extraordinary about him is that he can hum-whistle some of Bach's two-part inventions. (Anecdotal "evidence", will remove this answer if it is false.)

On the other hand, Einstein was an inventor, he had several inventions (patents) to his credit.

Professionally, Pierre de Fermat was a lawyer; he had also contributed to physics.

Henry Poincare, Solomon Lefschetz, and Raoul Boot were into engineering when they were young.

Hugo Steinhaus was serious about applications, e.g. about the different feet shapes in order to help shoe designers. The famous Steinhaus slogan was

A mathematician will do it better.

Karol Borsuk invented a successful game during WWII, and it helped him to survive in those hardship years.

Stan (Stanisław) Ulam was the main inventor of the H bomb. He has also invented cellular automata.

Israel Gelfand at his mature stage turned his interests toward biology and medicine.

Rene Thom in his later years became seriously interested in too many things to mention here.

Topologist James Munkres made a significant contribution to the assignment problem -- it's even called Munkres assignment algorithm or Kuhn–Munkres algorithm.

A parallel processor invented by a mathematician in the US, and the technology that followed, had an impact on the fall of communism.

Greg Kuperberg was an early pioneer in the field of computer games when he was in his teens; this helped him to pay his tuition at MIT.

Stan Wagon, whose work was featured in several Mathoverflow posts (e.g. an unexpected image, Gaussian prime spirals), has also an entry in Ripley's Believe It or Not due to his Square Wheel Bike.

I see nobody mentioned about John Forbes Nash, who obtained Nobel prize in Economic science for his contribution to economy. Further German Mathematician Carl Fredric Gauss, Von Neumann etc both were not only prominent mathematicians but also prominent physicist as well.

91
How has "what every mathematician should know" changed?
152
How To Present Mathematics To Non-Mathematicians?
38
Non-computational software useful to mathematicians
17
The non-traveling mathematician problem
28
How much should the average mathematician know about foundations?
6
Was Cauchy prescient?
84
Has incorrect notation ever led to a mistaken proof?
14
The work of mathematicians outside their professional environment
Question feed