Example of homeomorphism of $3$-manifolds

How can we see that the following $3$-manifolds are homeomorphic? I couldn't use the moves of Kirby calculus. 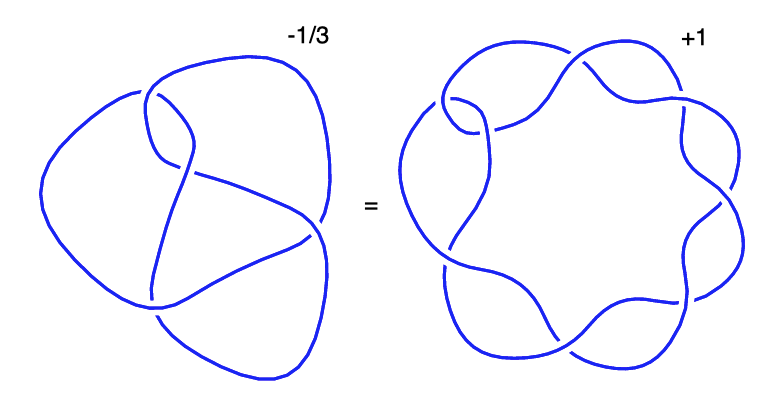 Here is a sequence of moves that gets you from left to right. (Pictures are done with Frenk Swenton's Kirby calculator.) First, we convert from rational to integral surgery.

We want to convert the blue curve (which is a 0-framed unknot) into a 1-handle. We need to unlink things first, so we slide purple over red once...

... and then once more, along the band indicated here.

... we can slam dunk the blue curve (or convert into 1-handle and cancel it with the +3-framed 2-handle, have it your way).

Now we perform an isotopy:

Blowing down the purple curve yields the surgery description on the right-hand side.

I checked that they are homeomorphic via SnapPy. Although not as satisfying as a proof, at least it is a useful check. 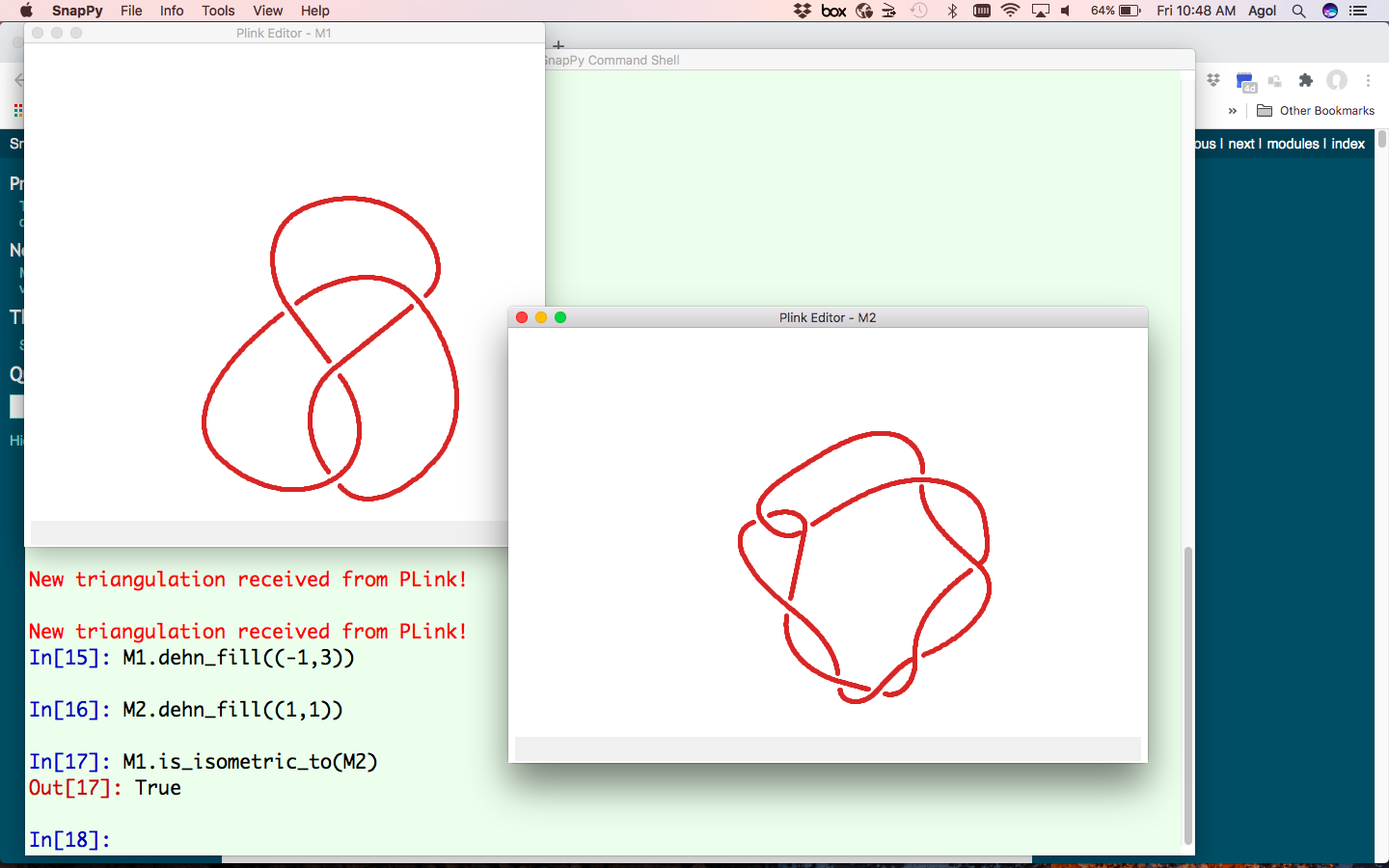 Ian's answer can be turned into a (uninformative) proof as follows:

So those are hopefully the correct manifolds.

We Dehn fill as indicated.

These are now "material" triangulations of the closed manifolds.

This is very sad - the material triangulations are not combinatorially isomorphic. So we mess around a bit using .simplify and .randomize. When that does not work we use even more brute force:

So, they are homeomorphic. Note that the .isomorphisms_to method ignores orientation...

This is gives a second update to Sam Need's and Ian Agol's line of attack. However, Ian's computation uses some under the hood snappy functions (really SnapPea's kernel code isometry_closed.c), which does reports True if a homeomorphism between the manifolds is found.

However, one can `de-automate' the process if one wishes to get a few more details of the proof. Here is the method.

Edit after the edit:

The original knots of the question are from Livingston's Knot Info. See the figure-eight knot $4_1$: It is different from $4_1$ in the Rolfsen's knot table.

And this isomorphism seems to be known. See for example Tosun's paper pg. 9.

Edit after a fruitful discussion with Marco Golla:

It seems that there is a sign/orientation inconsistency somewhere...

Golla and Hayden gave awesome responses to the question. Their arguments can be generalized in the following fashion.

a- Handle diagrams of Golla is generalized to the next case as follows: 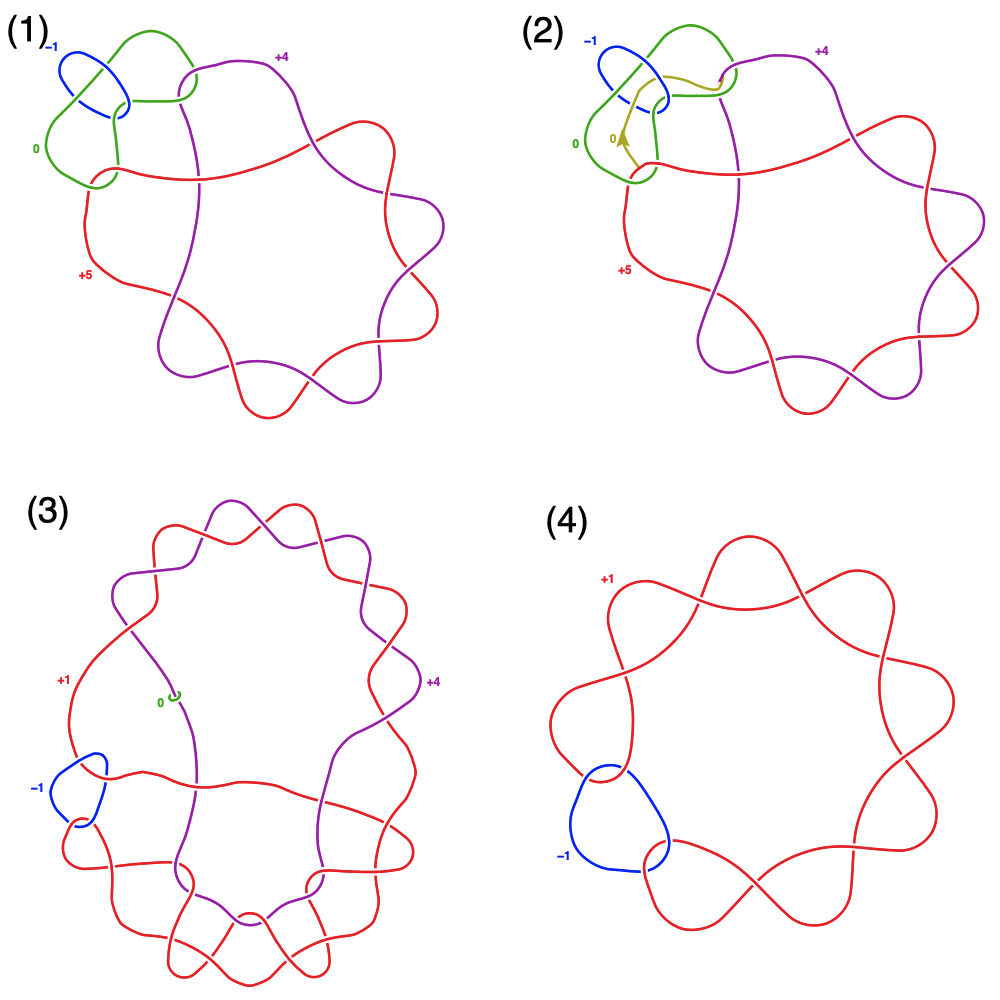 c- This part is about rational homology cobordism classes of $\Sigma(2,3,6n+1)$.

Definition: A knot $K$ in $S^3$ is called rationally slice if it bounds a smoothly properly embedded disk $D$ in a rational homology ball $X$.

Now we need an extra observation which is probably known to experts in low-dimensional topology and can be seen as the rational analogue of Gordon's theorem:

Now remove this $2$-handle and reattach it with a framing differing from the initial one by $n$ left-handed twists. Then the boundary $3$-manifold changes by $1/n$-surgery on $K_1$. Since we don't change the rational homology of $4$-manifold, we are done.

Therefore, we have a "theorem":