We can fairly directly show Borsuk–Ulam implies Brouwer, but it seems no direct combinatorial proof is known between Tucker's and Sperner's Lemma. (see a related discussion from 2013/2014 with links to good articles at Sperner's lemma and Tucker's lemma.)

To my surprise, I find that Sperner's Lemma directly implies Tucker's Lemma in two dimensions. My question: are there any recent results about such a direct combinatorial link for arbitrary dimension?

For clarification, I am adding a 2-dimensional example, and a proof why Tucker’s Lemma follows directly from Sperner’s Lemma. (This example only shows the boundary labelling, not the triangulation and the inside vertices). 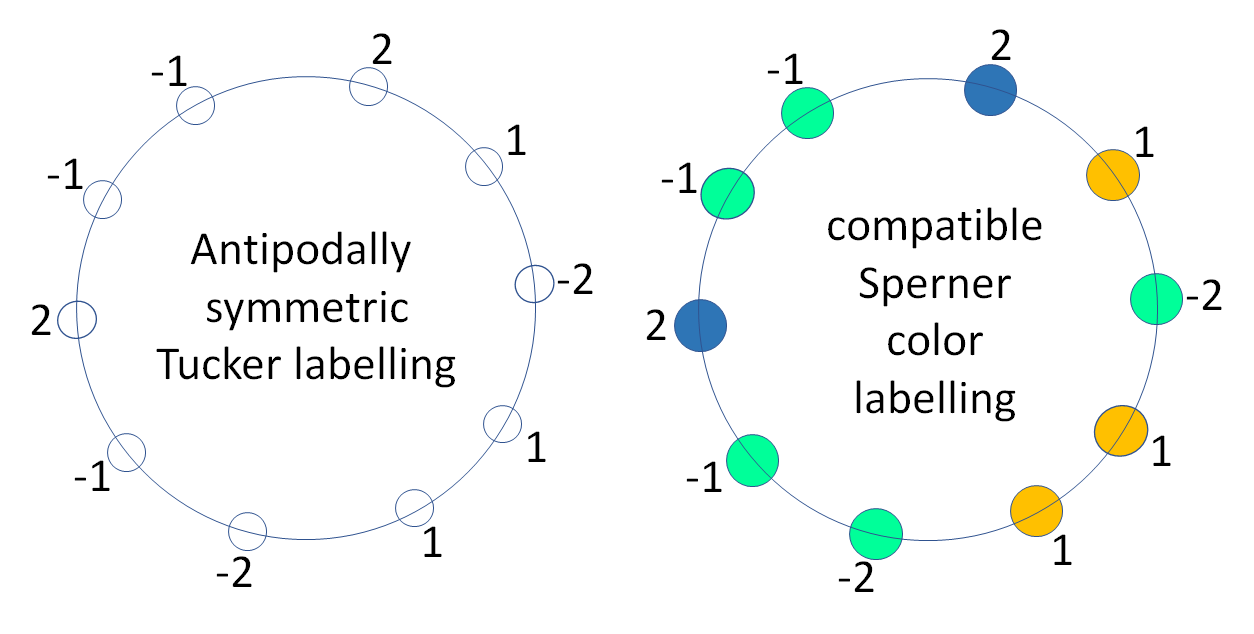 Take a triangulated polygon with vertices labelled -2, -1, 1, or 2, and antipodally symmetric labelling on its boundary, satisfying the conditions of Tucker’s Lemma.

Color the boundary labels such that they meet the conditions of Sperner’s Lemma, like in the example, i.e. $1\mapsto \text{orange}$; $2\mapsto \text{blue}$; $-1, -2\mapsto \text{green}$. Assign the colors to all the Tucker-labelled vertices inside the polygon in the same way

Edit: In the two-dimensional case, such a valid Sperner labelling always exists. Please see the proof in the answer below.

In the two-dimensional case, the Sperner color labelling is always compatible with the Tucker labelling, hence my question about any recent results or ideas in this direction for arbitrary dimensions.

Just to close the loop on this. I now found a simple proof that an antipodally symmetric labelling of the boundary always has a valid Sperner coloring (in two dimensions). This means Tucker’s Lemma actually follows directly from Sperner’s Lemma with a combinatorial argument. This is quite a surprise to me, because in the literature, Tucker’s Lemma/Borsuk-Ulam Theorem is generally considered stronger, in the sense that it implies Sperner’s Lemma/Brouwer’s Fixed Point Theorem.

Here is the proof about the compatible labelling, a proof by induction over antipodally symmetric pairs of boundary vertices. It assumes the coloring from the OP questions above.

Induction Base Case($2n=4$): This case obviously allows for a valid Sperner coloring, i.e. a Sperner triangle and hence a complementary edge exists inside the triangulated polygon. 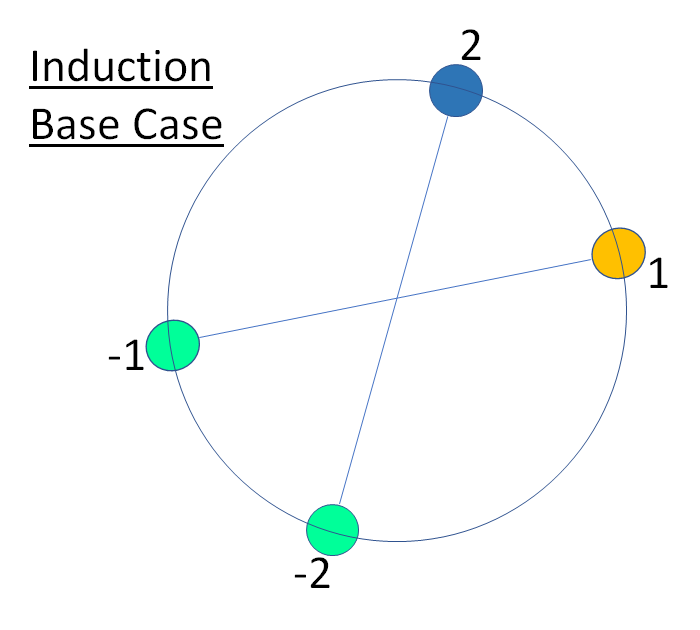 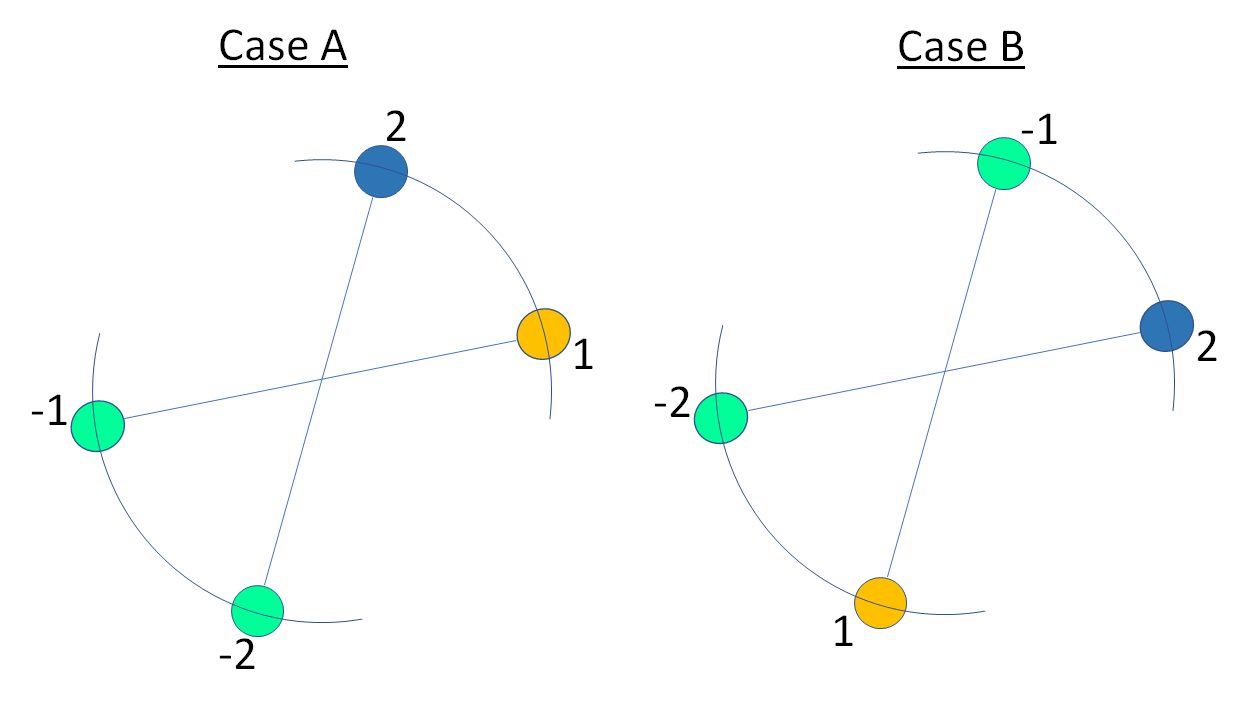 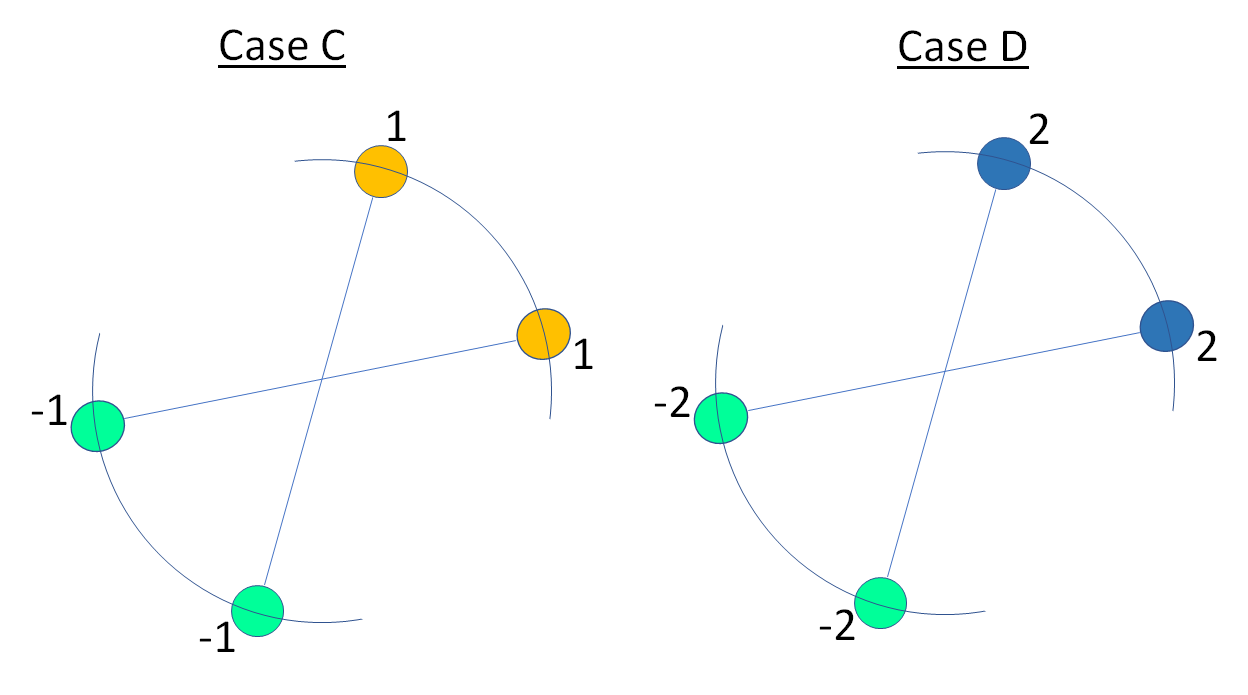 For case A, because we don’t allow for complementary edges on the boundary, we can only include an antipodally symmetric labelled pair of vertices with 1 or 2 on one side, as in the diagram. But this does not add any color change to the boundary, i.e. the boundary just keeps its valid Sperner coloring. An analoguous argument works for case B. 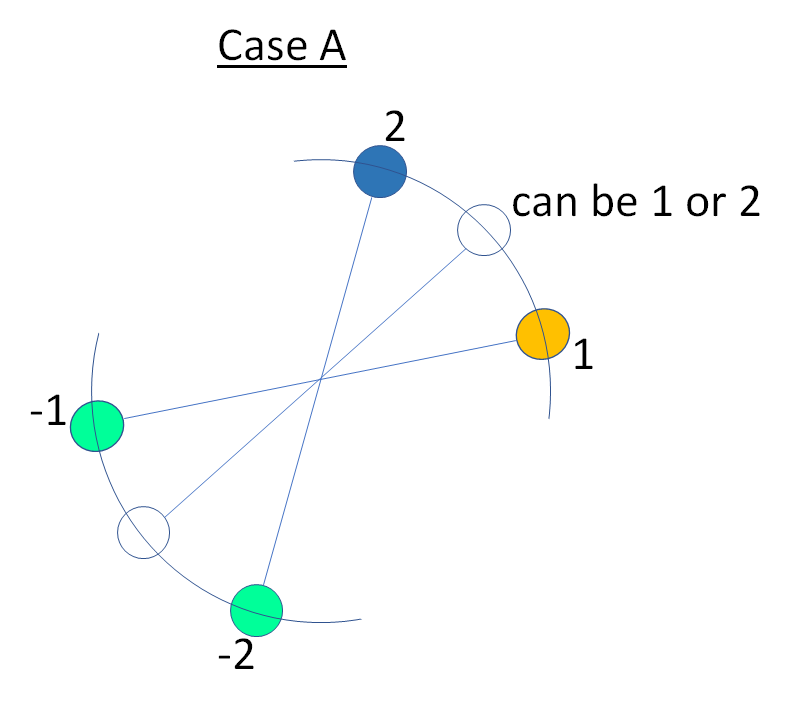 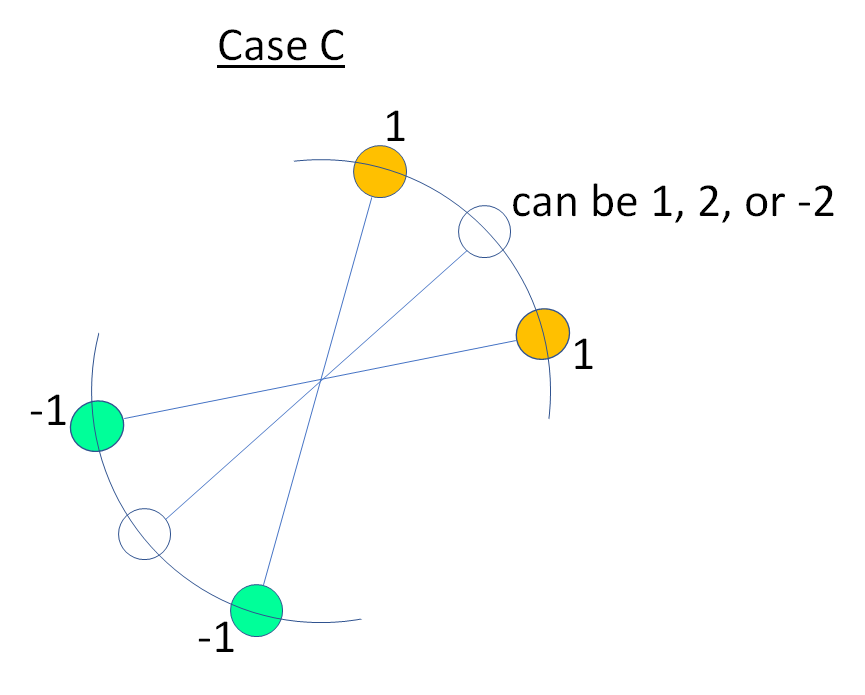 Not the answer you're looking for? Browse other questions tagged co.combinatorics graph-theory gn.general-topology gt.geometric-topology discrete-geometry or ask your own question.