Let $M$ be an oriented $3$-manifold with $\partial M$ torus. Suppose that two different Dehn fillings $M(r)$ and $M(r')$ are (oriented) homeomorphic to a lens space $L(p,q).$ Does that imply that $M$ is a solid torus?

This is a case of the oriented knot complement problem in lens spaces, also called the cosmetic surgery problem. If $M(r)\cong M(r')$ preserving orientation, then these form a purely cosmetic (or truly cosmetic) pair. See Problem 1.81 (A) from Kirby's problem list (posed by Steve Bleiler).

You probably want to avoid reducible examples like that given in Mukherjee’s answer (note that this hypothesis is missing also in the statement of Problem 1.81).

Given that assumption, there is no such example which is irreducible and non hyperbolic by a result of Daniel Matignon (he classifies all cosmetic surgeries on such manifolds, and shows that all the examples are chiral cosmetic pairs, i.e. orientation-reversing).

There are examples of cosmetic surgeries on hyperbolic knots in lens spaces that reverse orientation, but I think the orientation preserving case is still open in general.

By the way, maybe the interesting case of this question is for $M$ not a homology circle. Otherwise, the two surgeries must lift to the $p$-fold cyclic cover of $M(r)\cong M(r')\cong L(p,q)$, and hence one would have two surgeries on a knot yielding $S^3$, a contradiction to the knot complement theorem. 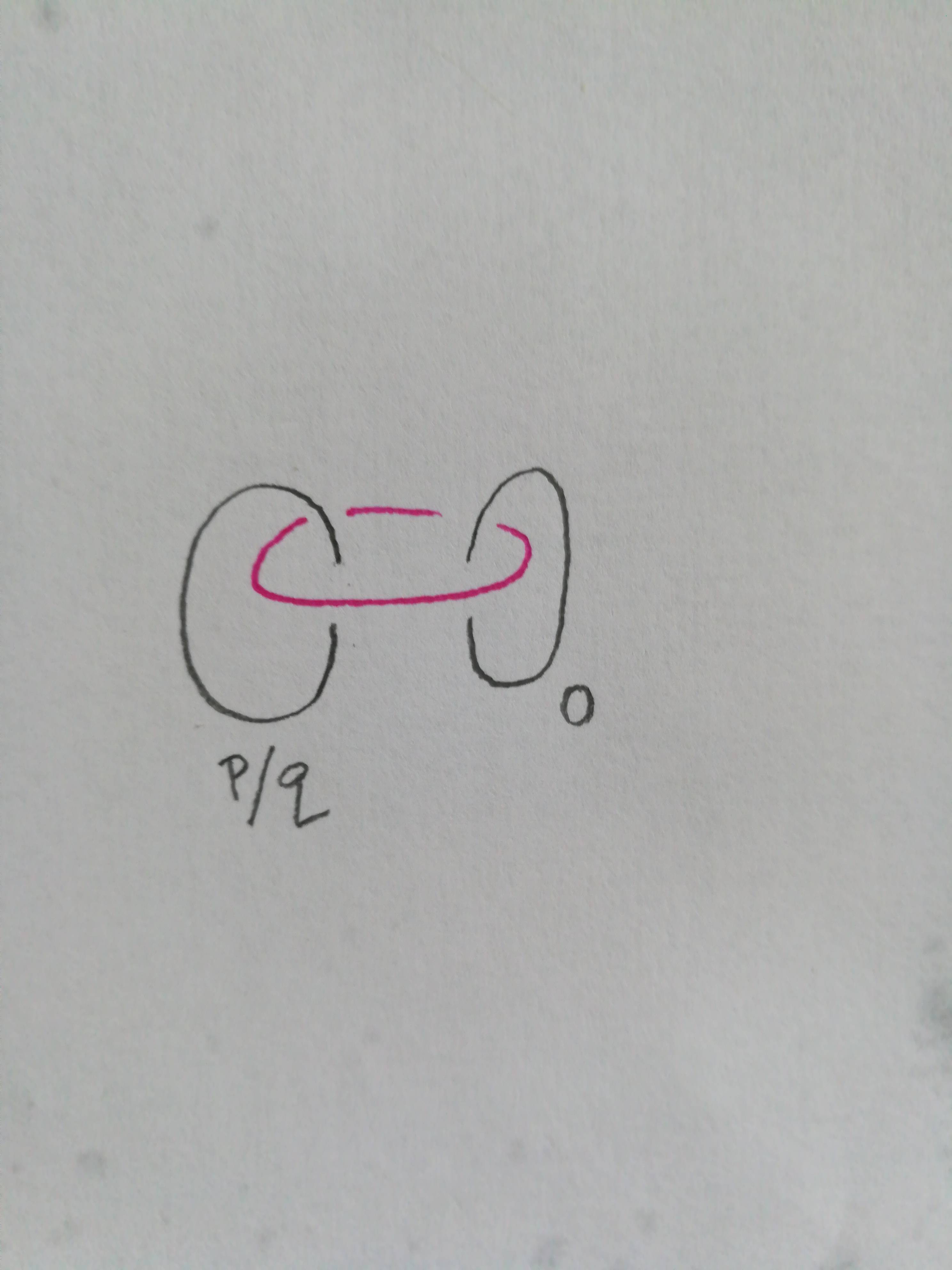 Here is an easy example. Consider M as the 3 manifolds obtained by the surgery on the two black curves ( $0$ surgery on one unknot and $p/q$ surgery on another unknot) and take a neighborhood of the pink curve out. Clearly $M$ is not a solid torus (compute the fundamental group). Now if you do any Dehn filling with integer co-efficient, the 0-framed unknot will cancel that out and you will be left with a lens space $L(p,q)$ which is $p/q$ surgey on the unknot.

Not the answer you're looking for? Browse other questions tagged gt.geometric-topology 3-manifolds or ask your own question.