Where can I find such kind of results? I guess that something is surely known, but I keep finding only results with $A = \mathbb{N}$ and/or $k$ fixed.

Thank for any suggestion

A partial answer with two simple cases first, followed by a more complex one, -a (weak) composition with bounded parts- that was asked several years ago and it did not get a complete answer. It is found here. I will apply a Mehler Heine-type method to get the dominant term asymptotics. (This is located towards the end of this post).

Compositions referred as counting multiset partitions into ordered multisets: A multiset (mset) is compound by a set of $k$ different objects mapped to a vector of integer multiplicities (repetitions) $[a_1,a_2,...,a_k]$ indicating that the multiset has a total of $n$ elements, all $a_1$ copies of the first object, $a_2$ of the second,... and $a_k$ of the last object, such that $a_1+a_2+...+a_k=n$. All permutations of this mset are partitioned in disjoint nonempty blocks, such that the union+ of these blocks is the multiset. The order of the elements inside these blocks is irrelevant and does not count while the order of all permuted blocks does matter. 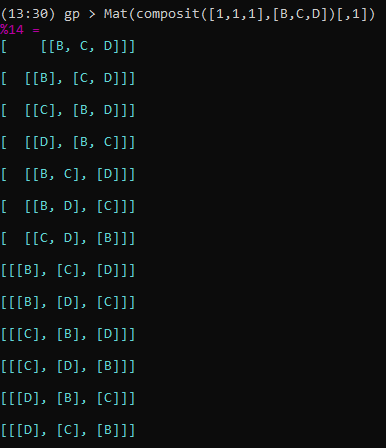 There are other very interesting cases. For instance 2 objects repeated $[a_1,a_2]=[p,n-p]$ times $0<p<n$. Asymptotics for the total number of these generalized compositions, that is between the two previous cases, I guess it has been analyzed but I have not found it. I leave the example here 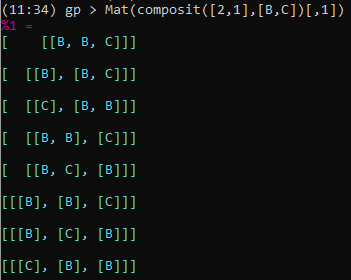 Just to wrap up this section, there is a brief discussion in the comments that compositions are only about sets of integers and not other sets. I obviously agree about that since on the one hand, compositions, as they are defined, only refer to counting how a number breaks down into the sum of its parts (sets are implicit) and on the other hand, the enumeration of the posets shown in this answer, whatever they are named, are generalized compositions over the integers (in this case, mset multiplicities). I sincerely hope I have made this matter as clear as possible.

Asymptotic for restricted compositions having the same number of parts is found here, also in ArXiv

A great resource is the book Combinatorics of Compositions and Words, Silvia Heubach and Toufik Mansour, CRC Press, 2010. Chapter 8 is "Asymptotics for Compositions."

Not the answer you're looking for? Browse other questions tagged reference-request co.combinatorics partitions or ask your own question.

0
Asymptotic equivalence for functions with zeros
4
Diagonal asymptotics of integer compositions
3
Number and asymptotic for cyclic sequences
4
Asymptotic for number of partitions of $n$ into $k$ squares, uniform in $n,k \to +\infty$
1
Ratio limit results for restricted partition functions
4
Coefficients obtained from ratio with partition number generating function
0
Bounds on the number of integer compositions with parts bounded from above and below
Question feed