The genus $g$ handlebodies are building blocks of $3$-manifolds. They are constructed from $3$-ball $B^3$ by adding $g$-copies of $1$-handles $B^2 \times B^1$. Their boundaries are homeomorphic to the genus $g$ surface $\Sigma_g$.

It turns out that any closed orientable $3$-manifold $Y$ can be obtained by gluing together two handlebodies $H_1$ and $H_2$ (such a decomposition is called Heegaard splitting):

The basic examples of such $3$-manifolds are

There are many references for Heegaard splittings of the first four of these examples, for example chapter 1 of Saveliev's book: Lectures on the Topology of 3-Manifolds.

How about the Brieskorn spheres? Is there an easy way to think about their Heegaard splittings? How can we draw them? Is there any good reference for this?

This is a late reply but it should be still helpful. It is from Zoltan Szabó's PCMI lecture notes. 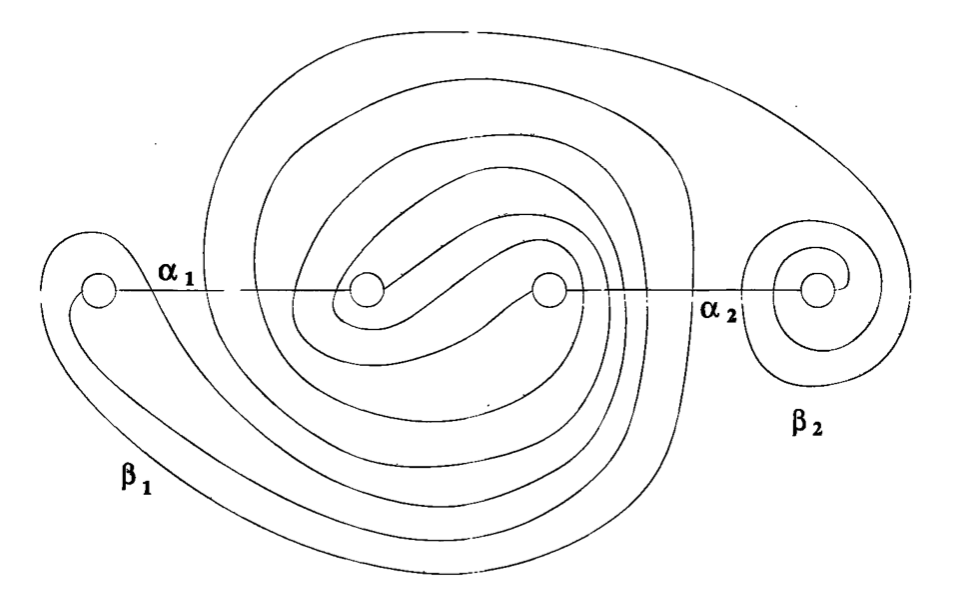 Let $K$ be the right-handed trefoil in $S^3$. Then show that

Each small SFS $M$ admit a genus-2 Heegaard splitting; for instance, take two singular fibres of $M$ and an arc in $M$ that lifts a simple arc connecting the images of the two singular fibres. A neighbourhood of the two fibres and the arc is a 2-handlebody, whose complement is also a 2-handlebody, so we have a Heegaard decomposition of $M$. This is called a vertical Heegaard splitting of $M$.

This is not an answer, just a comment. It is from Manolescu's website. It seems to be related to your way of thinking Brieskorn spheres, but $2,3$ and $4$ are not pairwise coprime. 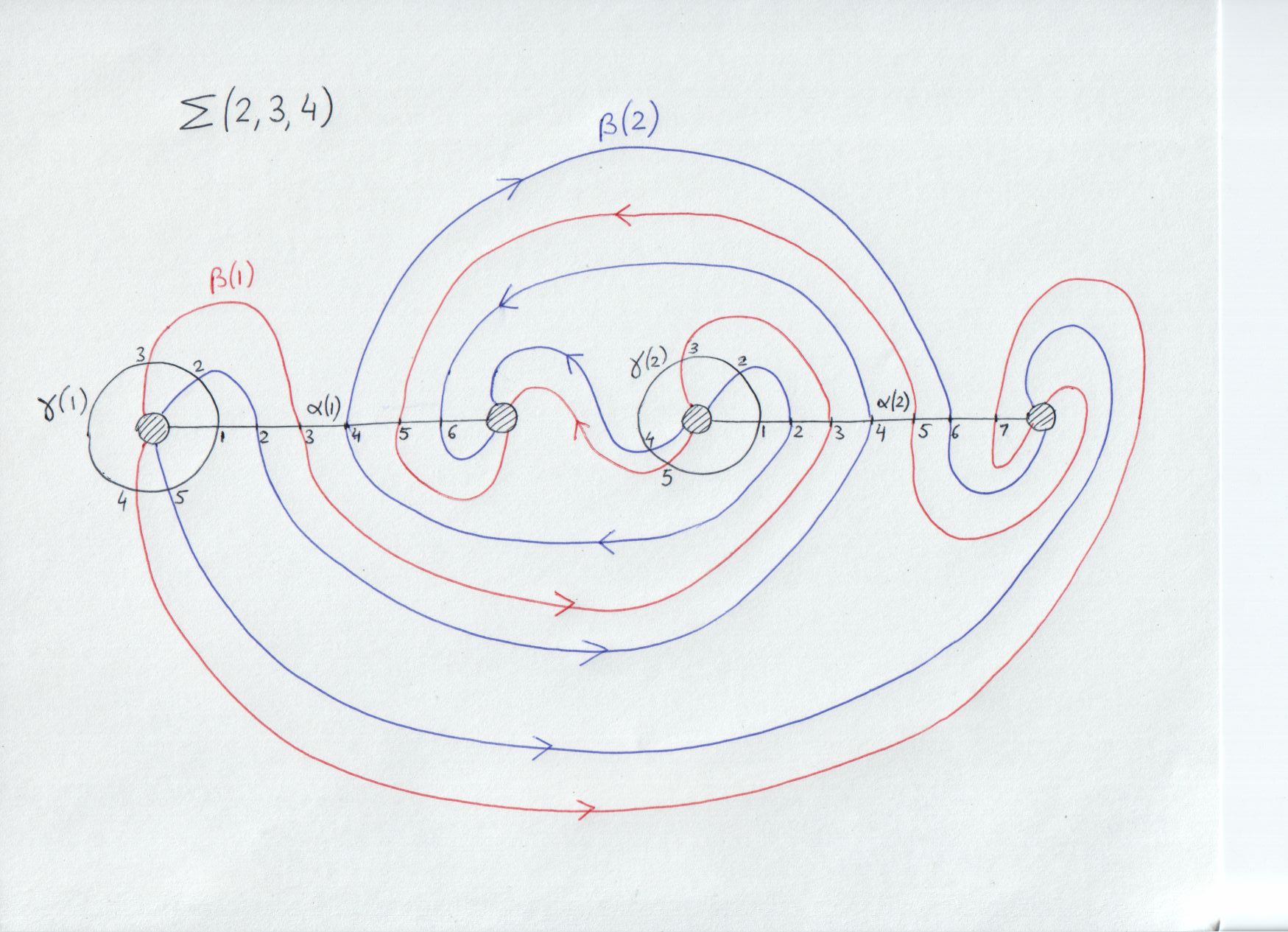