This question is related to my earlier question looking for posets with product formulas for their order polynomials.

Testing some small cases it looks like this formula works, and this is not an example I have seen in the literature (but a pointer to a place where it is addressed would also definitely be appreciated!).

For context, let me explain some similar formulas which are known.

Tri Lai and I proved this conjecture, using the techniques from the theory of lozenge tilings. Indeed, this result is almost already proved by Ciucu in https://arxiv.org/abs/1906.02021. We just need to allow slightly more general parameters for the "flashlight" region of the triangular lattice which he considers- and the techniques he developed there suffice to do that. What we are able to show specifically is that for the region: 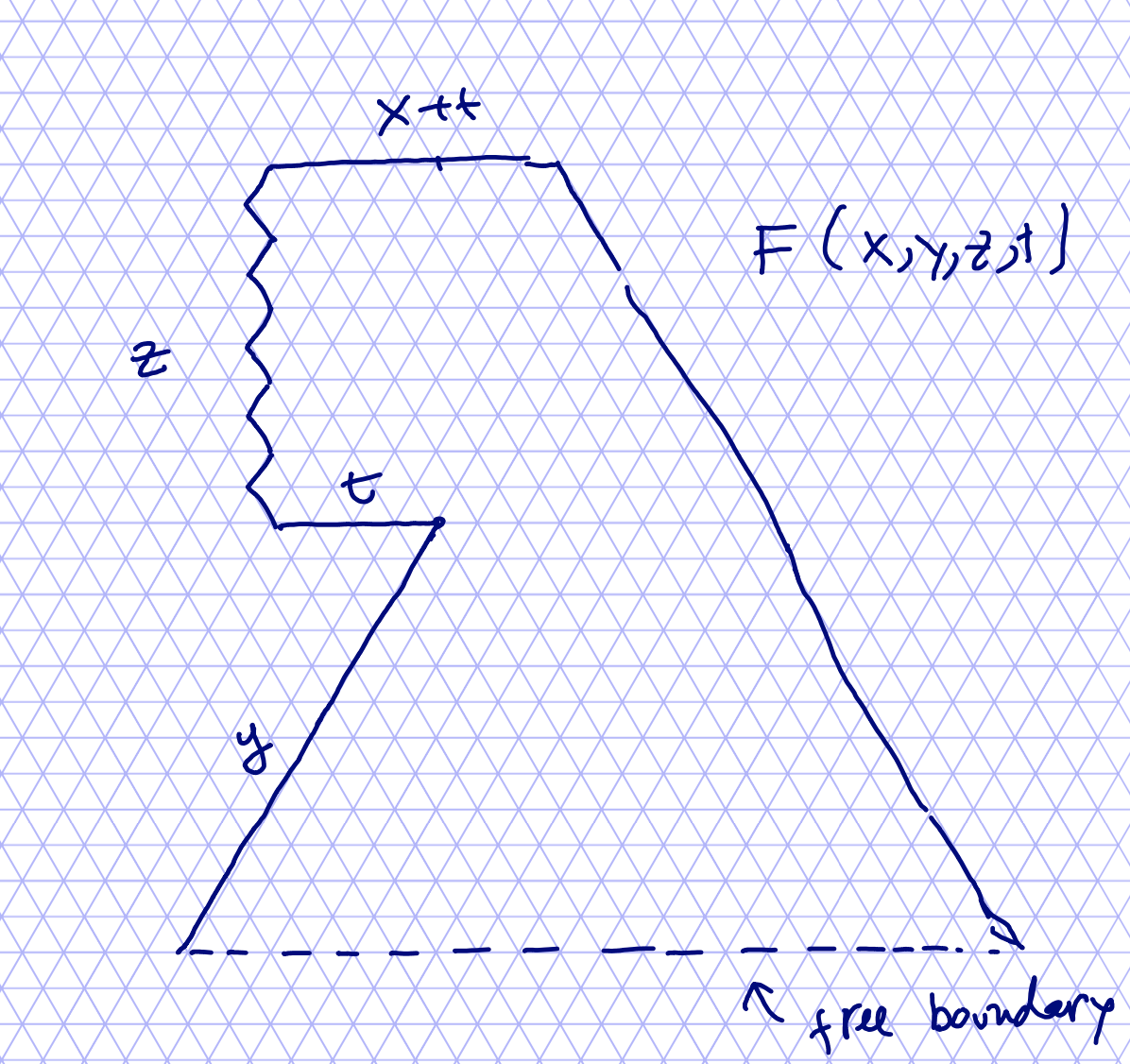 Not the answer you're looking for? Browse other questions tagged co.combinatorics posets or ask your own question.