Origin of the term “sinc” function

Is the sinc function defined here, really a short form of "sinus cardinalis" as proposed by Wikipedia? This information is deleted now but it existed some time ago. Even if we search Google Books for this term, a lot of new books call sinc as sinus cardinalis without even bothering to check Woodward's original paper. The origin of sinc is attributed to Peter Woodward's work dating 1952, but he never mentions sinus cardinalis anywhere. This term is not listed in any etymological dictionary of mathematics and even unabridged Oxford English Dictionary.

What is meant by cardinal sine, if we assume whoever tried to rationalize the term, thought of it as a meaningful term? 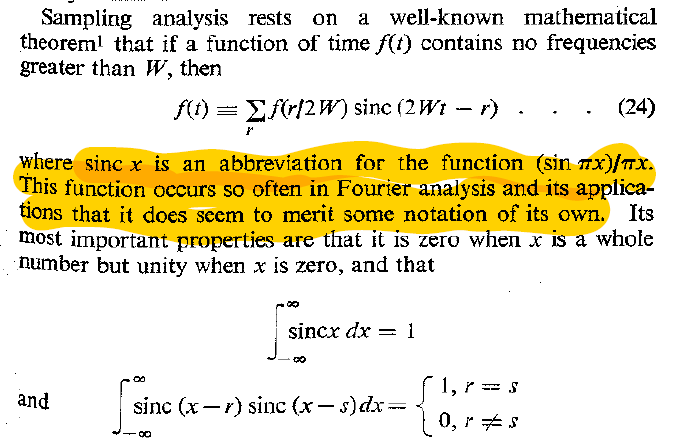 Woodward in his book writes:"Probability and Information Theory, with Applications to Radar" pg 29. 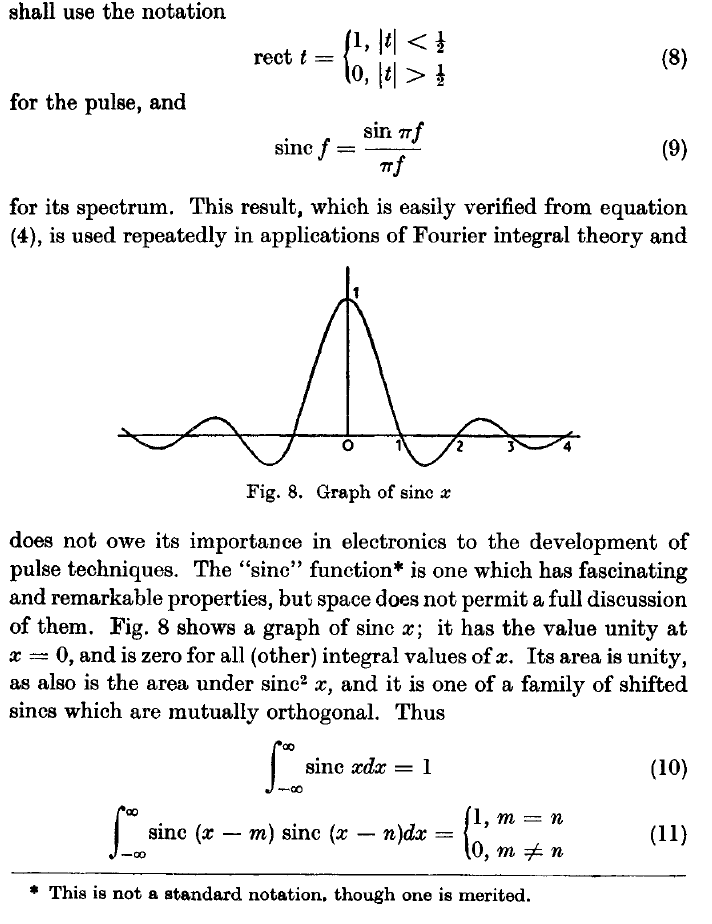 While irruption of cardinal in this context must somehow relate to Whittaker’s — also unexplained — use of the word (to name the functions subject to his sampling theorem), it seems far less clear that Woodward’s $“\mathrm c”$ had anything to do with it. AFAICT, that whole notion originated in this ambiguous (and/or misread) statement of Higgins (1996, p. 4):

1 The name is usually held to be short for the Latin sinus cardinalis. It was introduced by Woodward (1953, p. 29), although it is not certain whether this is the earliest occurrence.

Now this just conflates talk about a notation ($\operatorname{sinc}$) with talk about a purportedly related name for $(1)$. Whereas, not only does Woodward (as you noted) nowhere write “cardinal” or even cite Whittaker, in fact hardly anyone before 1996 seems to have called $(1)$ any name at all:

The above are all I found who used a special notation and/or name for $(1)$ — please add any that I missed. Attendant observations:

Not the answer you're looking for? Browse other questions tagged ho.history-overview fourier-analysis terminology signal-analysis or ask your own question.