What is the intuition for higher homotopy groups not vanishing? 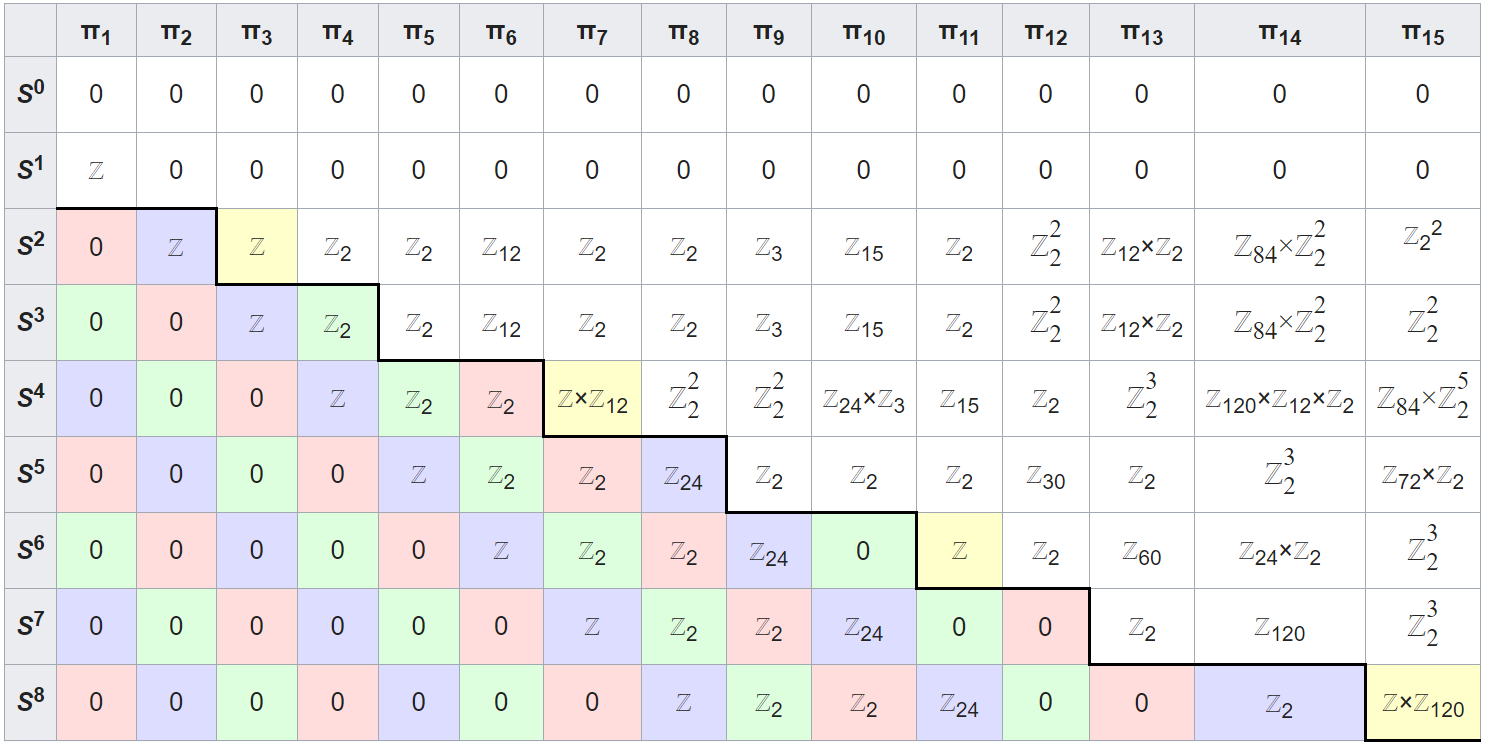 The homotopy groups of the spheres $S^n$ (see Wikipedia) vanish for the circle $S^1$ as, naively speaking, there are not higher order holes to be grasped by higher order homotopy groups. This intuitions already breaks down for the two sphere $S^2$, e.g. $\pi_3(S^2)$ is non-trivial because of the Hopf fibration. This non-triviality seems to keep on going for all the higher spheres $S^n$. What makes $S^1$ so fundamentally different?

So far the discusion mostly focused on a geometric explanation, I'd like to mention the algebraic one as well:

One way to formulate it involves the delooping machinery: up to delooping, $\mathbb{S}^n$ corresponds to the free group like $E_n$-algebra on one generator.

But for $E_n$ you get $n$ "compatible" (in a homotopy theoretic sense) way to multiply the elements and all the higher elements in the homotopy group comes from the interaction (the coherence law, that are given by homotopies) between these multiplications, for example the free $E_2$-algebra has all the braid groups appearing as its various $\pi_1$ due to that, and the free group like $E_2$-algebra become too complicated to described (well... it is $\Omega^2 \mathbb{S}^2$ ).

So the difference is that for $n=1$ no such interaction is happening because to get interaction you need at least two compatible multiplication.

Alternatively to the delooping machinery, one can (somehow equivalently) think of spaces as $\infty$-groupoids and as the $n$-sphere as the $\infty$-groupoid freely generated by a cell in dimension $n$. The discussion is pretty much the same except that now the $n$ "compatible" multiplication are simply the compositions in direction $k$ for $k$ from $0$ to $n-1$.

Homotopy groups of spheres correspond to framed submanifolds of Euclidean space through the Pontrjagin-Thom construction. For example, the Hopf map corresponds to a circle in $\mathbb{R}^3$ framed “with a twist”. The homotopy groups of $S^1$ thus correspond to framed codimension one submanifolds. But such are canonically framed and all bound, so there are no interesting/ non-trivial examples.

In a sense, failure of the the higher homotopy groups of $S^n$ to be trivial, $n>1$, is due to them not representing singular cohomology. If the higher homotopy groups were trivial, all spheres would be Eilenberg-MacLane spaces and would represent cohomology. For most spheres, this failure to represent cohomology can be seen because they are not loop spaces which in turn is because they are not groups.

Here's a very simple argument as to why not all of the spheres have higher homotopy groups vanish. Higher homotopy groups vanishing (along with the lower ones) is equivalent to the sphere representing n-dimensional cohomology. By Yoneda, natural transformations between functors correspond to maps between representing objects. Hence, natural transformations between nth cohomology with integral coefficients and mth cohomology with integral coefficients correspond to maps $S^n \rightarrow S^m$ if these both represent singular cohomology. However, there are nontrivial cohomology operations (say for example, reduction mod p followed by the integral Bockstein), and so this implies that we have a map between the spheres representing them. However, this would imply that the higher homotopy groups of this sphere do not vanish, and so we get a contradiction.

Iʼm no homotopy theorist, but I have a little scrap-let of intuition that may be helpful. I havenʼt studied the underlying concepts enough to go into much meaningful detail here. Maybe someone else can expand on this; maybe my thoughts are utterly wrong. But without further ado…

I'm going to compare the 1-sphere and the 2-sphere by describing them in alternation, one paragraph each.

If you want to trace out a 1-sphere, one way to do that is to take a 0-sphere (a pair of points), anchor one of the points, and move the other point in a loop, starting and ending at that anchor point. By doing that, you've traced out a path within the 1-sphere, and that path is the generator of the space.

Likewise, if you want to trace out a 2-sphere, you can take a 1-sphere, anchor one of the points, and move the opposite point in a loop, starting and ending at that anchor point. By doing that, you've traced out a homotopy (a 2-path) within the 2-sphere, and that homotopy is the generator of the space.

Of course, the 1-sphere has more loops (paths from the anchor point to itself) than just the generator. There's a trivial loop, and you can also reverse loops and compose them. These are, of course, simply the operations of a group, and the homotopy group $\pi_1(S^1)$ describes how these operations work.

Likewise, the 2-sphere has more 2-loops (homotopies from the trivial loop on the anchor point, to itself) than just the generator. You have the group operations again, described by the homotopy group $\pi_2(S^2)$.

With the 2-sphere, the group operations no longer tell the whole story. The generator we identified consists of taking a point and moving it in a circle in a particular direction. The group operations allow us to move in the opposite direction. But it's also possible to move in a perpendicular direction, or sideways, or in any of $S^1$-many directions. So in order to tell the whole story, we need additional homotopy groups.