The list chromatic number of some special toroidal grid graphs

Consider the graph $S_n$ which has as vertex set the $n^2$ cells of our $n\times n$ array with two cells adjacent if and only if they are in the same row or column. The graph $S_n$ Since any $n$ cells in a row are pairwise adjacent we need at least $n$ colors. Furthermore, any coloring with $n$ colors corresponds to a Latin square, with the cells occupied by the same number forming a color class. Since Latin squares, as we have seen, exist, we infer $\chi(S_n) = n$, and the Dinitz problem can be stated as $$\chi_l(S_n) = n? $$

The method of attack for the Dinitz problem is : We have to find an orientation of the graph $S_n$ with outdegrees $d_+(v) ≤ n−1$ for all $v$ and which ensures the existence of a kernel for all induced subgraphs. 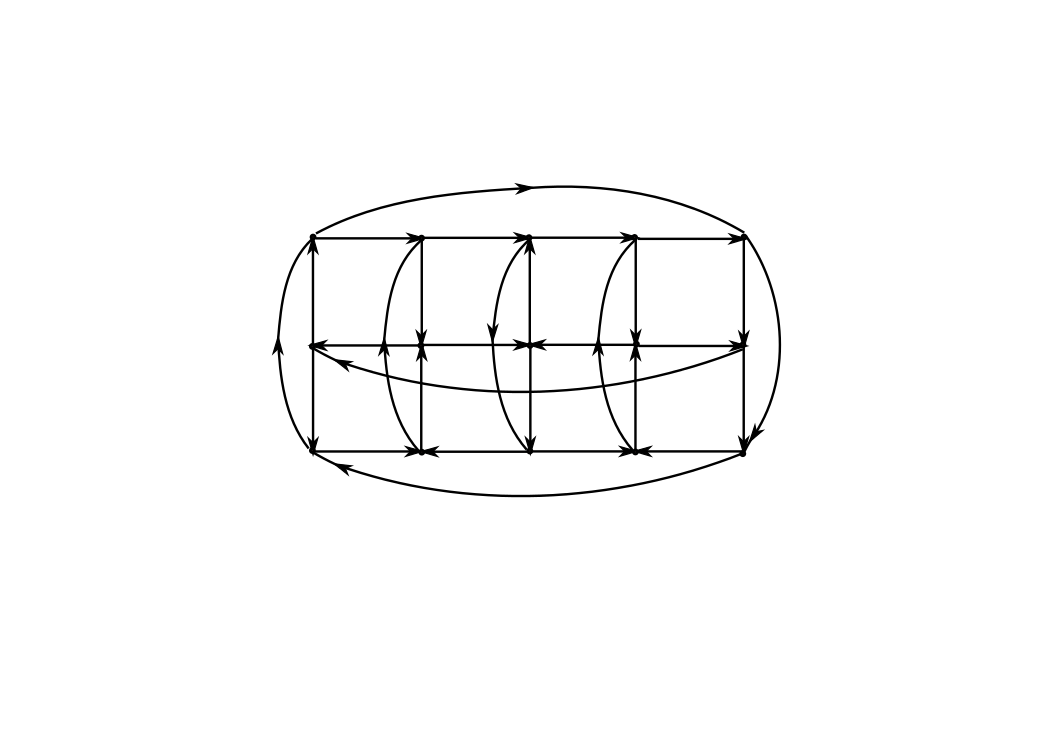 There is only one orientation of $C_3\square C_5$ satisfying conditions on outdegrees (modulo cyclic shifts and reflections). To see that first note that in any such orientation there will be one vertex of each label in any vertical cycle. Each horizontal cycle must have an equal amount of $0$'s and $2$'s. That means that two of horizontal cycles will have multisets of labels $\{0,0,1,2,2\}$, and the remaining horizontal cycle will have multiset $\{0,1,1,1,2\}$. We can assume it is the first cycle. Modulo cyclic shifts and reflections, this cycle is encoded either as $21110$, or $21101$. In the first case, the only possible orientation is yours (again, modulo horizontal reflection). In the second case, no such orientation exists. In both cases I use the fact that in each cycle $0$'s and $2$'s must interchange each other, if you remove $1$'s.

So unfortunately it looks like the kernel method will not help in this problem.