Proving a theorem on coloring a peculiar graph

Consider the graph formed by $k$ cliques of order $k$, any two cliques sharing at most one point in common. Now, by Szekeres-Wilf theorem, I think the graph should be $k$ colorable, as any connected induced subgraph would have at least one vertex with degree $k-1$(for otherwise, the number of cliques would exceed $k$).

Any counterexamples in this case? Thanks beforehand.

So for this example, the Szekeres-Wilf Theorem cannot be used to show that $G$ is $5$-colorable.

Here is the example: 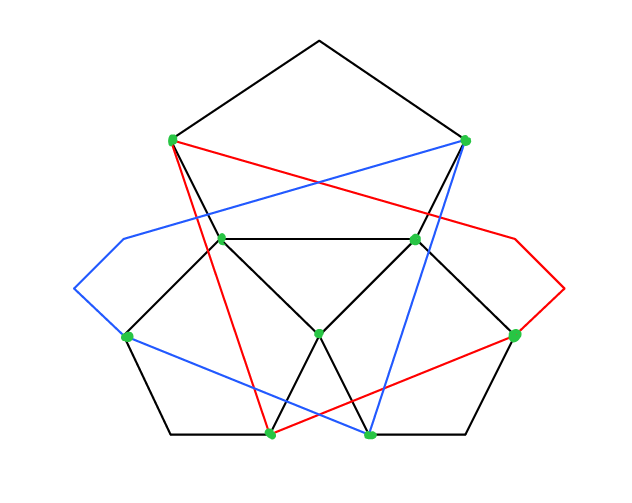 I've drawn five pentagons, three in black, one red, and one blue. Any two pentagons share at most one point in common. Let $G$ be the graph obtained by filling in the rest of the edges to that the pentagons become cliques of order $5$. Let $H$ be subgraph induced on the nine green vertices. Every vertex in $H$ has degree at least $5$ in $H$.

EDIT: Here is a picture of the induced graph $H$. I think I got all the edges, but there are at least enough to show that every vertex in $H$ has degree at least $5$. 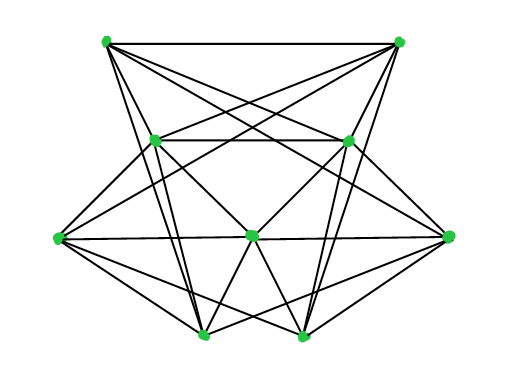 0
All even order graphs with $\Delta\ge\frac{n}{2}$ is Class 1
1
Clarifications regarding conformability in graph colorings
0
Highly asymmetric regular graph
0
If the core of a graph is a forest, then it is Class 1
1
A different version of list coloring
0
Decomposition of regular graphs
Question feed