A few days ago, i realized that one way to prove the Pythagorean Theorem is to dissect the given right-angled triangle into 2 triangles similar to it, and apply well-known properties of ratios of areas. So this fundamental theorem can be viewed as a consequence of the possibility to dissect a given right-triangle into 2 similar sub-triangles.

My question is: Which branch of geometry systematically studies dissections of general polygons (or other shapes) into other sub-polygons (sub-shapes) of a given type, and the metrical properties that emerge as consequences of these dissections?

My search is on-going, i have seen some relevant results & books, for example the problem of dissecting a random triangle into n similar triangles, and books on discrete & combinatorial geometry that border on the subject (but not studied them yet), so i'm asking for some further guidance towards a systematic exposition of the relevant theory, in 2D, 3D or more dimensions..

You might search for 'scissors congruence', which discusses which polyhedra (= higher-dimensional analogues of polygons) can be cut up to make which other ones. The question of whether you can cut a cube into finitely many pieces and reassemble to make a regular tetrahedron of the same volume was on Hilbert's problem list of around 1900, and was one of the first to be solved (when Dehn showed that it can't). I am not sure that this is exactly the sort of thing that you are looking for, but it is related and it's an interesting area of mathematics.

The following paper proves (1) that every polygon may be partitioned (dissected) into (a finite number of) non-obtuse triangles, and (2) into acute triangles: 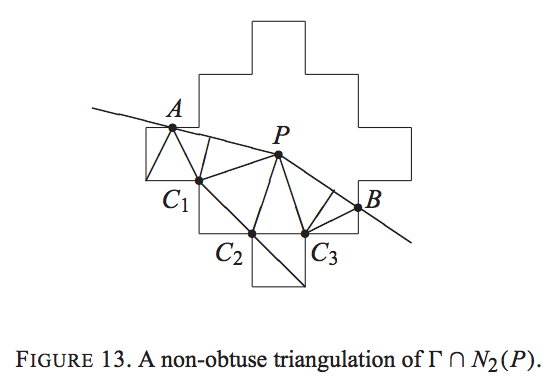 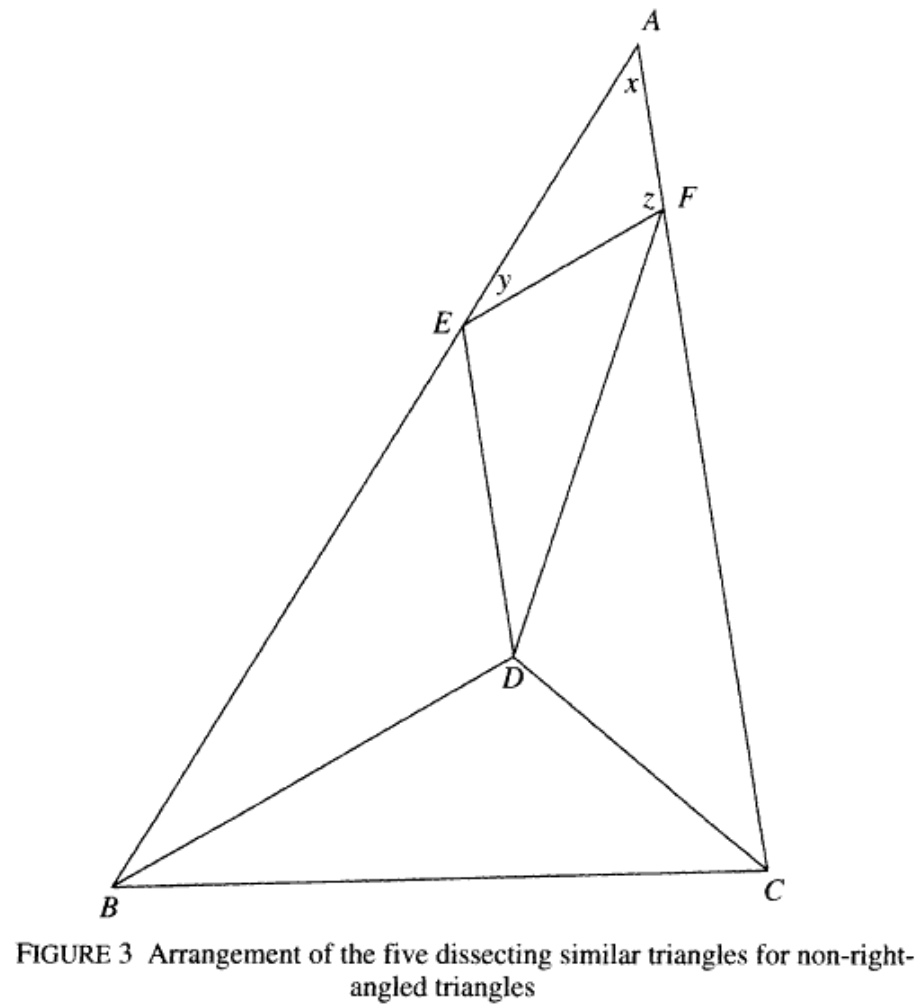 0
Why does the area function of a parallelogram have a nonintuitive geometric solution?
6
Geometric dominating set: NP-complete?
8
What's the name of this geometric mathematical modeling problem?
1
Computational Geometric Aspects of Greedy Tour Expansion
5
Cutting the unit square into pieces with rational length sides
Question feed