Growing a chain of unit-area triangles: Fills the plane?

Define a process to start with a unit-area equilateral triangle, and at each step glue on another unit-area triangle. 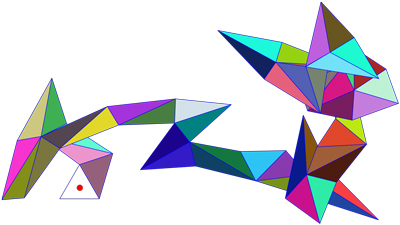 The point $p$ at each step is chosen according to a normal distribution $\cal N(0,1)$ centered on the midpoint normal vector to $e$, as illustrated below: 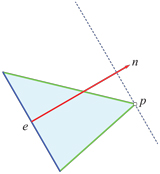 The location of $p$ follows a normal distribution. My question is:

Q. Does this process fill the plane in the limit?

I think Yes but am not certain. 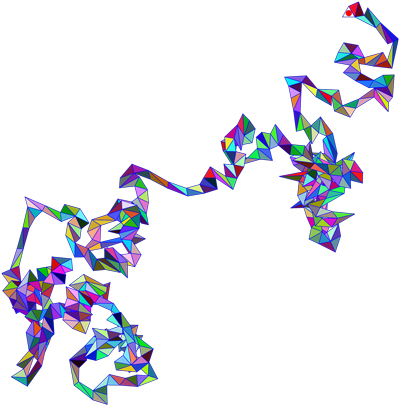 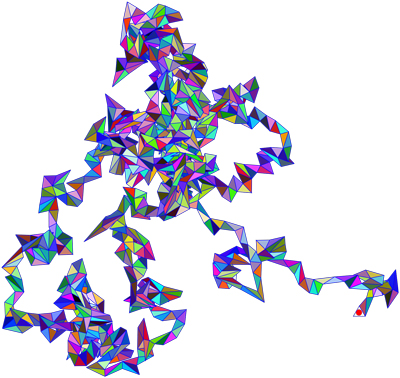 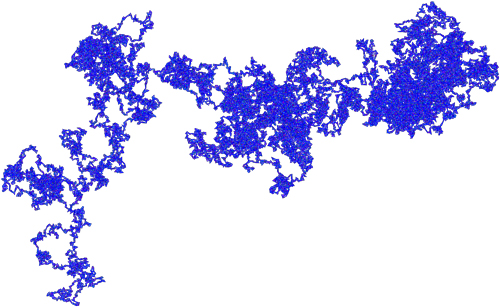 The matrix $A$ is strictly positive definite, by some algebraic manipulation combined with Cauchy-Schwartz and the non-degeneracy of the Markov chain on $X$; then rotation invariance guarantees that it is a constant multiple of the identity. The constant $A$ turns out to be the diffusion coefficient of the limiting Brownian motion in the heuristic picture.

Let's write $Q$ for the Markov operator of the full Markov chain on $Y = X \times \mathbf{R}^2$, so that $(Qg)(\tau,p) = (Pg)(\tau,p+f(\tau))$ (with the obvious abuse of notation). To show that the process eventually covers the whole plane, note that we can find a countable sequence of open sets $U_n \subset Y$ such that if the chain visits each $U_n$ at least once, then the corresponding triangle process will have covered the plane. (Simply take a dense enough grid $y_n \in \mathbf{R^2}$ and, for each $n$ take $U_n$ to be a small enough ball around $(\Delta, y_n)$ with $\Delta$ the standard equilateral triangle.) In other words, it suffices to show that the process is recurrent. By standard criteria (see for example Section 8.4.2 in the book by Meyn and Tweedie), it is enough to find a function $W \colon Y \to \mathbf R$ with compact sublevel sets such that $Q W < W$ outside of a compact set.

Not the answer you're looking for? Browse other questions tagged pr.probability mg.metric-geometry ds.dynamical-systems random-walks tiling or ask your own question.